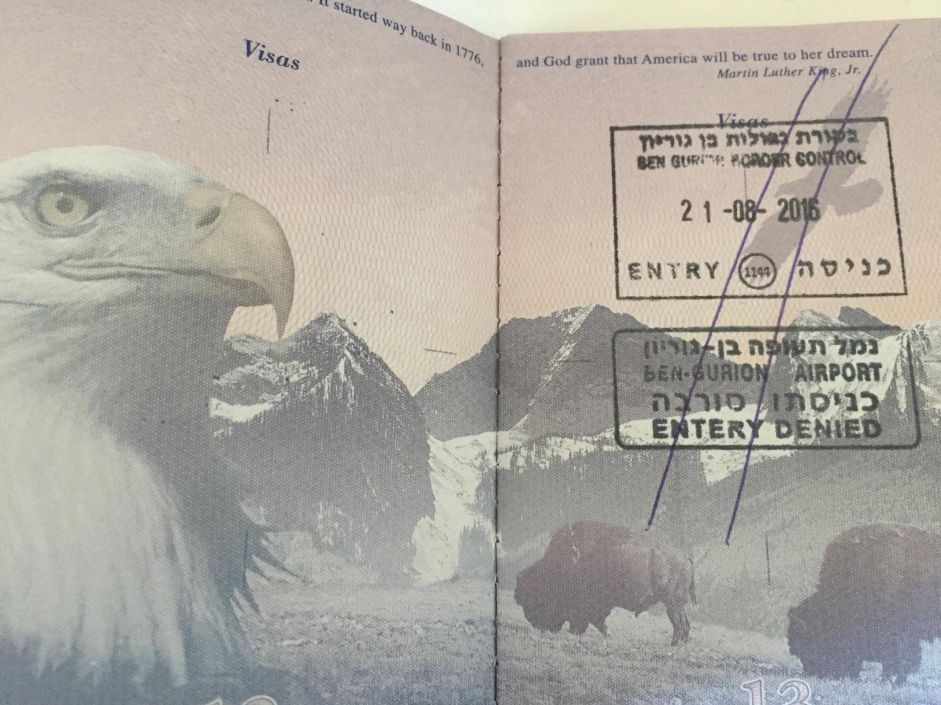 Euro-Med Monitor worker deported after trying to enter Israel to work with youth, women in Gaza

Geneva - The international secretary for the Euro-Mediterranean Human Rights Monitor and director of
We Are Not Numbers joined the growing number of peace and justice advocates who are being denied permission to enter Israel and the occupied Palestinian territories.

Pam Bailey, who arrived at Tel Aviv’s Ben Gurion Airport August 21 on her way to the Gaza Strip, was detained by the Israeli Border Police in a jail-like barracks for 11 hours—without access to her telephone or laptop—before being deported back to the United States. The Israeli border police also conveniently “lost” the suitcase of books Bailey was bringing into Gaza for youth there, including such dangerous topics as the latest Harry Potter story and a set of GRE study guides.

“Despite the fact that I already had been granted a permit to enter Gaza, the Israeli airport police said I was not allowed to enter the country due to my organization’s ‘illegal’ human rights work,” reports Bailey. “When I later consulted an Israeli attorney, I was told that Israel has created a growing blacklist of Palestinian and international NGOs it does not like due to their advocacy for human rights.”

Euro-Med Monitor monitors and reports on human rights abuses throughout the Middle East-North Africa region, with its headquarters in Geneva, Switzerland, and one of its primary field offices in the Gaza Strip. We Are Not Numbers, which Bailey founded and directs, is a Euro-Med project that trains Palestinian youth to be effective storytellers in both Gaza and Lebanon.

Bailey was on her way into Gaza to train a new group of writers, kick off a women’s empowerment initiative and supervise the production of a new report documenting Israel’s increasing crackdown on the entry of internationals into the Strip.

“Pam’s detention and expulsion from Israel without any evidence of wrongdoing or opportunity for appeal provided unexpected and personal documentation for the report now being prepared by Euro-Med Monitor,” says Inas Zayed, Euro-Med Monitor legal officer. “It is well known how Israel has deprived the Palestinians of Gaza of freedom of movement, but increasingly, Israel also is preventing internationals from entering. There is no defensible justification for such arbitrary denials and deportations, denying Palestinians of exposure to the outside world in every way possible.”

Earlier this summer, Israeli officials detained, interrogated and deported five Americans—including four black Muslims—trying to enter the country to "gain a better understanding of the situation on the ground," according to the U.S. Campaign to End the Israeli Occupation. Upon their arrival on July 17, a U.S. campaign staffer and four other members of the group — all carrying U.S. passports — were interrogated by Israeli border police about their backgrounds and political involvement. They then were deported.

Likewise, on August 15, Charlotte Kates, international coordinator for the Samidoun Palestinian Prisoner Solidarity Network, was denied entry to the West Bank by Israeli authorities at the King Hussein Bridge crossing in Jordan. Kates was attempting to join a delegation of European parliamentarians and lawyers in support of Palestinian prisoners.

The harassment and denial of NGOs and personalities has been long-running, although recently escalating. In 2014, for example, Israel denied entry to members of a UN inquiry into war crimes committed by Israeli military forces during Operation Protective Edge in the Gaza Strip.

In many cases, deportations are accompanied by blanket orders to stay out of Israel for 10 years.

“We all have to unite and start fighting back against this arbitrary discrimination against those who seek to peacefully hold Israel to account,” says Zayed.