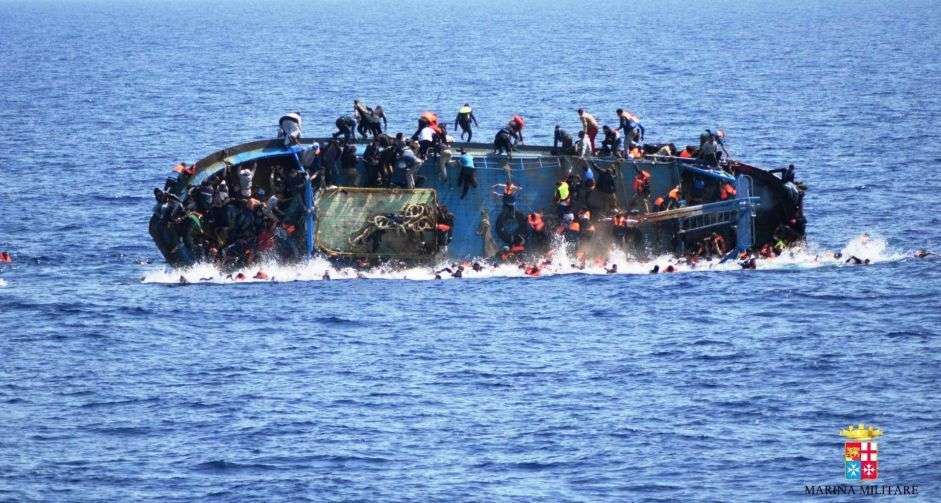 GENEVA - During the week of May 23-30 alone, an average of five migrants an hour downed in the Mediterranean Sea as they tried to flee to Europe. An analysis by the Euro-Mediterranean Human Rights Monitor shows that at least 80 boats, including 70 made only of rubber, attempted or made the journey—an increase of 60 percent over the previous week. Three of the boats capsized, and an estimated 800 migrants died before reaching their destination.

Since the beginning of 2016, more than 46,000 people managed to reach the Italian coast after disembarking from Libya, and another 1,400 drowned.

On April 26, nearly 500 migrants from Africa and the Middle East drowned after their boat departed Egypt for Italy. It capsized somewhere between Libya and Italy.

The incidents during the week of May 23 were markedly more serious. The first occurred on Wednesday, May 25, when a boat carrying about 650 people, most of them women and children, capsized just 65 km from the Libyan coast. Many of the passengers are still missing, but it is assumed more than 500 died.

A second incident occurred that Thursday and a third that Friday. About 14,000 of the total passengers were rescued; the remaining are presumed dead. Most of the boats launched from Libya’s village of Sabratha.

"This was the worst week of migrant loss this year, signaling this protracted crisis is not getting any better and the European Union must begin prioritizing rescue as least as much as it does the capture of smugglers,” says Sandra Owen, a Euro-Med Monitor researcher . “We know from survivor testimony that the smugglers, who crowded the migrants into flimsy, easily toppled boats, beat the migrants and raped some of the women. This must stop, and those who make it must be given refuge.”

Most migrants appeared to start their journey from Mitiga Airport in the Libyan capital of Tripoli, which is controlled by the Fajir militias. The deteriorating security situation in Libya and the chaos in surrounding countries has aided the smuggling networks, which trade in human beings and exploit destitution.

“In light of the UN Security Council’s inability to bring to an end the ongoing conflicts and deepening poverty throughout the Middle East and West Africa, the number of migrants and refugees seeking to escape will only continue to grow,” warns Owen. “There will be no solution as long as European nations construct walls and deport these desperate people instead of opening their doors and finding an equitable way of sharing both the burden and the opportunity that refugees bring.”