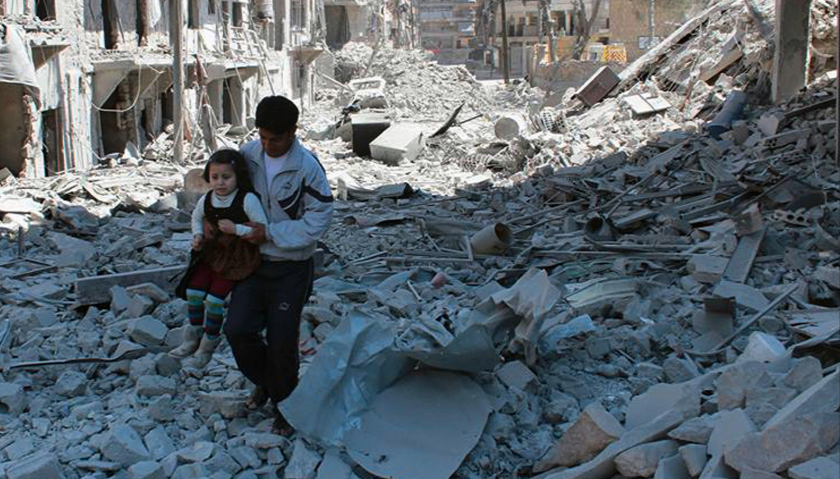 Geneva - Damage to European Union-funded projects in Palestine during Israeli attacks and other incursions is nothing new. However, a new report from the Euro-Mediterranean Human Rights Monitor finds that following the EU’s move last year to label Israeli settlement products, the number of union-funded projects demolished or confiscated by Israel increased dramatically.

In the first three months of 2016, the number of demolitions per month increased to 165 from an average of 50 during 2012-2015. Euro-Med estimates the total value of squandered EU aid money since 2001 is about€65 million—of which about €23 million was lost during the 2014 assault alone.
"It's the classic 'catch 22,'” says Cécile Choquet, Euro-Med Monitor Researcher. “Palestinians need help to rebuild, but as soon as they start to get back on their feet, Israel knocks them back down. And it’s having a significant chilling effect on the willingness of donors to continue the rebuilding of Gaza. This vicious cycle must end.”

Since 2012, information on damage to EU-funded projects has been inaccessible to both the media and human rights institutions, much less the general taxpaying public. Why? One European diplomat told Euro-Med Monitor confidentially that, "It might represent an embarrassment to the EU for not protecting its funded facilities properly." Thus, most relevant data are classified, and the Euro-Med research team relied primarily on field interviews, media reports and confidential diplomatic sources.

Since 1967, Israel has destroyed more than 48,000 Palestinian buildings in the West Bank and East Jerusalem, primarily to make way for Jewish-only settlements internationally recognized as illegal. This trend is continuing with no signs of stopping. During the first three months of 2016, Israel destroyed more houses and infrastructure built with European assistance in the West Bank than during all of 2015. More than 120 buildings financed by EU donors have been demolished.

At the same time, the three  Israeli assaults on Gaza between 2008 and 2015 destroyed many homes and infrastructure

Among the report’s recommendations are a call for the European Commission to investigate and publicly announce all destruction of and damage to European-funded projects on occupied Palestinian land, demand compensation from the Israeli government and respond with sanctions if it is not forthcoming, while continuing to invest in Palestinian development.

Caroline du Plessix, a French political scientist specializing in European policy, comments that, "There is no Palestinian state today. The question is: What are we funding? Are we helping Israel to maintain the occupation, or are we truly helping the Palestinians build their independence?”