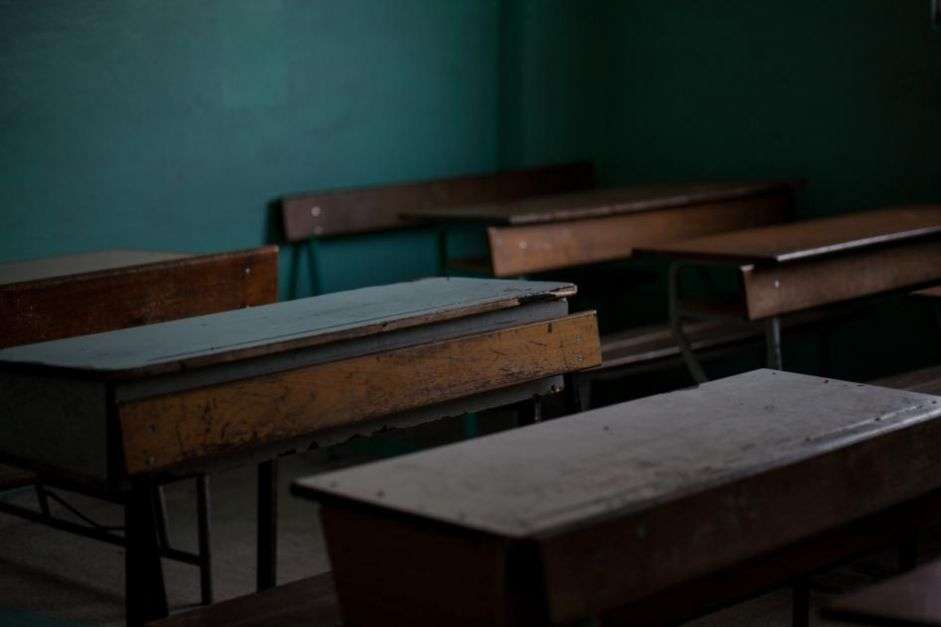 An empty classroom at a public school in Lebanon.
12 Jul 2016 Lebanon
Share On Copied

Brothers Mo’ayed, 13, and Majd, 18, cannot hear or speak, but they scored top marks at school in Raqqa, Syria, before fighting forced them to flee to Damascus. The brothers managed to stay in school in Damascus, despite having to get up at 5:00 am to get through all of the checkpoints. Eventually forced to flee to Lebanon, they have now been out of school for three years.

All children have the right to education without discrimination. But Syrian refugee families I spoke with in Lebanon said children with disabilities were either turned away from public schools or weren’t able to access quality education on an equal basis with others. While the government and humanitarian agencies have taken steps to enroll Syrian children in school, those with disabilities are being left behind. According to one disabilities rights expert, “For Syrians, the main option is that there is no option.”

Mo’ayed and Majd’s brother Khalid, 29, said that several schools in Lebanon have turned his brothers away. One said it did not accept foreigners, another charged $4,000 in fees, and a third said it did not have the capacity to include Mo’ayed and Majd. “I would travel anywhere as long as my siblings go to school and get health care,” he said. “I’ve lost hope.”

The lack of inclusive education in Lebanese schools predates the refugee crisis. A 2000 law guarantees access to education for children with disabilities, but Lebanon has done little to implement it. Instead, Lebanese children with disabilities enroll in special schools or government-subsidized institutions. Syrian families who cannot afford the unsubsidized costs may try to enroll their children in ill-equipped public schools, but are often rejected.

With the help of adequate, sustained support from international donors, the refugee crisis could be an opportunity for Lebanon to implement inclusive education in its public schools, ensuring that all children — including those with disabilities — have access to quality education in mainstream schools.

“Leave No One Behind” is one of the five core themes of the World Humanitarian Summit to be held in Istanbul later this month. Access to education is a right, not a luxury— international treaties including the Children’s Rights and Disability Rights Conventions guarantee the right to education for all children. Participants who gather for high-level meetings in Istanbul should ensure that in times of crisis, children with disabilities aren’t left out of the humanitarian response.