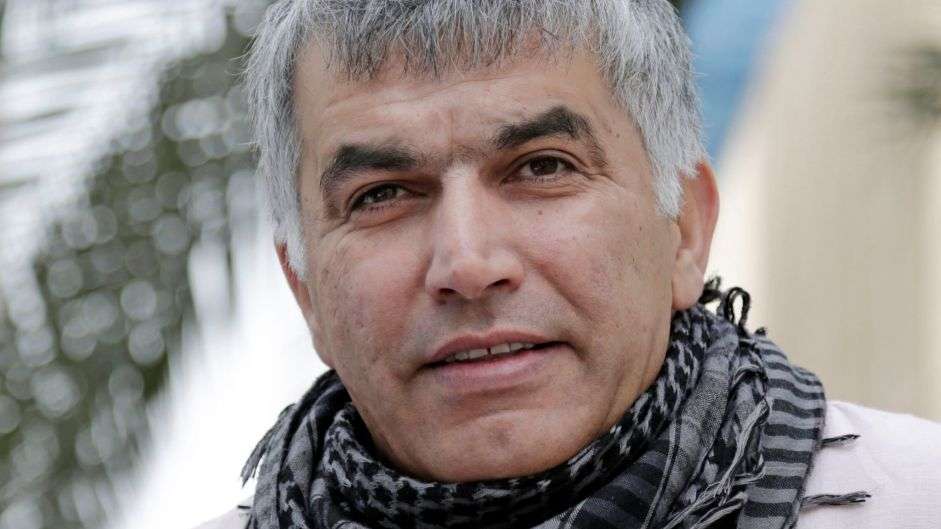 A spokesman said the US was "very concerned" about Mr Rajab's detention and charges filed against him.

Mr Rajab is reported to be facing fresh charges for writing a letter to the New York Times.

He has served several prison sentences since setting up the Bahrain Centre for Human Rights in 2002.

In his letter published in the New York Times on Sunday, Mr Rajab said he had been detained, mostly in isolation, in Bahrain since the beginning of the summer.

He said Bahrain had some 4,000 political prisoners and the highest prison population per capita in the Middle East.

"This is a country that has subjected its people to imprisonment, torture and even death for daring to desire democracy," he wrote.

Following the article, Bahraini prosecutors filed new charges against an unnamed man, who rights activists say is Mr Rajab, for "publishing a column in a foreign newspaper in which he deliberately broadcast news, statements and false rumours that undermine the kingdom's prestige and stature".

US State Department Mark Toner said in Washington: "We call on the government of Bahrain to release him [Mr Rajab] immediately.

"We have concerns about the state of human rights in general in Bahrain and we're engaging with the government... on all these issues."

Bahrain is home to the US Navy Fifth Fleet.

Mr Rajab has been a fierce critic of the Bahraini authorities and helped to lead anti-government protests which erupted in March 2011.

Demonstrators took to the streets, demanding more democracy and an end to discrimination against the majority Shia Muslim community by the Sunni Muslim royal family.

The protests were quelled by security forces after the authorities brought in troops from neighbouring Sunni-led Gulf states to restore order.