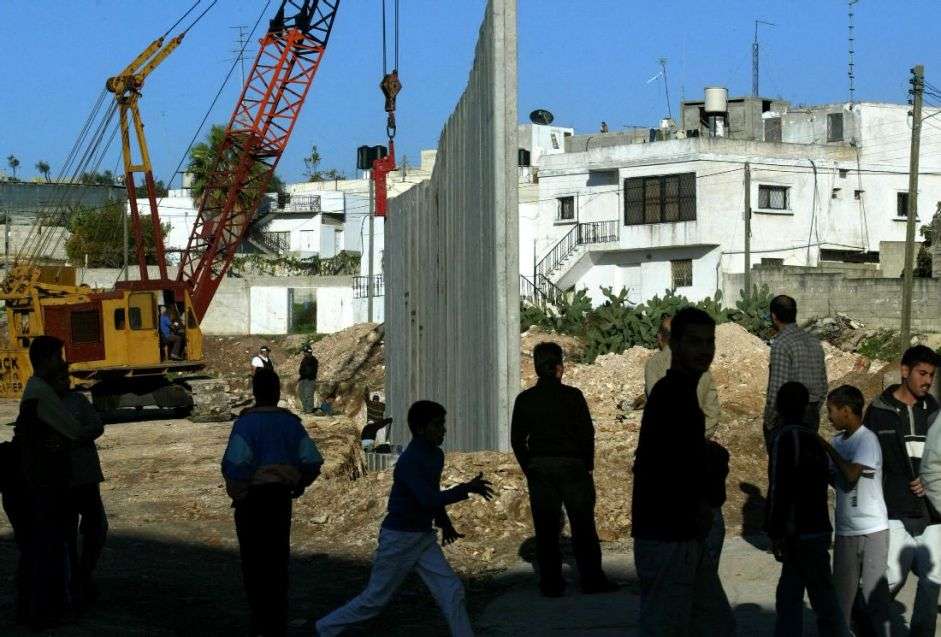 Geneva - The move by the Lebanese government to build a wall with guard towers around Ain El-Hilweh, the largest of the country’s refugee camps, is a particularly egregious example of its increasingly hostile treatment of refugees, warns the Euro-Mediterranean Human Rights Monitor.

“ Walls never address the root cause of problems; instead they only divide and oppress” says Pam Bailey, international secretary for Euro-Med Monitor. “This is a very disturbing suggestion of what can be expected from the administration of Lebanon’s new president, Michael Aoun, who treats refugees as ‘security threats’ rather than persons who require protection and can contribute to the economy if they are allowed.”

First established near the city of Sidon in 1948 by the International Committee of the Red Cross to accommodate Palestinian refugees forced out of their homes during the creation of Israel, Ain El-Helweh today is a town of more than 100,000—including many families who fled Syria’s civil war. Despite the fact that the majority of Palestinian residents were born in Lebanon, they are treated much the same as other refugees. The ability to work is severely limited, forcing them to rely on inadequate aid from international organizations and exposing them to exploitation by unethical employers. Some municipalities are imposing curfews on refugees, ordering night raids on their homes, evicting them or even making them clean the streets. And in Ein El-Helweh, construction began this week on a wall that will, if the government is not forced to stop, include four manned guard towers.

“The Lebanese army claims the wall is needed to prevent ‘wanted people from sneaking in and out.’ But what about the more than 100,000 peaceful people who live there?” asks Bailey, who recently researched and authored a comprehensive report for Euro-Med Monitor on the treatment of refugees by the Lebanese government. “Walls that require permits and extensive ID checks to go in and out, making it difficult to receive visitors, serve to further isolate and alienate. That will only breed more frustration, anger and resistance of all forms—the very things the government seeks to control with the wall.”

Euro-Med Monitor calls for work on the wall to be halted permanently. Instead, serious, sustained talks should begin on how to restore and protect the human rights of both Palestinian and Syrian refugees in ways that past experience in other countries have shown will contribute to the overall economic health of Lebanon. Once a serious commitment to this effort is demonstrated, international bodies should support it with substantial financial aid and technical expertise.

Unfortunately, President Aoun, who assumed office October 31, instead used his inaugural speech to parliament to call for the swift return of refugees to Syria, claiming that the refugee camps would turn into “security threats.”

Likewise, Lebanon’s foreign minister, Gebran Bassil, has warned that Syrian refugees “threaten the Lebanese identity”and told EU foreign ministers that sending refugees to safe zones in Syria is “the only solution.” Labor Minister Sejaan Azzi has said he wants to begin the transfer starting next year.

However, there are no safe areas in Syria at this time and prospects for the near future look dim.  Forcing Syrians to return would violate international law. Instead, Euro-Med Monitor urges the Lebanese government to adopt a UN proposal that all host countries for refugees provide the opportunity to apply for temporary citizenship, protecting them from exploitation, restoring their dignity and ability to support their families, and allowing the country to benefit from their presence through entrepreneurship, greater purchasing power and tax revenues.

“We understand the burden that an influx of more than a million new refugees has placed on Lebanon,” says Bailey, “which is why substantial foreign aid is deserved and required. However, the Palestinians and Syrians who have been forced to find refuge in Lebanon cannot be wished away and it is time for a solution to be negotiated that is just for all.”