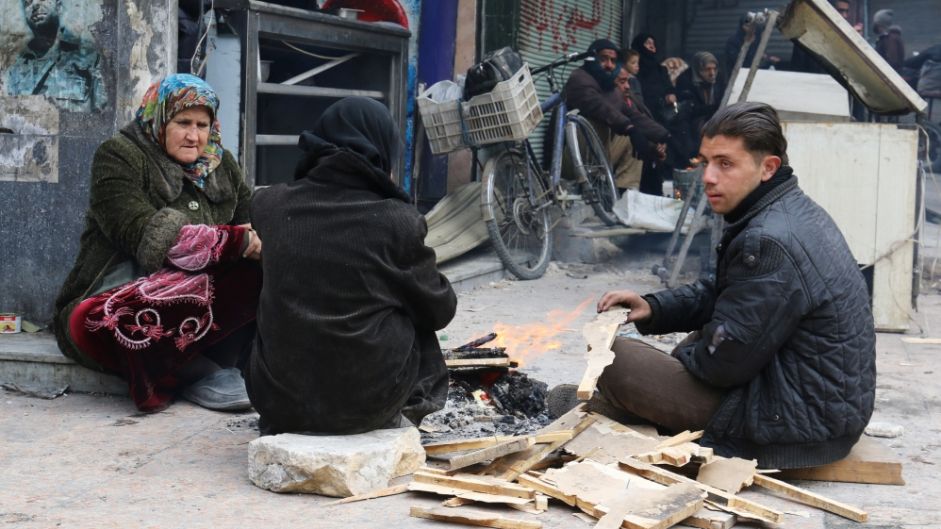 The evacuation of Syrian civilians and fighters from eastern Aleppo under a complicated agreement has resumed, after the Security Council in New York agreed on a draft resolution aimed at ensuring that UN officials can monitor the process.

The Security Council was expected to vote on the text on Monday, according to diplomats and UN officials.

Earlier, a number of buses meant to evacuate the fighters and their families were sent to eastern Aleppo as part of the deal to evacuate people from the rebel-held sector, in return for the evacuation of people from Al-Fua and Kefraya, two Shia-majority villages in Idlib province.

The Council had been scheduled to vote on Sunday on a French draft, but Russia, an ally of Syrian President Bashar al-Assad's government in the civil war, circulated a rival text.

Russia raised concerns about sending in UN officials unprepared to monitor the protection of civilians who remain in eastern Aleppo, which has been under government siege for years.

Samantha Power, the US ambassador to the UN, said the Security Council expected to "vote unanimously for this text" at 9am local time (14:00 GMT) on Monday.

Vitaly Churkin, Russia's UN ambassador, said: "I think we have a good text."

The UK-based Syrian Observatory for Human Rights (SOHR) said some of the buses that had arrived to Al-Fua and Kefraya came under attack and were burned.

"We understand the buses were empty at the time," said Al Jazeera's Imtiaz Tyab, reporting from Gaziantep on the Turkish-Syrian border.

"Really, what we're seeing is some sort of tit-for-tat situation which effectively puts any evacuations on hold."

Our correspondent was referring to the four people who reportedly were recently killed by Syrian government forces as they attempted to leave eastern Aleppo.

Reports said ambulances and buses were able to enter Foua and Kefraya late on Sunday after being prevented from entering for hours .

The SOHR said the evacuation operation would evacuate about 4,000 people, including patients, orphans and families.

The process ground to a halt on Friday after a disagreement between the rebels and a coalition of forces fighting for Assad's government, who wanted people to be allowed to leave Foua and Kefraya.

Over 15,000 people had gathered in a square in east Aleppo on Sunday for buses to take them to rebel-held areas outside the city.

Many had spent the night sleeping in the streets in freezing temperatures.

"In the evenings, it can go to -5C. They have access to very little food, fuel, water and medical supplies. The situation on the ground remains grim as people wait."

"We are under siege ... we are just surviving now. We are just staying alive."

Aleppo-based opposition fighters and their family members will be allowed to leave, in return for subsequent batches of people departing Foua and Kefraya, according to Syria's Al-Ikhbariya news channel.

Thousands of people were evacuated on Thursday, the first to leave under the ceasefire deal between the government and the rebels, which would end years of fighting for Aleppo and mark a major victory for Assad.

Those who were evacuated on Thursday were taken to rebel-held districts of the countryside west of Aleppo.

Turkey has said Aleppo evacuees could also be housed in a camp to be constructed near the Turkish border to the north.

Russia, which has provided military backing to Assad, has vetoed six Security Council resolutions on Syria since the conflict started in 2011.

Aleppo had been divided between government and rebel areas in the nearly six-year-long war, but a major advance by the Syrian army and its allies began in mid-November following months of intense air strikes.

The offensive forced the opposition fighters out of most of their strongholds within a matter of weeks.