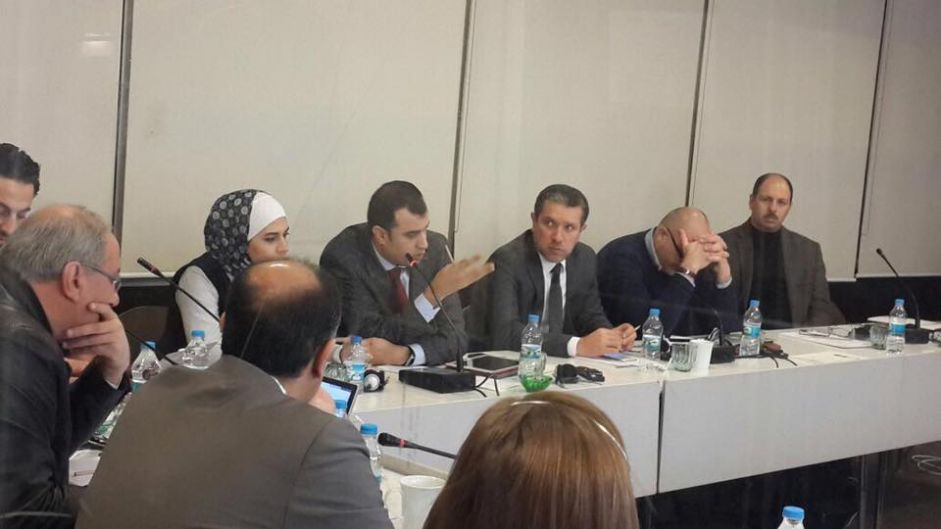 Geneva - A special meeting on the legal status and political participation of Syrian refugees and displaced persons was convened in Istanbul by the Transitional Justice Coordination Group in Syria, including Ramy Abdu, PhD, chair of the Euro-Mediterranean Human Rights Monitor.

Abdu presented a paper on the legal status of Syrians in Jordan, which has taken in 588,792 according to the High Commissioner of the United Nations for Refugees (UNHCR) and as many as 1.6 million by other estimates. When Palestinian as well as Iraqi refugees are added in, the number swells to more than 4 million. Abdu pointed out that Jordan has not signed the UN Convention of 1951 relating to the status of refugees, which guarantees they will not be expelled from the country in which they seek asylum. However, Jordan has signed a memorandum of understanding with the UNHCR, allowing it to assume responsibility for refugees’ humanitarian affairs inside its territory.

The meeting on transitional justice was attended by human rights activists and representatives of international and civil society organizations, and also discussed the legal status of Syrians in other neighboring countries such as Lebanon, Turkey and Iraq. Inas Zayed, Euro-Med Monitor legal researcher, reviewed the situation in Iraq.

The sessions concluded with several recommendations to improve the conditions for Syrian refugees, including providing transitional justice by integrating refugees and displaced person in the political and decision-making process.