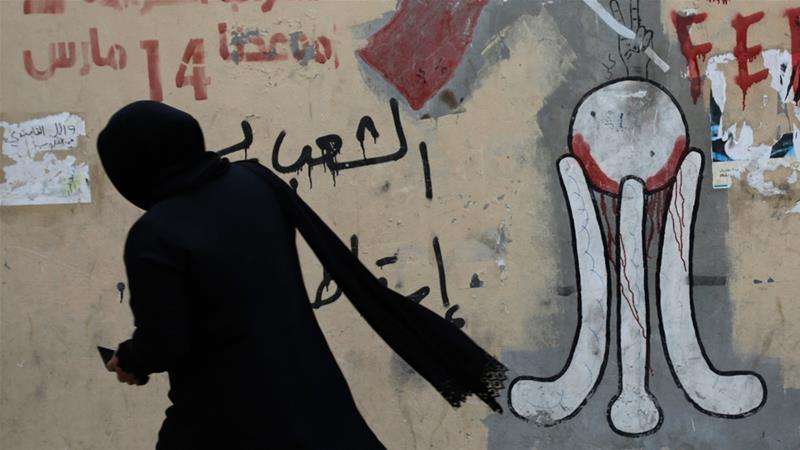 Police in Bahrain have carried out a dawn raid against supporters of a Shia cleric who is on trial in the kingdom, during which one man was shot and wounded, witnesses said.

Security forces carried out the operation early on Thursday in the village of Diraz, west of the capital, where protesters have been staging sit-ins since authorities revoked Sheikh Isa Qassim's citizenship in June.

A 21-year-old man was treated in hospital for a bullet wound to his head after the raid, human rights campaigners quoting a medical source told the AFP news agency.

An Associated Press news report said one person who was allegedly "tortured" later died of his wounds.

A video posted on social media showed men in black uniform firing at protesters, who were throwing rocks at them.

The trial of the 75-year-old cleric on charges of illegal fundraising and money laundering opened in July.

A new hearing is scheduled for Monday.

Qassim has been accused by the interior ministry of "serving foreign interests".

Bahrain has been rocked by unrest since security forces crushed Shia-led protests demanding a constitutional monarchy and an elected prime minister in 2011.

The head of the was arrested in December 2014 and sentenced to nine years in prison after being convicted of inciting hatred.