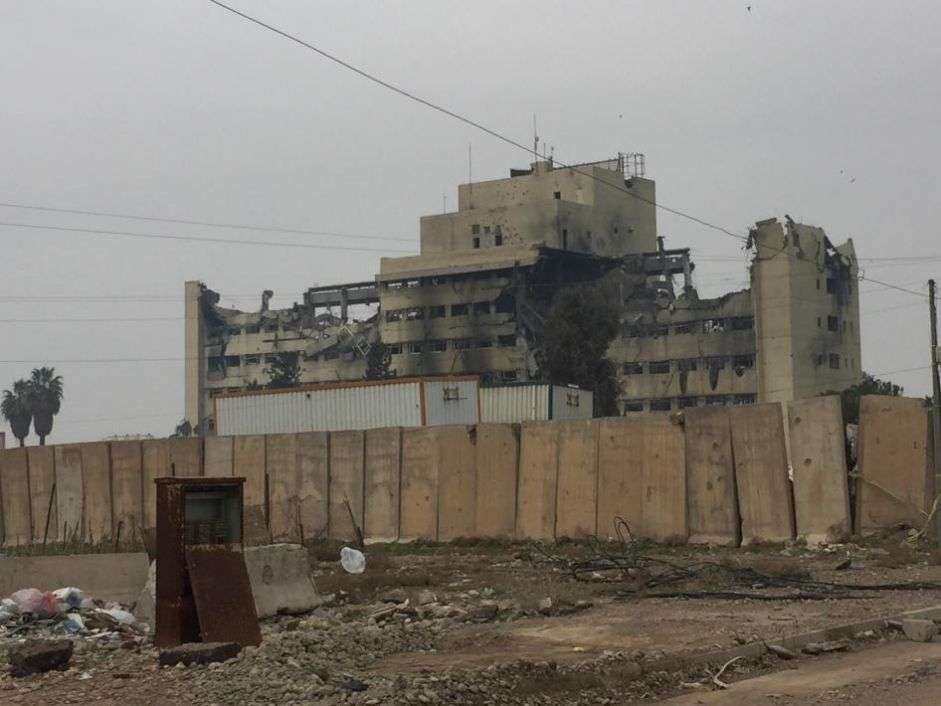 After the battle around the al-Salam hospital in Wahda neighborhood, ISIS dragged seven Iraqi soldiers’ corpses through the streets. One resident told Human Rights Watch that several days later he saw the bodies of three soldiers hanging from a bridge. The area is no longer under ISIS control.

“As the battle for Mosul unfolds, we are finding that ISIS is regularly occupying medical facilities and placing civilians and staff there at risk of incoming attacks,” saidLama Fakih, deputy Middle East director at Human Rights Watch. “Shamefully, ISIS fighters have also taken to advertising their abuses on the streets, as they did with the soldiers’ bodies.”

Under the laws of war applicable to the armed conflict in Iraq, hospitals and other medical facilities receive special protection. Armed forces or groups should not occupy medical facilities, undermining their protected status and placing civilians and civilian objects at risk. Even when medical facilities are used for military purposes, they are only subject to attack after a warning has been given, setting a reasonable time limit, and after the warning has gone unheeded.

On October 17, 2016, the Iraqi central government and Kurdistan Regional Government, with the support of the United States-led international coalition, formally began military operations to retake Mosul, Iraq’s second-largest city, which ISIS fighters captured in June 2014. By early November, the army entered neighborhoods in the eastern part of the city. On January 24, 2017, Prime Minister Haider al-Abadi announced that all of eastern Mosulhad been retaken, while the western half of the city remained under ISIS control.

A staff member at al-Salam Hospital in Wahda neighbourhood of eastern Mosul said that when ISIS took control of Mosul, it set up a consistent presence of about 10 fighters inside the hospital, and took over its administration.

Three neighborhood residents, including the hospital worker, said that on December 6, as 9th Division soldiers reached the hospital entrance, all patients who could fled. On December 7, projectiles started targeting the hospital, said eight neighborhood residents, including the staff member. The hospital worker said he saw ISIS bring in about 100 additional fighters. Some hospital staff and some patients who could not flee hid in the basement, and in an administrative office, as fighting raged until the early hours of December 9, when the Iraqi forces pulled back. Human Rights Watch has not yet been able to verify whether any civilians were wounded in the fighting.

At about 11 a.m. on December 9, residents said, they saw ISIS fighters driving a pickup truck down the main street leading from the hospital, dragging the bodies of three soldiers in uniform, with bullet holes but no further signs of mutilation, by their legs. A second car dragged another three, and a motorcycle dragged a seventh.

“We just stood there on the street, horrified,” one resident said. “ISIS used to come to the neighborhood and give us these videos of executions, telling us we needed to watch them, but we ignored them and didn’t. So witnessing this was just so awful.”

Five other residents said they saw the motorcycle dragging the body, but not the other two vehicles, as the drivers went down different streets. One resident said that as the motorcycle passed him, an ISIS fighter about 15 years old fired twice at the corpse but missed. He also said that four days later, he was traveling through a nearby neighborhood and saw the bodies of three uniformed soldiers with bullet holes in their heads hanging by their shoulders from a bridge.

Under the law of armed conflict, all parties must take all possible measures to prevent the dead from being despoiled. It is a war crime to “commit outrages upon personal dignity,” which includes dead bodies.

Human Rights Watch has previously documented abuses by members of the Iraqi Security Forces and Popular Mobilization Forces, known as the PMF or Hashd al-Sha’abi, which are also under Prime Minister al-Abadi’s direct command, dragging bodies of ISIS fighters in the town of Qayyarah and in the city of Fallujah.

Iraqi criminal justice authorities should investigate all alleged crimes, including unlawful killings and degrading treatment of bodies by any party to the conflict, in a prompt, transparent, and effective manner, up to the highest levels of responsibility. Those found criminally responsible should be appropriately prosecuted.

This is also not the first time ISIS fighters have positioned themselves inside medical facilities in Iraq. ISIS fighters occupied a clinic in the town of Hammam al-Alil, 30 kilometers southeast of Mosul, which was then hit by an airstrike without warning on October 18, killing at least eight civilians.

ISIS had also been occupying the second floor of Fallujah General Hospital for several months before an airstrike hit the hospital at 8 p.m. on May 25, without warning. The attack damaged the emergency room and other parts of the facility. Local doctors told Human Rights Watch that ISIS also had offices in clinics in Qayyarah, 60 kilometers south of Mosul, and Jadah, 65 kilometers south of Mosul, when they controlled those towns. A senior healthcare worker at the Hammam al-Alil clinic said that doctors at various Mosul facilities told him that ISIS has offices in all the facilities they work in – the Republican, Ibn Sina, al-Salam, and Mosul General Hospitals.

“Abusive retaliation is not the right response to ISIS abuses,” Fakih said. “Iraqi security forces should demonstrate their commitment to protecting civilians on the front lines and to achieving justice for victims of ISIS abuses before courts that provide fair trial rights.”