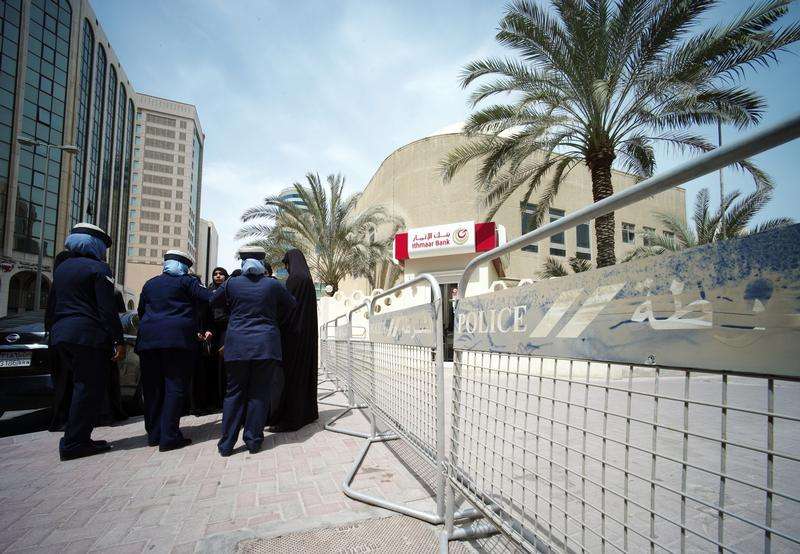 (Beirut) – Bahrain’s Council of Representatives on February 21, 2017, approved an amendment to Bahrain’s Constitution that would enable military courts to try civilians, in violation of international fair trial standards, Human Rights Watch said today. The amendment goes next to the upper house of parliament and then to King Hamad bin Isa Al Khalifa for his final approval.

Bahrain’s Constitution currently limits the jurisdiction of military courts to offenses by security forces. An explanatory note on the proposed amendment cites the “spread of terrorism in the region” and military courts’ “flexibility” and “speed” in investigating and sentencing to justify removing this restriction. Human Rights Watch has documented persistent and systematic fair trial violations in trials of political dissidents in Bahrain before both civilian and military courts.

“Bahraini courts – civilian as well as military – have been part of the machinery of repression that makes a mockery of fair trial standards when it comes to political dissent,” said Joe Stork, deputy Middle East director at Human Rights Watch. “Injecting more speed and flexibility into a justice system in Bahrain that is already highly unjust is the wrong way to go.”

The last time Bahraini military courts prosecuted civilians was in the aftermath of largely peaceful anti-government protests in 2011, when they convicted approximately 300 people of political crimes.

Article 105(b) of Bahrain’s 2002 Constitution states that “the jurisdiction of military courts shall be confined to military offenses committed by members of the Defense Force, the National Guard, and the Security Forces.” On January 31, 2017, a member of Bahrain’s National Assembly, Mohamed al-Ahmed, posted an image of the proposed amendment and an explanatory note to social media. The proposed change, as drafted by Bahrain’sLegislation and Legal Opinion Commission, removes the reference to the jurisdiction of Bahrain’s military courts from the constitution, and states simply that “the law regulates the military judiciary and shows its competencies with regards to the Bahrain Defense Force, the National Guard and the Public Security Forces.”

The explanatory note that accompanies the proposed amendment states new language “that extends the mandate of the military justice system to include crimes that are defined by the law” is “essential,” and goes on to say that “the nature of offenses committed against the security apparatus make the military justice system flexible and speedy in investigating and sentencing.”

Article 120 of Bahrain’s Constitution states that proposed amendments to the constitution require the approval of two-thirds of both chambers of parliament and of King Hamad.

According to the November 2011 report of the Bahrain Independent Commission of Inquiry (BICI), an international panel the king appointed to look into abuses in the response to the 2011 protests, these courts convicted approximately 300 people of political crimes in prosecutions designed “to punish those in the opposition and to deter political opposition.” King Hamad, in June and August 2011, issued decrees effectively transferring pending military court cases to civilian courts, which upheld scores of the convictions solely for exercising basic rights of freedom of expression and peaceful assembly.

Since 2011, Bahrain’s civilian courts have regularly convicted defendants of purported crimes that involved nothing more than the defendants’ expression of political views. To justify sentencing prominent opposition activists to long prison terms, a civilian court found that while unlawful means, such as the use of force, must be employed to qualify an act as terrorism, the force “need not necessarily be military [askari],” because terrorism can be the result of “moral pressure.”

International human rights bodies have determined that trials of civilians before military tribunals violate the right to be tried by a competent, independent, and impartial tribunal. The Human Rights Committee, the international expert body that interprets the International Covenant on Civil and Political Rights, which Bahrain ratified in 2006, has stated that civilians should be tried by military courts only under exceptional circumstances and only under conditions that genuinely afford full due process.