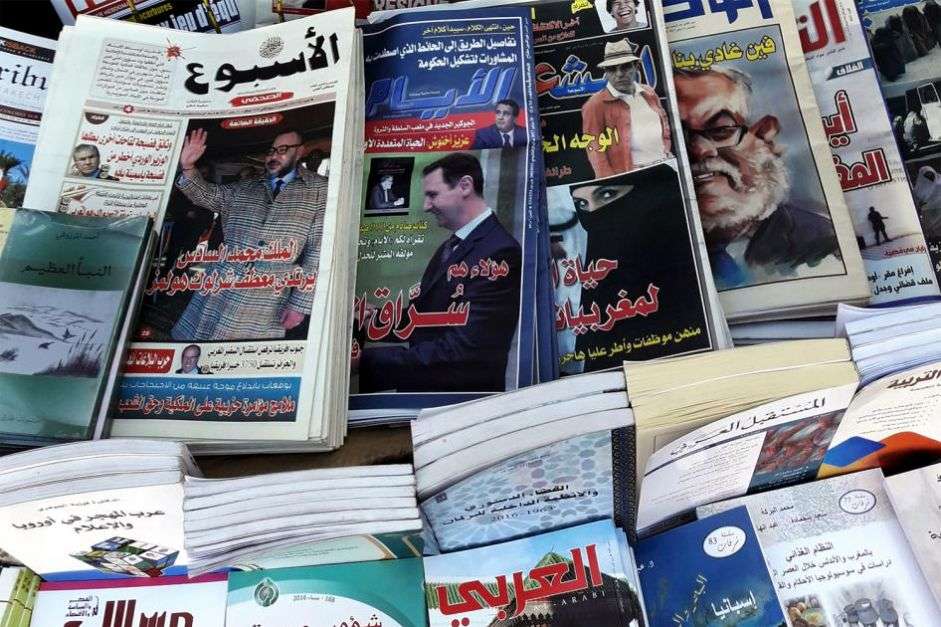 (Tunis) – Morocco’s recent overhaul of its speech laws leaves intact the country’s famous red lines on critical speech, as well as other provisions that could land people in prison solely for peaceful expression, Human Rights Watch said in a report released today.

The 36-page report, “The Red Lines Stay Red: Morocco’s Reforms of its Speech Laws,” compares the new laws with those they replaced, and urges Morocco’s recently formed government and the parliament elected in October 2016 to adopt legislation decriminalizing all nonviolent speech offenses. Restrictions under the country’s penal code undercut the positive features of the new laws, Human Rights Watch said. Notably, the revised penal code maintains prison as punishment for speech that harms the monarchy, the person of the king, Islam, and Morocco’s “territorial integrity” – the “red lines” that limit critical discussion of some of the key issues in the kingdom.

Moroccan courts have imprisoned journalists and others, including rappers, in recent years solely for peaceful criticism of the authorities, under both the press and penal codes. The new Press and Publications Law maintains most of the speech offenses in the previous 2002 law in the same or a slightly altered form, eliminating imprisonment as a punishment, while maintaining fines and court-ordered suspensions of publications.

The penal code, by contrast, in addition to the new provisions imposing prison or a fine as punishment for “red line” offenses, maintains prison terms for a range of other speech offenses. Those include defaming state institutions, insulting public agents who are performing their duties, praising terrorism, inciting hatred or discrimination, and denigrating court decisions with the intent to undermine the authority or independence of the judiciary. Many of these offenses are defined broadly, increasing the risk that judges will use them to suppress speech.

Moustapha Khalfi, who served as government spokesman and communications minister from 2012 to 2016, developed and promoted the Press and Publications Law. In responding to a letter from Human Rights Watch, Khalfi, who continues in his role as government spokesman, rightly presented as advances a number of the legal reforms governing speech. These include making prison time for many speech offenses optional instead of mandatory, reducing some penalties, narrowing the definition of certain offenses, eliminating the government’s authority to seize or suspend publications without a court order on the basis of political content, and making it easier for a person accused of defamation to present evidence in court of the truthfulness of an assertion. In addition, the new laws eliminate prison altogether as a punishment for the offenses of defaming individuals and offending foreign officials and diplomats.

He also defended the penal code provisions that continue to impose prison as punishment for nonviolent speech, saying these are consistent with international or comparative law. He said, for example, that other countries also penalize insulting state institutions.

Human Rights Watch rejected that argument, however, based on requirements under international law. For example, the United Nations Human Rights Committee, which interprets the International Covenant on Civil and Political Rights – which Morocco ratified in 1979 – has stated: “In circumstances of public debate concerning public figures in the political domain and public institutions, the value placed by the Covenant upon uninhibited expression is particularly high…States parties should not prohibit criticism of institutions, such as the army or the administration.”

The Moroccan authorities should abolish laws that are indefensible under international conventions that affirm the right to freedom of expression, Human Rights Watch said. These include the penal code articles criminalizing the defamation of state institutions, and “causing harm” to Islam. For speech restrictions that do have a basis under international law, such as those related to glorifying terrorism and “inciting against territorial integrity,” Moroccan authorities should clarify and narrow the definition of the offense so that it meets a need in a democratic society, such as to prohibit incitement to violence.

“The government of Morocco is presenting its new press law as big news,” Whitson said. “But only if parliament fixes the penal code so that Moroccans will no longer face prison for nonviolent speech – and better yet, if it decriminalizes speech acts that shouldn’t be offenses in the first place – will Morocco’s press law deserve to be a front-page story.”