Children exploited by all factions in Iraq 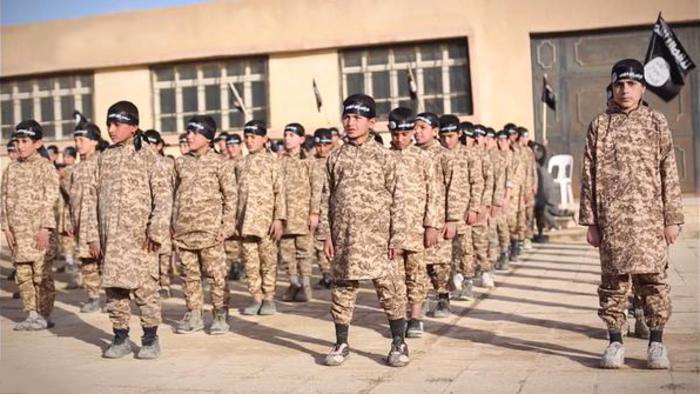 Geneva - Child labor is at crisis levels in Iraq, with compulsory recruitment by armed groups on the rise, say researchers from the Euro-Mediterranean Human Rights Monitor. An estimated 11 percent of Iraqi workers now are children, often slaving in harsh and degrading conditions.  Others are conscripted to right by one of the many competing armed factions in Iraq.

Research by the Euro-Mediterranean Human Rights Monitor shows that child labor has been on the rise in Iraq since the middle of 2014, after the Islamic state took over one-third of the country, displacing about 10 percent of families. Since then, according to the United Nations Children's Fund (UNICEF), 3.6 million Iraqi children have been exposed to the risk of death, serious injury, physical violence, kidnapping or recruitment by armed factions.

The Islamic State, also called ISIS, has recruited more than 1,000 children between the ages of 9-15 and trained them to fight and carry out suicide attacks. Children also are used as human shields, and forced to carry heavy equipment and build berms out of sand bags.

Other culprits are Shiite militias that enroll children in “summer camps,” then train them in the use of weapons, especially in the province of Najaf, southwest of Baghdad. Likewise, the Iraqi Islamic Supreme Council, composed mostly of Shiite soldiers, publicly advertised in Najaf's streets, calling children to join its training camp and urging parents to register their sons and daughters.

Not to be left out, the Kurdish Peshmerga and the PKK party also recruit children, targeting both Kurdish and Yazidi families, and force them to fight and man security checkpoints.

Such child recruitment is a war crime and contravenes UN Security Council resolutions 1612 (2005) and 1882 (2009). It also is a criminal act according to the domestic laws of Iraq.

"Children in Iraq see no other choice but to work so they can earn money to provide for their families and themselves, especially in the suburbs of Baghdad,” says Mira Bishara, spokeswoman for Euro-Med Monitor. “They sometimes are forced to carry heavy loads or to inhale gases emitted by hot furnaces. They are destitute and have no options.”

Euro-Med Monitor calls on the actors, particularly the Iraqi government, to immediately prioritize the health and well-being of children. All involved parties must take serious steps to fulfill the requirements of the Convention on the Rights of the Child and the laws related to armed conflicts.