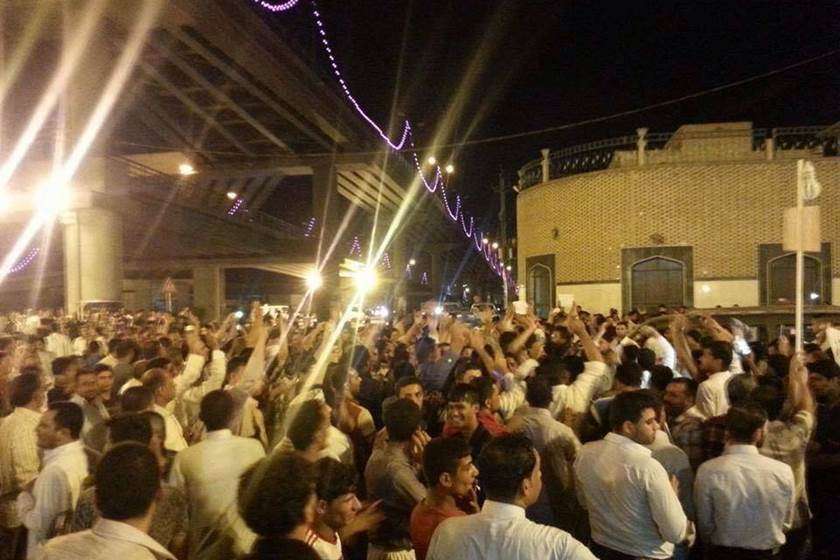 Geneva - The use of excessive force by Iraqi security forces against peaceful demonstrators must stop, says the Euro-Mediterranean Human Rights Monitor. Iraqi residents in southern Iraq were protesting “sectarian policies,” poor public services and the proliferation of weapons. One of the major incidents documented by a Euro-Med Monitor team occurred June 29.

The demonstrators gathered in Najaf, Dhi Qar and Basra governorates, demanding that the Iraqi government provide power and denouncing the poor management of resources and unequal dispersion of wealth. The government responded by using excessive force, resulting in the death of Ali Hatef Alsalami in the Alsakher neighborhood of Najaf governorate and the injury of five others—one of whom is in critical condition.

This incident wasn’t the first in which civilians were assaulted by government forces. The registry of the Iraqi security forces shows a history of intentional targeting of peaceful demonstrations in which thousands of civilians are killed.

The Iraqi government justifies these attacks by saying the demonstrations were “unauthorized” and planned by provocateurs. However, the Iraqi government’s actions conflict with the International Covenant on Civil and Political Rights, which Iraq signed and guarantees the right to demonstrate, freedom of speech and peaceful assembly.

Euro-Med Monitor calls for a fair and transparent investigation into the behind the death of demonstrators and the prosecution of the perpetrators in federal courts. In addition, the Iraqi government must take responsibility for the protection of its civilians and respect their right to freedom of expression and peaceful assembly.