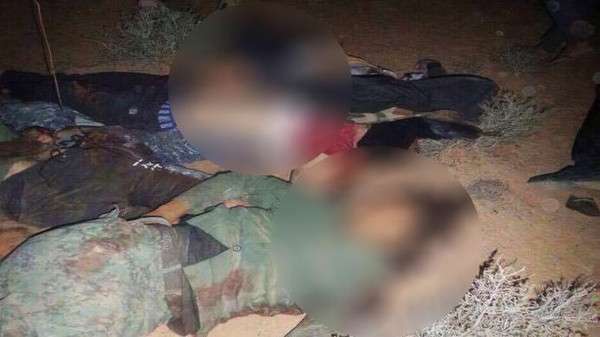 Geneva– Euro-Mediterranean Human Rights Monitor condemns the mass killings of 28 people in ​​the Warshefaneh area, to the south-west of the Libyan capital Tripoli. The massacre, which took place in the western military zone of the Government of National Accord’s Presidential Council, is a clear violation of the Third Geneva Convention relative to the treatment of Prisoners of War and its second additional protocol on Non-International Armed Conflicts.

A number of victims had been identified as members of armed groups from the Warshefaneh area. These men seem to have been executed by the forces of the Government of National Accord, says the Geneva-based Euro-Med Monitor, noting that the bodies showed marks of bullets fired from a close range as well as marks of torture.

The Red Crescent went to the area to take out the bodies, transferring 14 of them to the Al-Subay’a hospital, while the remaining bodies were taken to Tarhona hospital according to local sources. However, families were not allowed to take the bodies of their sons without any justification, added the same source.

Recently, mass executions have increased significantly in Libya, Euro-Med Monitor points out. Haftar’s forces have committed a mass execution at the end of last month in Abiar city, east of Benghazi. The massacre resulted in 36 civilians dead; they were handcuffed, with marks of torture all over their bodies.

The continuing mass killings carried out at an ever-increasing pace are deeply concerning, says Euro-Med Monitor , with no legal supervision, and with efforts to establish the rule of law apparently failing.

The Wadi Al-Hira area has witnessed a fierce and violent military operation since the beginning of this month, where forces of former Defense Minister Osama al-Juili have repeatedly bombed the neighboring Al-Aziziya village with heavy missiles and shells, killing civilians and destroying homes.

“The Warshefaneh massacre reflects a clear disregard for the rules of international humanitarian law,” states Ihsan Adel, Euro-Med’s legal advisor. He further stresses that the collapse of the judicial system and security in Libya have led to such crimes, especially with the lack of legal accountability, and the international community unjustifiably silent.

Euro-Mediterranean Human Rights Monitor calls on the Government of National Accord to assume responsibility and hold the perpetrators of such war crimes and crimes against humanity to account. Euro-Med Monitor further calls on all parties of the conflict to end the fighting throughout Libya and to help activate the work of the commissions of inquiry by the official authorities to deal with the current events in accordance with the dictates of law.