Decline of UNRWA services, consequences will be catastrophic 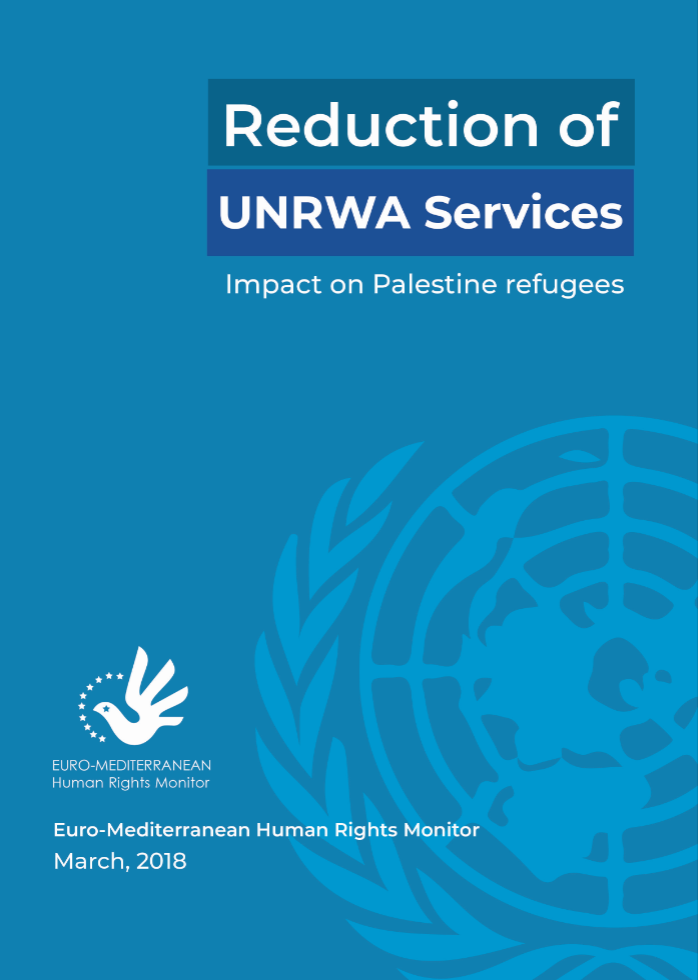 Since its establishment in 1949, the United Nations Relief and Works Agency for Palestine Refugees in the Near East (UNRWA) has been mandated to assist and protect Palestinian refugees in five areas of operations: Lebanon, Jordan, Syria, the West Bank, and the Gaza Strip. Now after 70 years since the establishment of UNRWA, the number of refugees exceeds five million. UNRWA's mission since then has been to provide aid and assistance to Palestine refugees. Such aid includes education, healthcare, relief and social services, as well as improving the quality of their refugee camps. This assistance is to be provided pending a just and lasting solution to their plight in accordance with UN General Assembly Resolution 194, which provides for the right of Palestinian refugees to return to their homes and to compensate those who do not wish to return. For Palestine refugees, the importance of UNRWA is not limited to it being the UN specialized agency that provides refugees with services during their decades-long expulsion, but that it also stands as a symbol for the United Nations’ responsibility for the current situation of refugees, which resulted mainly from the establishment of the State of Israel as per UN resolution of 1947. UNRWA's services to Palestine refugees include relief and social services, but providing these services has of recent become at stake. Israel has already called for terminating UNRWA’s work in preparation for closing the Palestinian refugee question, while the United States delegate to the United Nations, Nikki Haley, said on 2 January 2018: “The President has basically said he doesn’t want to give any additional funding, or may even stop funding completely, until the Palestinians agree to come back to the negotiation table”. Compared to previous years, the United States Administration has already taken actual steps reducing its contribution to UNRWA.

Subsequently, UNRWA published a statement on its website saying that the reduction has caused “the most dramatic financial crisis in UNRWA’s history,” and that it had to take several measures to keep funds available to its key programs until solving the current dilemma. Pierre Krähenbühl, UNRWA's Commissioner-General, promised that his agency will continue to provide its services to Palestinian refugees. As a result of huge US funding cuts however, in addition to the failure of the international community to take concrete steps to support the UNRWA, the financial crisis facing the agency has started to take its toll. To cope with this reduction, UNRWA has taken effective steps reducing both services to refugees, and number of staff.