Jordan: Legislation should be amended to end child marriage 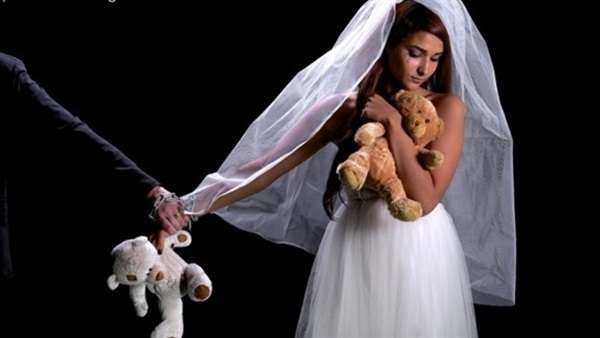 Geneva - The recent regulations made by the Jordanian Cabinet allowing marriage in Jordan from as young as 15 need to be reconsidered, warns the Euro-Mediterranean Human Rights Monitor, as they explicitly violate the provisions of the Jordanian Personal Status Law No. 36 of 2010 and endanger girls’ lives on social and cultural levels.

Under Article (3) of Regulation No. (1) of 2017 reducing the legal age of marriage to 15, the judge is authorized to decide whether marrying girls between 15 and 18 would be in their best interest and to have the marriage contract registered.

Article (3) contradicts Paragraph (B) of Article (10) of the Personal Status Law which requires the approval of the Chief Justice for the judge's decision to allow a minor girl’s marriage if it is necessary and serves her best interest.

Article (3) of the regulations scrapped the approval of the Chief Justice. With this article removed, there is no strict way of verifying whether the marriage is in the girl’s best interest. None of the 13 articles included in the regulations states the punishment when a judge fails to abide by the law.

In the last five years, about 51,000 minor marriages occurred, according to the annual reports issued by the Jordanian Magistrate's Court for the years 2012-2016. The number of marriages of underage girls in 2012 was 8,859 cases, while in 2016 the number rose to 10,907 cases, indicating a significant and dangerous increase in child marriages during the period covered by the report.

Most marriages of underage girls in Jordan has negatively affected the various aspects of their lives, especially depriving them of access to education. According to a 2017 study by the Jordanian Statistics Department, it appears that marrying girls at an early age hugely affects their ability to attend school, with 10,000 minor girls at risk of being denied education annually.

Compared to women married at an older age, underage girls are likely to suffer complications and health problems and are exposed to life-threatening risks during pregnancy and childbirth. Statistics from the UNFPA’s report on the state of the world population show that about 70,000 female adolescents die of complications during pregnancy and childbirth, while there are about 3.2 million unsafe abortions among adolescents annually.

Article 10 of the Jordanian Personal Status Law already needs amendment because it explicitly violates the rights of underage girls by failing to limit the legal age of marriage for girls to 18, and it allows their marriage at the age of 15 without the approval of the Chief Justice, said Tariq Abdel Razzaq, Euro-Med Monitor legal adviser, adding that, the Jordanian Cabinet’s regulations only contribute to increasing violations against girls.

Given the lack of monitoring or guarantees by these regulations for these girls’ rights, it is highly likely that they will fall prey to illegal practices, Abdel Razzaq added.

The Euro-Mediterranean Human Rights Monitor calls on the Jordanian authorities to review all legislation and regulations issued in regards to child marriage, to amend Article (10) of the Personal Status Law and to specify the age of marriage for girls at18 and to remove any related exceptions.

Euro-Med Monitor further calls on the Jordanian authorities to exert the necessary efforts to reduce the marriage of underage girls in Jordan, rather than taking measures to encourage the phenomenon.