Euro-Med Monitor calls on Europe to protect refugees from racism, notes that repatriation attempts are alarming 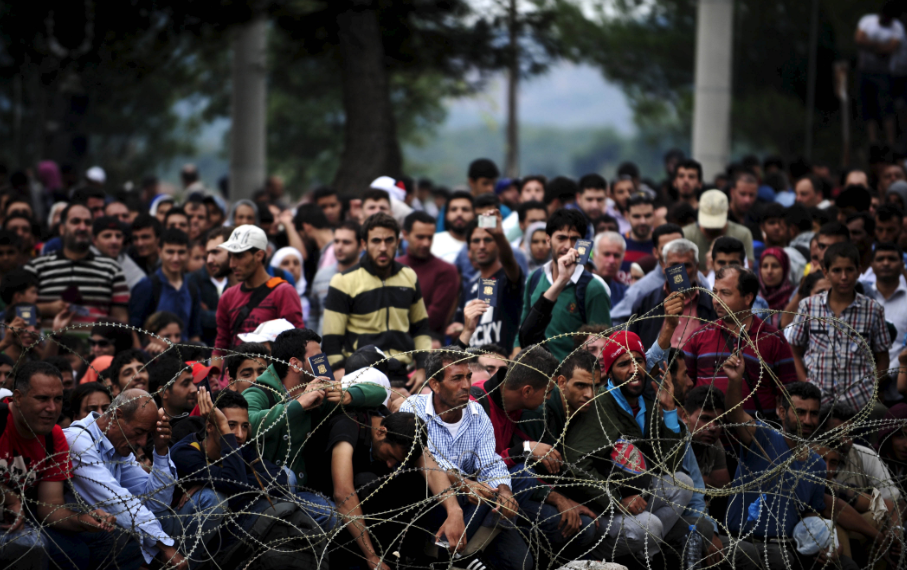 Geneva - The increasing European declarations that suggest racist views against the refugees fleeing war-torn countries, and Russian's announcement that it intends to repatriate Syrian refugees without guarantees of a safe, harmless return and stay in Syria are extremely alarming, says the Euro-Mediterranean Human Rights Monitor.

Such a step carries a serious impact, especially when refugees are threatened of harsh treatment by some Syrian officials upon returning back to their homeland, the nonprofit watchdog further warns.

The European Union (EU) should take a united stand concerning the treatment of the Syrian refugees in order to protect them from the mandatory repatriation while ensuring their safety under the auspices of the United Nations, said Euro-Med Monitor in a press statement.

Despite the fact that the military actions decreased in Syria, risk still exists, especially in regard to public executions, arbitrary detention, and enforced disappearance as well as fears that the Syrian security services would retaliate against their opponents.

"Russia is trying to spread the idea that the conditions are now suitable for the Syrian refugees to return back to their homeland in accordance with paragraph 14 of Security Council resolution 2254/2015," said Sarah Pritchett, Euro-Med's spokeswoman,

She further added that what actually exists on the ground is intermittent bombardment and continuous detention against the Syrians, with thousands held in Syrian prisons.

"It is necessary to adhere to the international human rights law in regard to the mandatory repatriation of refugees," stressed Pritchett, referring the 1951 Refugee Convention, which provides that "No Contracting State shall expel or return ("refouler”) a refugee in any manner whatsoever to the frontiers of territories where his life or freedom would be threatened on account of his race, religion, nationality, membership of a particular social group or political opinion.

"Refugees' repatriation under the current conditions is contrary to the Economic and Social Council resolution 1984/50, which guarantees protection of the rights of those facing the death penalty, which could be the fate of dozens of refugees in case they face executions in Syria," Pritchett added.

In a related context, the nonprofit human rights organization expressed concern over the increasing racist speeches by some anti-refugees parties in Europe that used the Russian claims regarding refugees' repatriation to intensify their campaign and put more restrictions on them, amidst calls for their expulsion.

Euro-Med Monitor also referred to Schönberg, a German town in the northwest of Mecklenburg-Vorpommern state, which became popular for campaigns of incitement and racial hatred against a Syrian refugee family whose youngest child died in a traffic accident on 20 June 2018.

According to the German Public Radio "Deutsche Welle", the police was notified that there was a swastika, the emblem of the German Nazi party, at the site of the accident two weeks and a half after his death. Three weeks later, the police was once more notified of the same exact swastika, with the same size and colors in the same place, which led the police to open an investigation into the accident, amid suspicions that the child's death had to do with his background.

In Sweden, the suffering of thousands of migrants has become a political issue that is being discussed in the upcoming internal elections rather than a humanitarian one.  Public opinion polls in Sweden suggest that Sweden Democrats Party, which is known for its hatred for refugees is now one of three major parties in the country, and it is expected to achieve good results in the upcoming municipal and parliamentary elections scheduled in next September.

In Denmark, on the other hand, restrictions against refugees have been intensified through the enactment of laws that limit providing them with financial aid and services, in addition to preventing women from wearing veils in public places, which Muslims see as the start of new restrictions affecting them.

Euro-Med Monitor has issued a report entitled "You are not from Here: Xenophobia and Discrimination against Refugees and Migrants in Europe" last June, in which it stressed that the EU, more than ever before, should take a firm stance against xenophobia and the violation of refugees and migrants' rights resulting from the right-wing extremist attitudes in Europe.

The Geneva-based organization has further documented testimonies of refugees who were subjected to threatening and assault in France, Germany, Poland, and other European countries.

Xenophobia and discrimination against refugees and migrants included physical abuse, arson, and murder, in addition to restricting the freedom of movement outside camps, reducing labor rights, or preventing laborers from expressing their religious identities, by preventing them from wearing veils, for example.

In conclusion, the nonprofit human rights organization stressed that the European governments should put a prompt end for the campaigns against refugees, and guarantee those who wish to return home voluntarily a dignified life under the auspices of the UN, so that they would not live in dangerous conditions or be subjected to retaliation or persecution by any party, calling for the reconstruction of Syria.