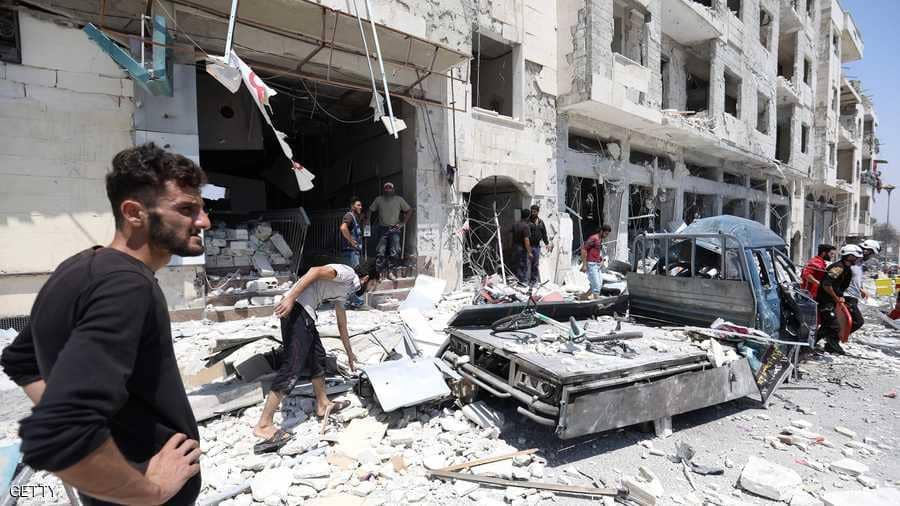 Geneva- The military operation intended by the Syrian Army against opposition and Islamist groups in the Syrian city of Idlib could leave civilians with severe and devastating humanitarian repercussions, says the Euro-Mediterranean Human Rights Monitor.

Idlib has a population of about 3,000,000 people, 50% of whom are displaced, and about 1,000,000 children, which raises concerns about the possible loss of human life, adds the nonprofit organization.

The nature of the distribution of armed opposition groups in the city and its overcrowding makes it difficult to target a single armed group without causing a humanitarian disaster, further states Euro-Med Monitor.

All parties to the conflict have a duty to abide by the rules of international humanitarian law and to spare civilians the aftermath of military operations.

International bodies are under an obligation to protect civilians, especially children, against possible massacres or war crimes, says the youth-led human rights group, calling on the United Nations, and UNICEF in particular, to mobilize an international movement to spare children the consequences of any possible military operation.

The Syrian Army has already targeted the town of Jisr al-Shughour in the countryside of Idlib. In an airstrike on Tuesday, August 4th, 13 civilians were killed, including six children.

Two other civilians were killed by artillery shelling targeting the southern suburbs of Idlib, causing dozens of casualties and injuries. In the last 24 hours, at least two children have been killed following airstrikes targeting the village of Hbait.

The region witnessed an unprecedented wave of displacement caused by fighting. The estimated number of the displaced since the beginning of the targeting earlier this month is about 30,000, thanks to the acute shortage of emergency relief services and the absence of life needs, such as temporary housing, health services, water and food.

What makes these people’s lives even worse is that they have already been displaced before.

With regards to international responsibility, countries should welcome refugees fleeing the conflict, in addition to supporting the neighboring countries of Syria so that they can receive more refugees and better support the ones they already have.

Testimonies have also confirmed that the Turkish border guards opened fire at Syrian refugees fleeing towards the Turkish territory, and arrested a number of them, including entire families, as was the case with the three-member family of refugee Ahmed Mustafa and that of Ahmed Muhammad during their attempt to enter the Turkish territory in August.

The protection of civilians must be a top priority for influential countries in Syria, especially Russia, America, Turkey and Iran, said Sarah Pritchett, Euro-Med’s spokeswoman, adding that they should give room for a political settlement to avoid more victims.

Pritchett also expressed concern that any military operations against Idlib would lead to war crimes by the different parties to the almost-eight-year-long conflict.

The Euro-Mediterranean Human Rights Monitor calls on the international bodies, particularly the United Nations and its agencies, particularly UNICEF and UNHCR, to work on all possible scenarios for targeting the city and its surroundings, and to develop urgent plans to ensure meeting the humanitarian needs of the displaced.