Euro-Med Monitor: Detention and torture of Saudi activists are no less cruel than Khashoggi's killing 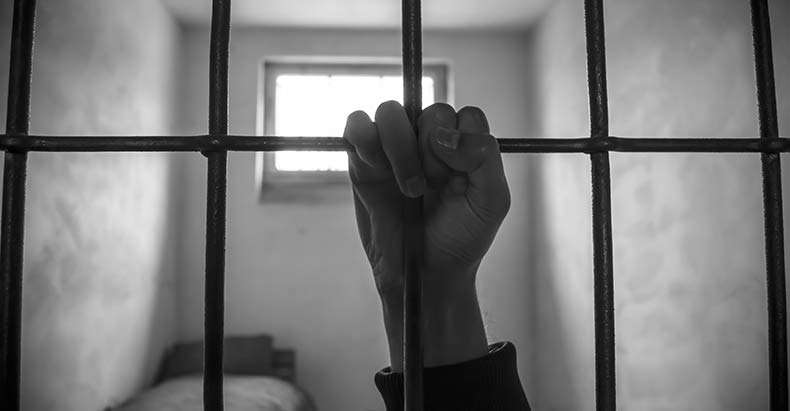 The Euro-Med Human Rights Monitor called on the Saudi authorities to determine the fate of dozens of activists and human rights defenders arrested during the past two years on the background of expressing their opinions. The continued detention of dozens of activists to date and statements confirming they were subject to torture, shocks, and sexual harassment are considered a serious violation that is no less cruel and dangerous than the killing of journalist Khashoggi in the Saudi Conulate in Turkey last October.

Despite all appeals by Euro-Med Monitor, the Saudi authorities continue to arrest women rights activists such as Loujain al-Hathloul, Aziza al-Yusuf, Eman al-Nafjan, Nuf Abdul Aziz and Misa al-Zahrani, and prominent preachers such as Salman al-Awda, Ali al-Omari, and Awad al-Qarni. The Geneva-based group pointed out that Saudi Arabia did not provide reasonable grounds for their detention to date where they were charged with arbitrary and loose charges such as working for foreign parties.

The group reported assaults on religious and national constants, noting that the Saudi authorities continue to impose a heavy blackout on their conditions in detention, with frequent leaks that the detainees are exposed to torture and cruel treatment.

Euro-Med Monitor explained that the Saudi authorities arrested activist Loujain al-Hathloul on 15 May 2018 because of her social media activism and her continuing demands to abolish laws preventing Saudi women from driving.

Human Rights Watch reported that al-Hathloul had been arrested several times before. She was arrested by the Saudi authorities in December 2014 after attempting to drive her car at the border between the United Arab Emirates and Saudi Arabia. She was released 70 days later and was prevented from traveling for several months.

In March 2018, the UAE security forces apprehended al-Hathloul while driving in Abu Dhabi, where she was completing her graduate studies. She was taken by a plane to a prison in Riyadh, where she was detained by the Saudi authorities for several days before being released, then she was prevented from traveling abroad, and was warned of using social media websites.

The Euro-Med Monitor pointed out that one of the senior officials in the Saudi authorities contacted al-Hathloul before the announcement of the decision of allowing Saudi women to drive in the Kingdom and warned her of commenting on this decision or talking about it on social media outlets.

Amani Al-Ahmadi,  Saudi Arabia human rights officer at the Euro-Med Monitor, said that the detention of al-Hathloul and other activists revealed the involvement of the Saudi authorities in several cases of illegal detention and torture of many women and men, mostly human rights activists and opponents of the Saudi policy.

Aliaa al-Hathloul, sister of Loujain, said in an article in the New York Times that the Saudi authorities arrested her sister Loujain on 15 May 2018 from her family’s home in Riyadh, and has not released her until today. “I was concerned about this news, especially as the Saudi authorities were about to lift the ban on Saudi women's driving in the Kingdom,” she noted.

On 19 May 2018, media outlets close to the Saudi authorities announced that five women had been arrested for treason and dealing with suspicious parties. The authorities expressed intention to imprison them for 20 years or sentencing them to death.

Al-Hathloul said her family received a call from her detained sister in prison, in which she explained that she was held in solitary confinement in a hotel whose name or place was unknown. She said that her sister was taken to the Dahban Prison in Jeddah where her parents were allowed to visit her once a month. She added that Loujain was shaking when her parents visited her and could not walk normally; apparently indicating that she had been tortured during her detention.

In December 2018, Loujain's parents visited their daughter at the Dahban Prison, where she told them that she was subjected to torture, beatings, sexual harassment, and water suffocation, as well as being subject to electric shocks and threatened of rape and murder. The parents added that they had noticed bruises on their daughter's thighs, which were confirmed by human rights and press reports.

Aliaa al-Hathloul mentioned that a senior Saudi royal adviser attended the interrogation sessions of her sister, and threatened her of rape, murder and dumping her body in sanitation. The Saudi official, along with six of his men, tortured her in the month of Ramadan, June 2018.

She added that a delegation from the Saudi Human Rights Committee visited her sister in prison. She told them about being tortured and asked them about the possibility of protecting her, but the delegation told her that they would not be able to protect her.

"It is a sad and ironic issue at the same time, and it appears that the role of the Saudi Human Rights Committee is only to decorate the image of the regime, and not to take serious action to monitor human rights and prevent violations,” said Amani Al-Ahmadi.

The Euro-Med Monitor calls on the Saudi authorities to immediately release al-Hathloul and all detainees on the basis of freedom of opinion and expression, stop illegal detention without fair trial as well as severely torturing detainees and activists, especially since this contravenes the provisions of laws on criminal procedures and the relevant legal obligations in accordance with national and international human rights laws.

The Euro-Med Monitor calls on the Saudi authorities to allow the detainees to communicate with their lawyers and families without restrictions and to allow independent international observers to visit al-Hathloul and other detainees to ensure their safety as well as the conditions of their detention. The human rights group called on ensuring that the Saudi authorities respect their obligations related to human rights covenants and international customary provisions which Saudi Arabia has ratified.