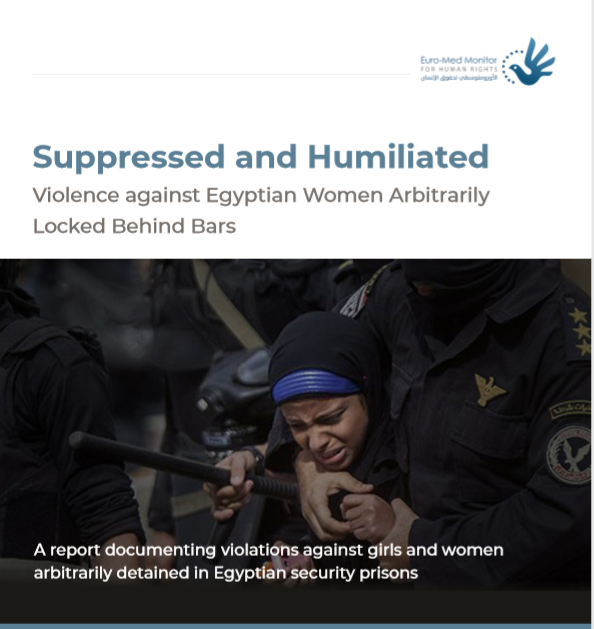 The Euro-Mediterranean Human Rights Monitor has recently recorded a remarkable increase in the number of women political prisoners and detainees in Egypt. The number of female detainees is currently 64, while those under enforced disappearance are currently 5, and their place of detention remains unknown.

The Egyptian constitution and domestic legislation provide for many laws that prohibit arbitrary detention and protect women in particular against all forms of violence, yet women in Egypt are facing violence, torture and other forms of ill-treatment in the broader community in general as well as in prisons and detention centers in particular.

Egyptian women, especially those with political affiliations opposed to Egypt's ruling system, continue to be abused and harassed. Observing the situation of Egyptian women locked behind bars, Euro-Med’s team has uncovered some of the grave violations against female detainees’ fundamental rights. These violations have been exercised outside the legal boundaries and against the binding regulations.

Euro-Med Monitor stresses that officials in detention centers and prisons are immune to legal accountability, even with regards to the mistreatment of female prisoners, thus allowing the perpetration of violations and abuses to continue unabated and with impunity.