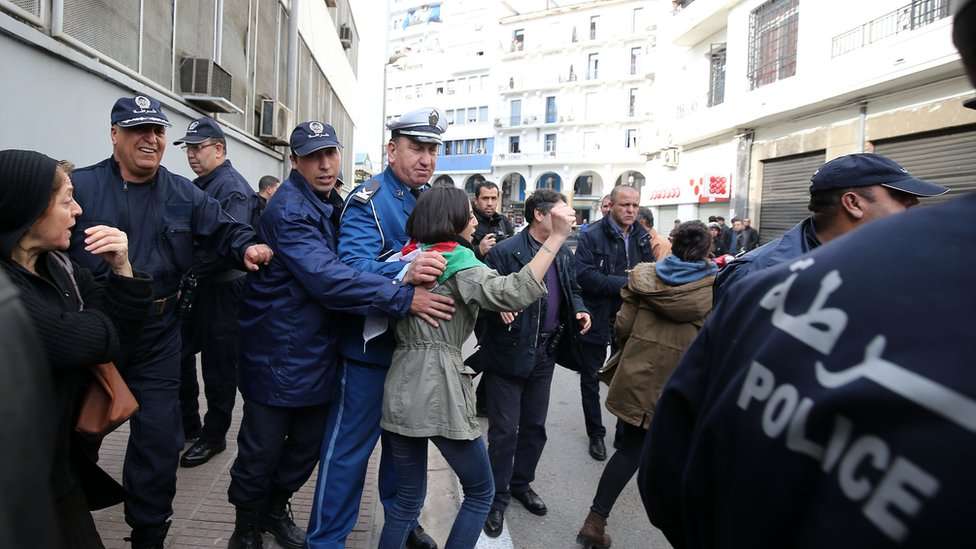 Hundreds of Algerian demonstrators took to the streets on Friday in several states, including the capital Algiers, to protest the candidacy of the current president for a fifth term in the presidential elections to be held in April 2019.

Members of the Algerian security forces and riot police have been deployed near the center of the capital on May 1 in an attempt to thwart a gathering that was to be organized there.

The Algerian authorities should allow protesters to exercise their right to peaceful protest, said Sarah Pritchett, Euro-Med Monitor’s spokeswoman, without threats, arrests or harassment, calling on the authorities to exercise maximum restraint, and respect international standards when dealing with demonstrators.

The Algerian Constitution of 2016 guaranteed citizens’ freedom of peaceful protest, but it regulated its practice to a law passed in 2001, banning all manifestations of peaceful assembly under the pretext of maintaining the public order, in violation of Article 20 of the Universal Declaration of Human Rights and Article 21 of the International Covenant on Civil and Political Rights, which guaranteed the right to peaceful assembly and stressed the duty of the State to safeguard and protect that right.

Pritchett called on the Algerian authorities not to resort to violence against demonstrators and to take all measures to protect and preserve their right to peaceful assembly, including by not restricting this right to any arbitrary measures. Pritchett also called on the Algerian authorities to repeal the law adopted in 2001, and stressed the need to harmonize the national legislation with international standards regarding freedom of assembly and peaceful protest.