On World Health Day..Children in the Middle East at risk of dying from epidemics and lack of health-care 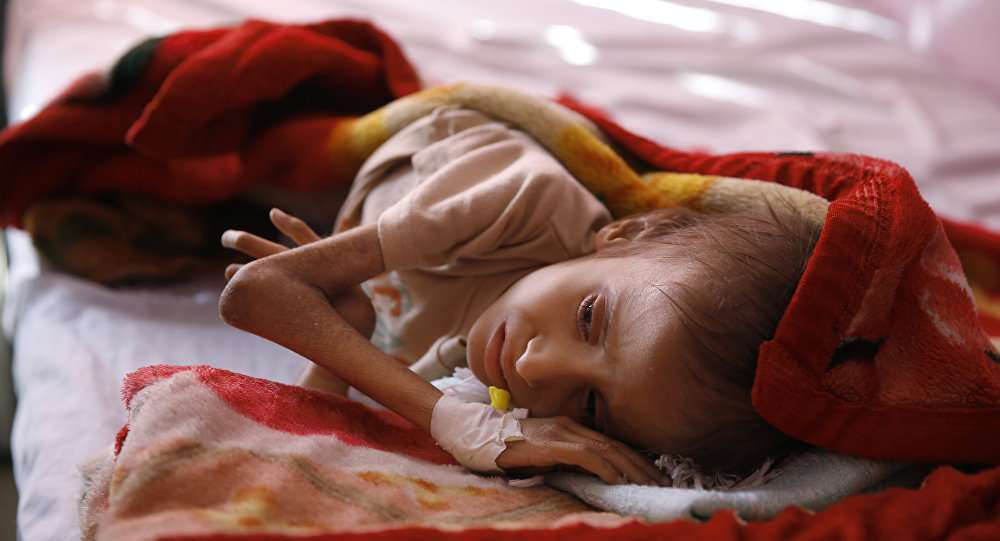 Geneva - Millions of children in the Middle East, particularly in regions such as the Gaza Strip, Yemen and Syria, are at risk of dying from epidemics and the lack of health-care, said the Euro-Mediterranean Human Rights Monitor.

The Euro-Med Monitor said that six children have died since the beginning of the year in the coastal enclave’s hospitals, because of the lack of pulmonary surfactant which is used as a medication to treat and prevent respiratory distress syndrome in newborn babies.

According to medical sources in the Gaza Strip, about 113 Palestinian children in nurseries at hospitals face the risk of death due to lack of medicines and frequent interruption of electricity. Meanwhile, hundreds of cancer and kidney patients suffer from great difficulties to get access to treatment.

In the same context, the Euro-Med Monitor expressed its concern over reports from Yemen indicating that a new wave of cholera has been spreading in several Yemeni cities since the beginning of this year. Yemeni medical sources confirmed that the number of cholera-infected people exceeded 171,000 since the beginning of the year, which resulted in the death of more than 350 people.

The Euro-Med Monitor noted that about two million undernourished Yemeni children are vulnerable to cholera because of their poor shape and lack of medical care.

As for Syria, the Euro-Med Monitor said a large number of children are deprived of their right to access to treatment and medical care because of the huge destruction in the medical infrastructure as a result of repeated targeting of medical facilities, especially in the northern regions of Syria.

The Euro-Med Monitor stressed that the right to health care is an inherent and fundamental human right, as stipulated in several international treaties, especially the Universal Declaration of Human Rights and the International Covenant on Economic, Social and Cultural Rights.

The Euro-Med Monitor called on the Israeli authorities to lift the siege imposed on the Gaza Strip immediately and to bear the responsibility for the consequences of the siege on civilians, especially children.

The Geneva-based NGO appealed to international institutions including the World Health Organization (WHO) and the International Committee of the Red Cross (ICRC) to urgently provide medical supplies to hospitals in the Gaza Strip and to find mechanisms to ensure that electricity is not cut off from the Gaza Strip’s hospitals, calling on all parties to the conflict in Yemen to neutralize the medical sector from conflict and to facilitate the access of hospitals to medical supplies, urging concerned international institutions to take urgent action to support the medical sector in Yemen to reduce the spread of cholera among children.

The Euro-Med Monitor called on the international institutions and the World Health Organization (WHO) to work on rehabilitating the health sector in Syria, in order to ensure the provision of medical services to the Syrian people without discrimination and in various areas.