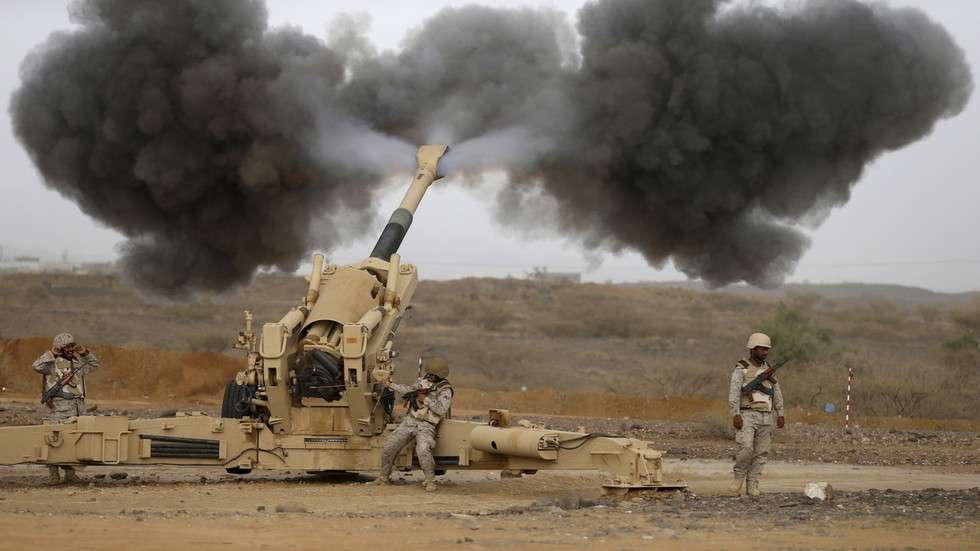 Geneva- Three journalists are being persecuted by the General Directorate for Internal Security (DGSI) in France for revealing the involvement of French authorities in sending weapons in Yemen. The three journalists unveiled a secret-defense report of how French weapons are sold and used in Yemen which has been at civil-war since 2015.

The Paris Prosecutor opened an investigation against the three journalists, Mathias Destal and Geoffrey Livolsi, as well as Benoît Collombat, for “compromising the secrecy of national defense” after revealing what the French authorities described as a “confidential-defense report,” detailing the use of French weapons in Yemen.

The judicial investigation was initiated against the three on 13 December 2018 after the Ministry of the Armed Forces filled a complaint to the General Directorate of Internal Security (DGSI).

The report revealed by the journalists lists the weapons deployed by Saudi Arabia and the United Arab Emirates in Yemen, which they acquired from France, thus fuelling war in the country which has been going on since 2015.

Paris claimed that these weapons are defensive “and not on the front line.”

“The confidential documents revealed by Disclose and its partners are of major public interest. That of bringing to the attention of citizens and their representatives what the government wanted to conceal,” said the editorials of media outlets involved in the case.

The role of the medias is essential to bring information to the public as the freedom to seek, receive and impart information is included under the Right to Freedom of Expression in article 19 of the 1948 Universal Declaration of Human Rights, article 10 of the 1950 European Convention on Human Rights  and article 19.2 of the 1966 International Covenant on Civil and Political Rights.

The right to freedom of expression and of information can be derogated upon for reasons of national security, which is the case here as the information revealed were classified “confidential-defence”.

Nevertheless, Euro-Med Monitor believes, quoting the European Court of Human Rights 2013 case law Bucur and Toma v. Romania, that it would be “necessary to verify whether the interest in maintaining the confidentiality of the information prevailed over the public interest”.

An official document, classified “confidential-defence” revealing the offensive role of French weapons on the Yemeni territory and showing that the French authorities were aware of the use of the arms they sold to Saudi Arabia and the United Arab Emirates in the Yemeni conflicts is of public interest and must be brought to the knowledge of citizens. Such acts make France a party in the unlawful killing of civilians happening in Yemen, prohibited under the 1949 Geneva Convention.

Euro-Med Monitor would like to raise that even through France is party to the above-mentioned international instruments, nor the Constitution neither the laws enshrine the right to information. One reference to this right can be found, relating to the specific case of the protection of environment, in article 7 of the 2004 Environment Charter.

The Euro-Med Monitor calls on the French authorities to release the three journalists immediately and to close the legal case brought against the three journalists without conditions. In fact, such a trial threatens France’s reputation and constitutes a violation of the freedom of speech guaranteed by French and EU laws.

Euro-Med Monitor calls on France to implement its international and regional obligations in regards to the right to information.

Euro-Med Monitor calls on France to create an autonomous authorities deciding on the level of “secret defence” instead of the General Secretariat of defence and national security (SGDSN), which depends from the Prime minister.

Euro-Med Monitor urges France to stop arms sell to Saudi Arabia and the United Arab Emirates since they are using French weapons in the Yemeni conflict.

Euro-Med Monitor urges France to end its involvement in the Yemen war, which left nearly 10,000 Yemenis dead, in addition to threatening the life of 4 million others by starvation as a result of the ongoing conflict, to which France is a party by providing weapons to warring parties.