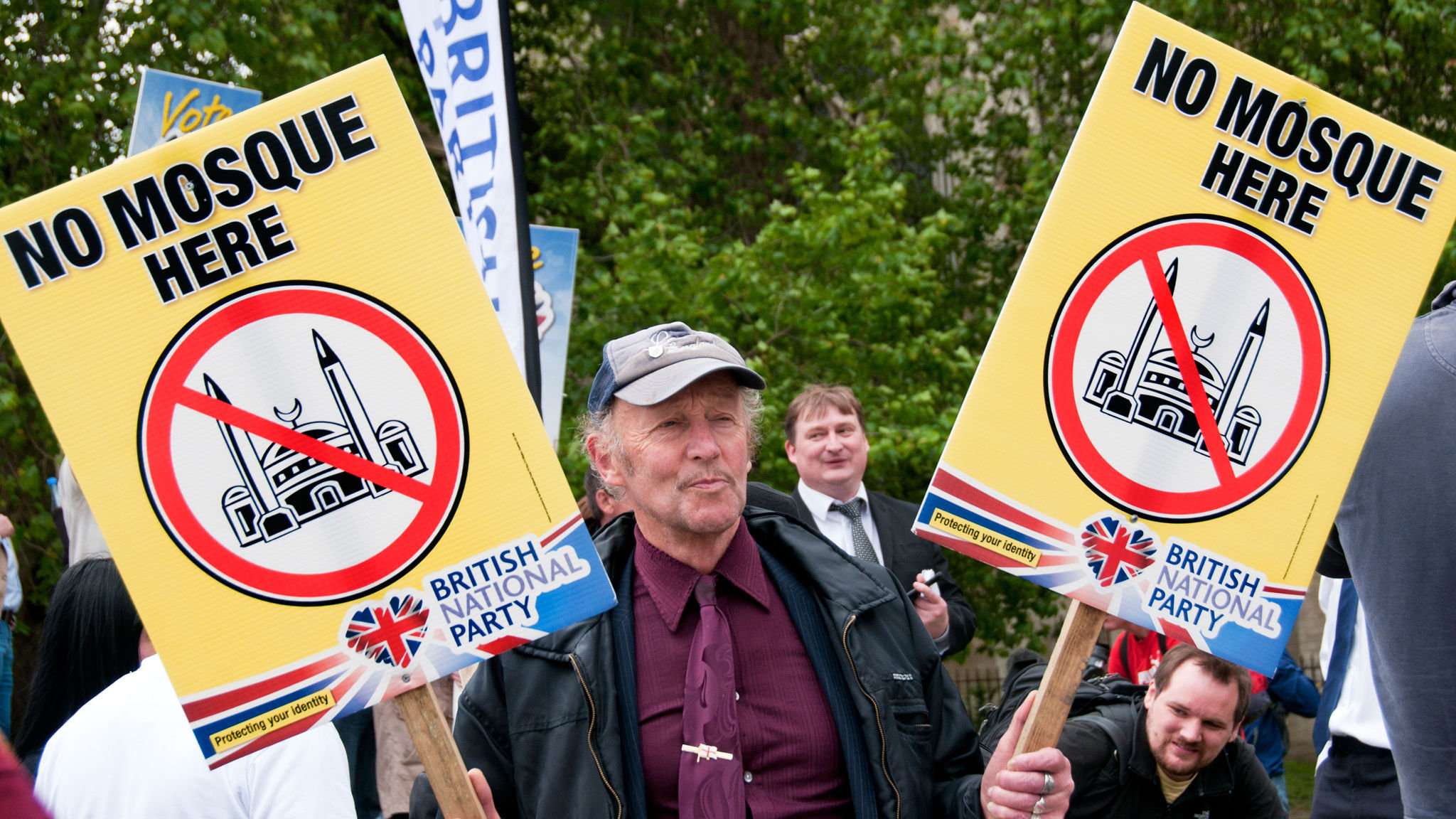 The Euro-Med Monitor for Human Rights published a report on human rights violations affecting Muslims, immigrants and refugees in Europe over the past three months, from March to May 2019.

The report, aimed at alerting European governments and human rights defenders to the escalating violations against Muslims in Europe, expressed the organization’s concern and urged the relevant authorities and bodies to work seriously to curb the growing hatred against Muslims and migrants, which contradicts the laws and values ​​adopted by the European Union.

The report reviewed incidents of hate speech and assault against Muslim migrants in Europe, pointing out that the period from March to May 2019 witnessed a significant increase in such incidents.

Some of these incidents were documented in Britain, including a protest of far right extremists in London demonstrating against the increasing presence of Muslims in the country. Another incident in the city of Liverpool shows an attack carried out by a group of extremists on a Muslim woman wearing hijab on the street.

In another incident, an armed man fired at the Seven Kings Mosque in Alford without injuries. In a report released by the UK Home Office, the police recorded more than 94,000 hate crimes in England and Wales in 2018, a 17 percent increase over that of 2017.

The report also monitors the rise of the anti-Muslim rhetoric in Spain coinciding with the general elections, using slogans such as “restoring Granada,” a reference to the rule of Muslims in the city for almost 400 years. The former member of the People's Party, right-wing politician Santiago Abascal, chose to launch his campaign with a video portraying himself as a leader who would ‘take Spain back from the Muslims.’

In Austria, the parliament passed a decree banning Muslim girls from wearing headscarves. The move angered the Muslim community in the country. The ban was clearly discriminatory because it did not include Jewish students or Sikhs wearing religious caps or symbols.

In France, the French Senate passed a resolution effectively banning Muslim women wearing hijab from escorting their children on their way to school, but the French government is working to lift the ban in parliament with the support of its deputies.

The report further records attacks against migrants and refugees in Europe. The UN High Commissioner for Human Rights, Ravina Smadassani, said reports indicate that migrants in Hungary and detainees in detention centers were deliberately deprived of food, in violation of international law.

“Pending the enforcement of the expulsion, adults – with the sole exception of pregnant or nursing women – are deliberately deprived of food, which can lead to malnutrition and is both detrimental to their health and inherently inhumane,” Smadassani noted.

In Belgium, a Palestinian boy named Daniel Mita was found dead near a refugee camp after he was reported missing. The police accused five refugees of killing him, three of them living in the same camp.

In Denmark, right-wing politicians used migrants to justify their anti-immigrant hateful rhetoric. “For me, it is becoming increasingly clear that the price of unregulated globalization, mass immigration and the free movement of labor is paid for by the lower classes,” said Mette Frederiksen, leader of Denmark’s opposition Social Democrats

At the same time, Italian authorities have proposed a fine of 5,500 euros for any non-governmental organization providing assistance to refugees and migrants. The proposal will be discussed by the government before being referred to parliament for formal adoption as law.

In a related context, a database released by Open Democracy showed that 250 people in Europe were arrested or criminalized for providing shelter, transportation, food, and other basic humanitarian assistance for migrants.

Regarding human rights defenders, the report documents the trial of three activists, including Majid Abu Salama, who won the Freedom of Expression Prize in 2011 because of his writings on various important topics on human rights and social justice in Palestine. He was tried for protesting the hosting of an Israeli figure in a public seminar, a move that undermines freedom of expression in the Germany.

The report points out that Germany violated freedom of expression through its decision in parliament to consider the boycott, divestment and sanctions movement, known as BDS, as a form of anti-Semitism, becoming the first European Union country to criminalize the movement. Two of the three activists who appeared in court in Berlin are Israeli Jews.

Earlier, a poster appeared at the central train station in Berlin calling in Arabic on migrants and refugees ‘to return home’.

The Convention also calls upon States parties to take prompt and positive measures aimed at eliminating all forms of incitement.

At the end of its report, the Euro-Mediterranean Human Rights Monitor calls on the European Union to reject the discourse and rhetoric of the right-wing groups and to take all measures to limit it, and to take all legal measures to prevent right-wing politicians from running for the EU parliamentary elections because of their hate speech.

Euro-Med Monitor also calls on the European Union and the UN High Commissioner for Refugees to ensure that Muslims can practice their religion without restrictions based on the principle of the right to worship provided for in national, regional and international laws and to work on highlighting their success stories in the EU to educate the public about their potential.

The nonprofit groups calls on all concerned authorities within the EU to reward non-governmental organizations that help refugees and not penalize them, stressing the need to repeal the laws passed to punish human rights defenders, migrants and refugees, as well as to ensure the protection of human rights defenders against threats by repressive regimes, referring to İyad el-Baghdadi’s case.