Spotting Human Rights Violations against Muslims, Migrants and Refugees in Europe March to May 2019 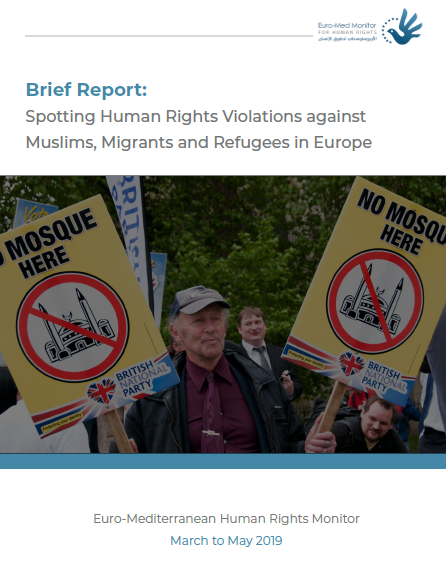 Violations against Muslims, migrants and refugees in Europe have been on the rise in the recent three months as observed by the Euro-Med Monitor for Human Rights Monitor. In this report, the Euro-Med Monitor highlights the most important serious human rights violations against Muslims, Migrants and Refugees in Europe from March-May 2019. By doing so, the Euro-Med hopes that relevant bodies, governments, human rights defenders, and law enforcement authorities will take notice of these violations and do the necessary steps to curb this increasing phenomenon which contradicts the common Europeans values and adopted laws over the years. This policy has seen some changes with the rise of right-wing governments in some EU countries.