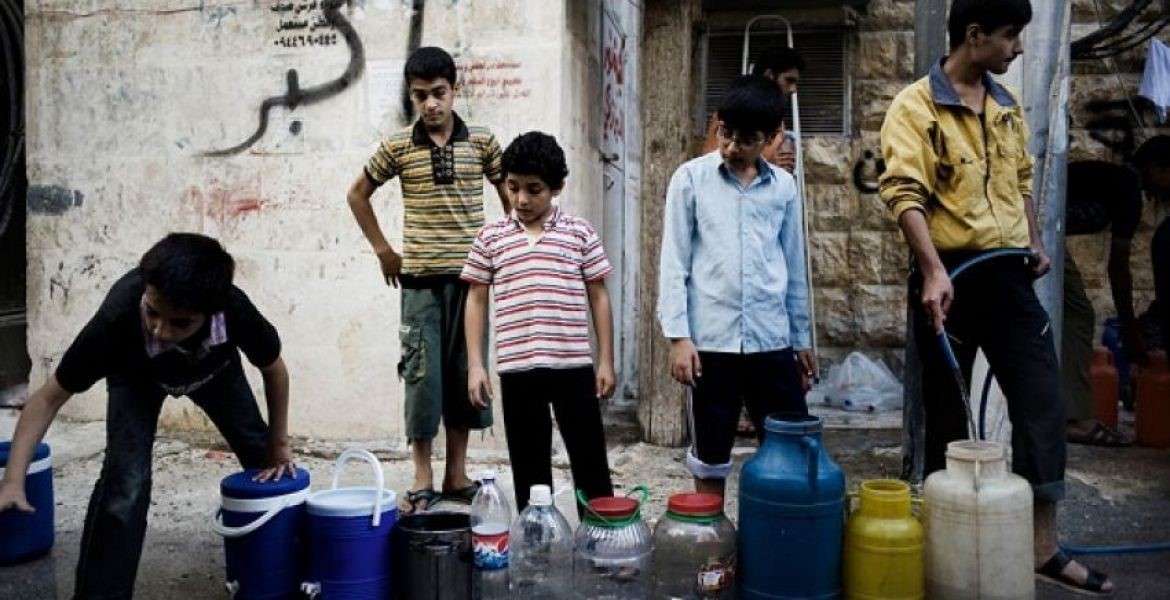 The Euro-Mediterranean Human Rights Monitor expressed its deep concern over the Lebanese government decision against Palestinian refugees, which could lead to closing institutions owned by Palestinian refugees or the prosecution of Palestinian workers and preventing them from working throughout Lebanon.

The Geneva-based organization said in a brief report that the Lebanese action plan foreshadows a worsening plight of the Palestinian refugees and ignores the specificity of their case.

The Euro-Med Monitor said that the continuation of the Lebanese Ministry of Labor in its current procedures indicates that it disregards the Palestinian refugees' special status under laws 128 and 129 approved by the House of Representatives. The ministry classifies Palestinian refugees as foreign workers, ignoring the provisions of the two amendments on the specificity of the Palestinian workers and not treating them on the same footing with foreign workers.

The Geneva-based organization pointed out that in light of the amendment of the Labor Law and Social Security No. 128 and 129, the Palestinian refugees are treated as a special category of foreign workers and has a legal status that differs from other nationalities.

The organization pointed out that although Lebanon was one of the countries that ratified most of the provisions of the Casablanca Protocol in 1965, which stipulates that Arab countries must treat Palestinian refugees as they treat their people and facilitate their employment while retaining Palestinian citizenship. Lebanon has treated the Palestinian refugees as foreign and deprived them of the most fundamental rights stipulated in the international conventions in terms of work and ownership.

Although Lebanon had affirmed in its constitution its respect for the Universal Declaration of Human Rights and international human rights law, the reality on the ground suggests otherwise.

According to the United Nations Relief and Works Agency for Palestine Refugees in the Near East (UNRWA), the number of Palestinian refugees in Lebanon is estimated at 400,000, 174,000 of whom are living in the 12 UNRWA camps. It is reported that about 36% of the Palestinian youth in Lebanon are unemployed.

The international rights organization said that the Palestinian refugees in Lebanon are deprived of possession or inheritance of property and access to free education and healthcare. Lebanon also denies Palestinian refugees social, economic and political rights under the pretext that granting them these rights would constitute a prelude to their permanent settlement in Lebanon.

The Euro-Mediterranean Human Rights Monitor called on the Lebanese authorities to respect the international conventions that recognize the fundamental rights of refugees, including freedom of work without restriction or prohibition, including the Universal Declaration of Human Rights, the International Covenant on Economic and Social Rights and the Convention on the Elimination of All Forms of Racial Discrimination which stipulate that refugees should be given full freedom to exercise their economic activities and get jobs freely.