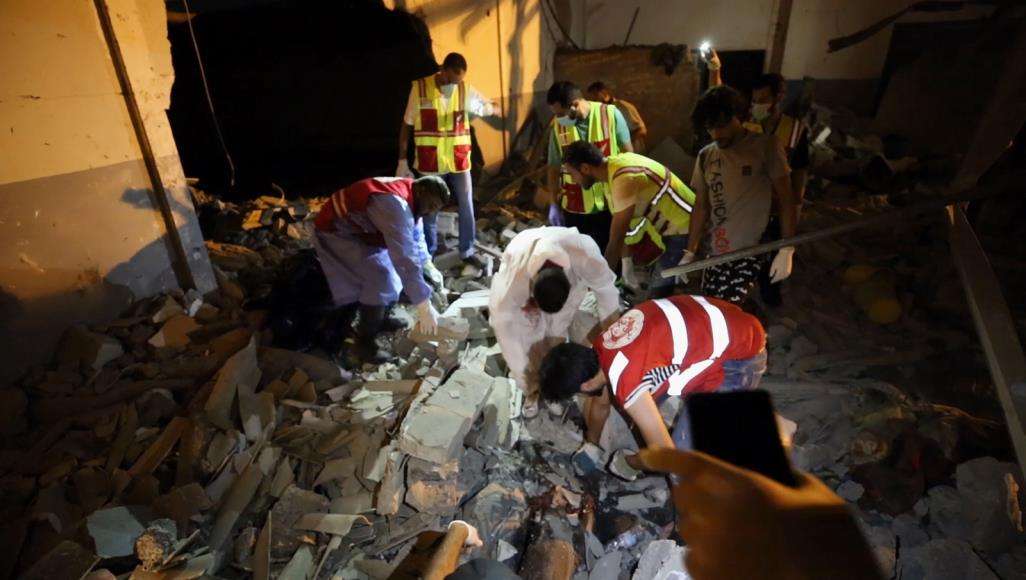 Geneva- The Euro-Med Monitor Human Rights Monitor condemned in the strongest terms the attack on a wedding in the southern Libyan city of Merzek in the early hours of Monday morning, which killed and injured dozens. The Euro-Med Monitor said the incident amounts to a "war crime".

The international human rights organization quoted local Libyan sources, which indicated that at approximately 12:30 a.m. a military aircraft – believed to belong to the brigades of retired field Marshal, Khalifa Haftar, carried out at least four raids that targeted a gathering of civilians participating in a wedding in the city. Some 40 Libyan civilians were killed, and 37 others were wounded.

The Euro-Med Monitor also observed several more raids on different areas of the city after the wedding was targeted but it could not determine the extent of material or human losses caused by said raids.

Since April 4, 2019, Clashes continue between the forces of Haftar and the forces of the internationally recognized Government of National Accord, which runs the Libyan capital Tripoli. Such clashes have led to the killing of more than 1,000 civilians and the injuring of some 3,000 others. More than 100,000 civilians have been displaced so far.

The Euro-Med Monitor said in a press release, that although there was no official comment from Haftar's forces on the incident, it observed a celebration from supporters of Haftar about the attack on social media. The Euro-Med Monitor added that some of the said supporters justified the targeting of civilians just because targets opposed the attack on Tripoli. Others tried to deny the targeting of civilians and promote that Haftar's raids only targeting military posts belonging to the Government of National Accord.

Libyan tribal sources said the attack was aimed at a tribe in the city of Merzek, because the targeted tribe opposes the assault of Haftar's forces on Tripoli and the forces that besieged the Libyan capital a few months ago.

The Euro-Med Monitor has documented a series of deadly attacks targeting civilians and migrants in Tripoli and other cities over the past three months, which resulted in dozens of deaths and hundreds of injuries, adding to the systematic destruction of infrastructure in areas western Libya administered by the internationally recognized Government of National Accord.

The last of these attacks, documented by the Euro-Med, targeted a field hospital that provides medical care for security personnel in the Government of National Accord by the forces of Haftar. This attack killed five doctors and wounded eight paramedics on the twenty-seventh of last month. In addition, a detention center for immigrants in Tajoura, the eastern suburb of Tripoli, was targeted last month, leading to the deaths of 40 migrants and injuring more than 70 others.

The Euro-Med Monitor said thousands of Libyans are afraid of attacks by Grad rockets and remote-controlled drones, which are used by various parties in the ongoing armed conflict near the capital Tripoli.

The Euro-Med Monitor stressed that the continued negative attitude of the international community and inability to take any real actions that would stop the violations in Libya raises questions about the real position of these countries on the repeated occurrence of such crimes, against civilians.

The United Nations envoy to Libya, Ghassan Salama, presented at the end of last month a briefing to the Security Council on the situation in Libya, saying that; the country has become a place for experimenting new weapons and the consuming old one with the support of foreign governments.

Imad  said; "the Security Council is required to use its legal powers to request the International Criminal Court to immediately investigate these crimes in order to bring those responsible to justice."

He added that; "the crime of targeting civilians celebrating a wedding reflects the extent of disregard to human life and the rules of international humanitarian law by conflicting parties. It highlights the absence of accountability and punishment."

Imad, noted that article 8 of the Convention of the International Criminal Court considers serious violations of the fourth Geneva Convention as a war crime. He added that targeting civilians and field medical centers during military operations constitutes a grave violation of said conventions. Therefore, those who committed these heinous crimes must be held accountable, regardless of the circumstances that prompted the attacks.

The Euro-Med Monitor Human Rights Monitor stressed in conclusion that the targeting of civilians by aircraft and the bombing of civilian assembly points is a war crime under Article 5 (b) of the Convention of the International Criminal Court, which stressed that "attacking or bombing towns, villages, dwellings or unused buildings that are not military targets by any means" are among war crimes that require actions by the international criminal to hold accountable the perpetrators of these crimes. The Euro-Med Monitor emphasized the urgent need to protect civilians in areas of conflict as stipulated in the international humanitarian law.