At UNHRC: Euro-Med raises the issue of forcibly disappeared Palestinians in Saudi Arabia 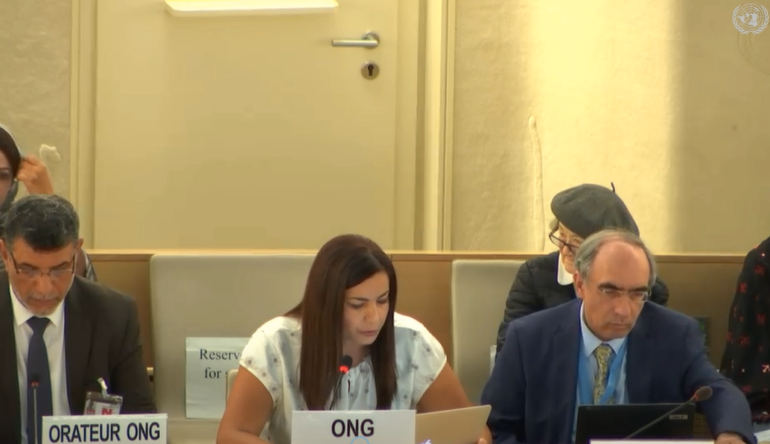 Geneva- The Euro-Mediterranean Human Rights Monitor and IRDG expressed in a statement on Monday, 16 September 2019, at the Human Rights Council's 42nd regular session their deep concern over the Saudi authorities’ arrest and forcible disappearance of dozens of Palestinians without any legal basis.

In a joint statement, the two organizations said that dozens of Palestinians have been victims of enforced disappearance in Saudi Arabia, which is a crime under international law.

In early September, the Euro-Med Monitor documented testimonies of eleven Palestinian families whose children have been arrested or forcibly disappeared in the last few months during their stay or visit to Saudi Arabia. In fact, those people were isolated from the outside world without any specific charge against them. They were not brought before the public prosecution, nor allowed to communicate with their relatives or lawyers.

The two organizations explained that there is no legal basis for detaining these people without informing their families of their whereabouts by the Saudi authorities.

The Euro-Med Monitor and IRDG called on the Human Rights Council to condemn in the strongest terms the forcible disappearance and abduction of innocent civilians by contributing to the efforts to secure their release, while calling on all international parties to immediately take action to save these Palestinians, including the elderly, who have been subjected to enforced disappearance in the Kingdom, where the executive authorities have a long series of human rights violations.

The two organizations urged the United Nations to open an urgent investigation into the practice of enforced disappearance and prosecute those responsible.

Under international law, the crime of enforced disappearance could be valid unless the state reveals the fate or whereabouts of the concerned person.

Victims of enforced disappearance are people who have been forcibly disappeared from their loved ones and society. They are isolated from the outside world upon arrest from their homes or even public places by state officials who deny doing so or refuse to reveal their whereabouts, which is common in many Middle Eastern countries.