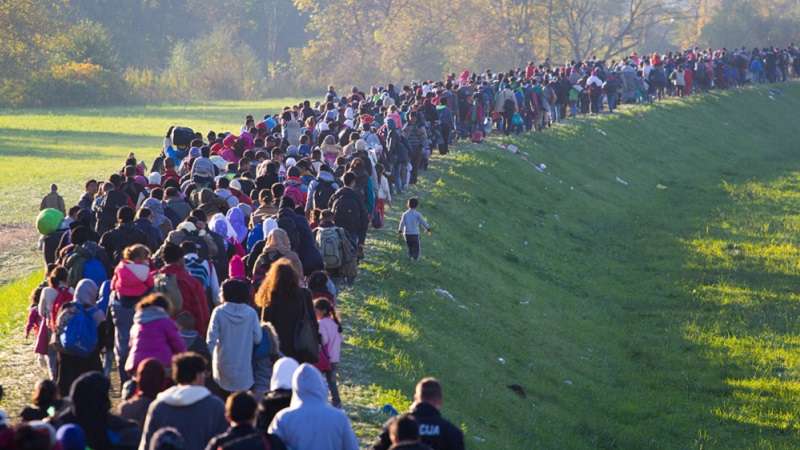 The Euro-Mediterranean Human Rights Monitor commends the new plan agreed upon by Germany, France, Italy and Malta to welcome more migrants and refugees rescued in the Mediterranean. This is a significant step towards addressing the humanitarian crisis in the Mediterranean but also towards establishing better migration policies in Europe.

Last Week, interior ministers from Germany, France, Italy and Malta have agreed to relocate migrants rescued at sea and will present the new voluntary plan to the EU’s 24 other interior ministers at a meeting in Luxembourg on 8 October. The Euro-Med Monitor encourages other EU member states to sign the deal and to share in this responsibility.

The Euro-Med Monitor also welcomes the efforts of the new Italian government to undo the harsh migration policies of former deputy prime minister Matteo Salvini, who shut the country’s ports to migrant rescue boats last year. The new government has recently opened one of its ports to the Ocean Viking, a boat carrying 182 people and operated by the charities; SOS Méditerranée and Médecins Sans Frontières.

Last September, during a seminar organised by the Euro-Med Monitor on the sidelines of the 42nd session of the United Nations Human Rights Council, the General Director of SOS Méditerranée Suisse, Caroline Abu Sa’Da, discussed the dangerous impacts of European countries criminalising and restricting the work of NGOs carrying out rescue work at sea.

The Euro-Med Monitor welcomes the new plan but stresses that a temporary emergency mechanism is not enough. We urge EU member states to take further steps towards resolving the humanitarian crisis in the Mediterranean.

"We’re worried about the long-lasting effects of the way this crisis is being managed," said Selin Yasar, the Euro-Med Monitor's spokesperson. "On one hand there will be permanent effects on the refugees and migrants’ mental and physical health due to their poor living conditions. And on the other hand, the lack of integration and the tensions around the political agenda are creating divisions in European society."

The Euro-Med Monitor is also particularly concerned with the continued practices of capturing and forcibly returning refugees crossing the Mediterranean to Libya; as part of an agreement between the Libyan Coast Guard and EU member states to prevent people from reaching Europe by boat, which violates international law regarding the rights of refugees fleeing persecution and war.

Since the beginning of 2019, The Euro-Med Monitor documented that more than 2,300 asylum seekers have been arrested and forcibly returned to infamous Libyan detention camps.

"Such practices force asylum seekers to take more dangerous and fatal routes in the Mediterranean Sea to avoid getting captured by Libyan coastguards and consequently resent back to the suffering that refugees are escaping from in the first place," said Muhammad Shehada, Europe Regional Manager at the Euro-Med Monitor, "the urgency to end this apparatus cannot be overemphasized."

The Euro-Med Monitor finally emphasizes the equally urgency and significant need for all EU member states to reach a similar redistribution mechanism of refugees stranded across the continent and particularly in Greece and neighboring Turkey. Neglecting or tolerating the overcrowding of refugees and asylum seekers in said countries would only lead to tragedies that could well be avoided by reaching an agreement similar to that reached between Germany, France, Malta and Italy last week.