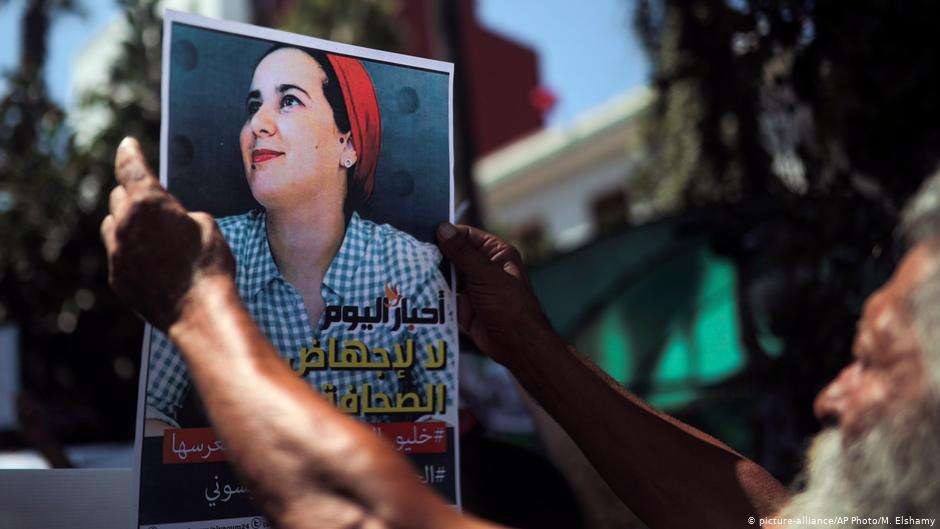 Geneva- The Euro-Mediterranean Human Rights Monitor welcomed the decision of King Mohammed VI of Morocco to pardon Hajar Raissouni, her fiancé and three others who were arrested on August 31st over having abortion in a private clinic in Rabat.

The Moroccan King’s decision to release Raissouni and the others is a first step to support freedom of opinion and expression, Euro-Med said in a press release.

The Chairman of the Euro-Med Monitor, Dr. Rami Abdu, discussed the issue of Raissouni with the Head of the Moroccan Government, Saad Eddine El-Othmani at the beginning of this month, and briefed him on the Euro-Med’s view of the case and its legal implications.

El-Othmani informed Dr. Abdu during the meeting that the issue is in the hands of the Moroccan judiciary and the Attorney General, asserting that he will follow up the case.

The Minister of Justice, Mohamed Benabdelkader, announced previously in a press conference that King Mohammed VI has pardoned Raissouni whose case was still a matter of a judicial follow-up.

Euro-Med Monitor previously has expressed concern over the decision of a Moroccan court to arrest the journalist Raissouni, and called on the Moroccan authorities to immediately release Rassiouni and drop all charges against her.

Euro-Med Monitor concluded that it appreciates the Moroccan King’s decision, considering it a step in the right direction for the implementation of the constitutionally and internationally guaranteed rights. The organization expressed it hope that this decision will be followed by similar decisions to preserve freedoms and give more space for citizens and activists to express their opinions without endangering any of their rights.