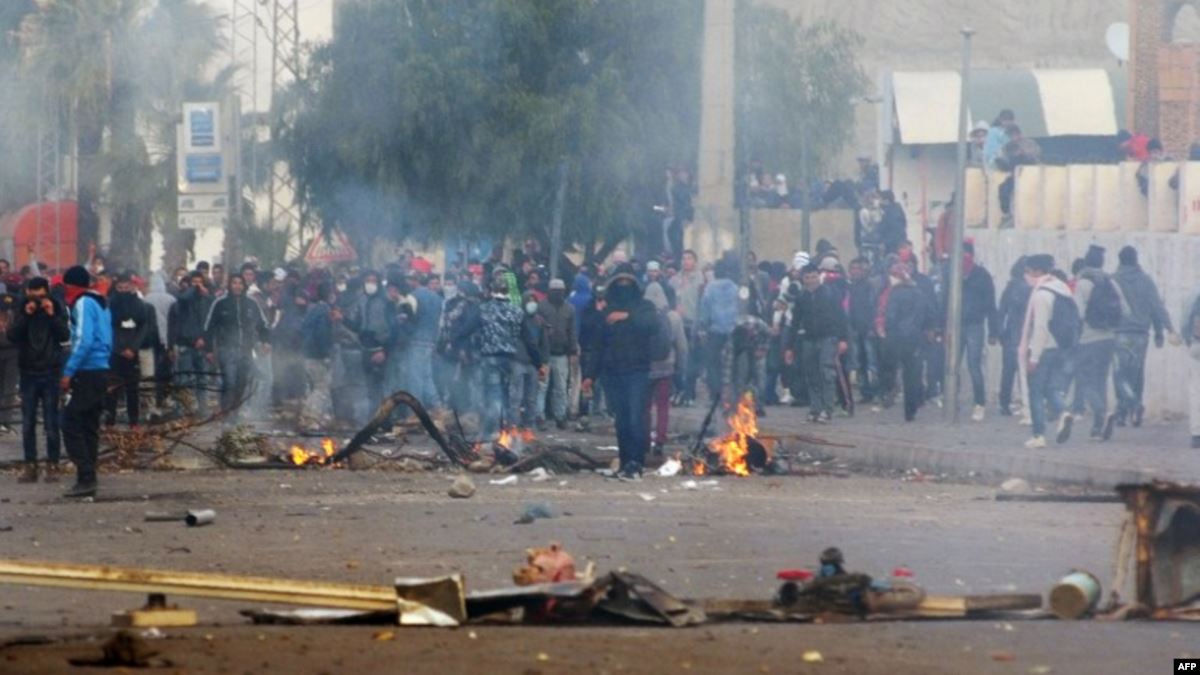 Geneva –Tunisian authorities must respect the right to peaceful demonstration, meet the protesters demands, and refrain from dealing violently with the protests that erupted this week, following the suicide of a young man after he did not receive his payment from work, the Euro-Mediterranean Human Rights Monitor said in a statement.

In the last presidential elections, Tunisia demonstrated a rare democratic experience in the Arab region. However, in the last few days, the Tunisian Authorities' violent dispersal of protesters in Jilmah city, southern the country, raises a serious concern about Tunisia’s return to restricting freedoms and crackdown on dissident.

Eyewitnesses and local media outlets said that Abdel Wahab al-Hablani, 25, burned himself to death on 29 November in Jilmah downtown, in Sidi Bouzid Governorate.

Al-Hablani used to work within “Mechanism 16”, an unofficial job in a governmental body. However, he was recently fired at a time where he hadn't been receiving his payments for a year, according to al-Hablani relatives.

Protests began after al-Hablani’s funeral on Saturday evening and went on for three days. The protesters demanded improving the city's infrastructure, including providing drinking water, building a hospital, and improving the administrative services.

Eyewitnesses said that security forces used tear gas to break down the protests, on the evening of Monday, December 2,  and took strict security measures that might increase tensions in the city.

“The protesters' demands should be heard from the highest levels of authority. Force, in all its forms should not be used against protesters, and all security measures in Jilmah must be withheld.” Anas Aljerjawi, Euro-Med Monitor’s Director of Middle East and North Africa region. “An investigation must be opened into al-Hablani case and the events that followed.”

Aljerjawi stressed on Article 8 in the Tunisian Constitution, which was adopted on January 27, 2014. The Article assures that, “Youth are an active force in building the nation. The state seeks to provide the necessary conditions for developing the capacities of youth and realizing their potential, supports them to assume responsibility, and strives to extend and generalize their participation in social, economic, cultural and political development.”

Euro-Med Monitor concluded its statement by calling on the Tunisian authorities to curb the culture of violence and instead foster respect for their citizens' right to freedom of speech and expression in the country. Additionally, Euro-Med Monitor calls on the Tunisian government to urgently address economic and development issues in remote cities to insure a decent living for all Tunisians.