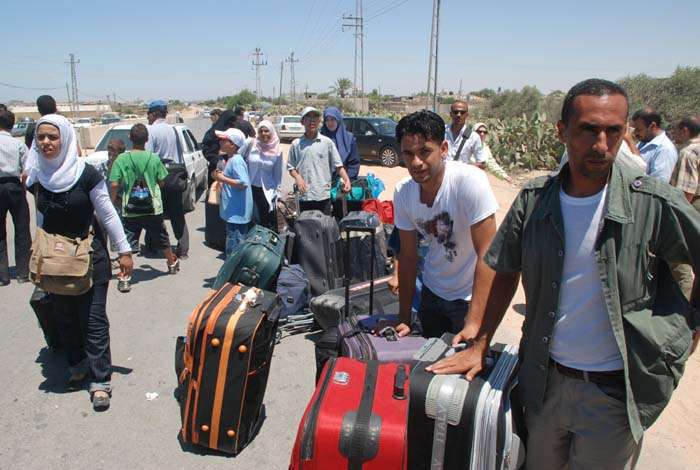 Euro-Mid Observer for Human Rights called upon the Egyptian authorities to reconsider their decision of shutting the Rafah border crossing for the fourth day in a row.

The Euro-Mid statement, issued on August 9, urged Egypt to rethink its decision of closing the Rafah crossing, the only passageway leading to the rest of the world for most Gazans many of whom were left stranded outside the impoverished enclave with this sudden shut down.

Hundreds of Gazans are unable to return back home and others are left stranded in the Egyptian territories, while many citizens inside the Gaza Strip are prevented from leaving for their work and study abroad losing their tickets which they booked in advance prior to the border closure, Euro-Mid statement added.

Euro-Mid Observer for Human Rights, based in Geneva, demanded the Egyptian authorities to reopen the crossing and restore things back to normal, pointing out that individuals from Gaza travel through the border according to agreed security procedures and full Egyptian inspections, such a process is safe and prevents infiltrating  terrorists and wanted criminals.

The Rafah border crossing was shut after 16 Egyptian border guards were killed during an attack last Sunday in the Sinai Peninsula, near to Karem Abu Salem border crossing between Israel and Egypt.

Euro-Mid considered the Egyptian decision as a kind of "collective punishment" in light of the International Law; denying the movement of around 800-1200 citizens in and out of the poverty-stricken enclave per day. Euro-Mid, further, slammed Egypt's immediate closure of the border before the findings of the initial investigations showed up.