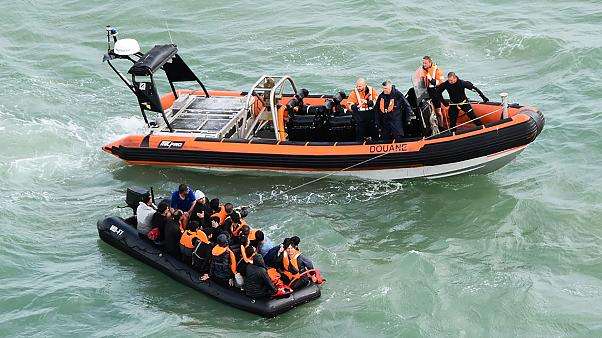 Geneva – The French and British Governments should undertake more effective measures to ensure full respect for the rights of asylum seekers and refugees in order to drive down the numbers of people seeking dangerous alternatives to find a safe refuge from conflicts and persecution at home countries, Euro-Med Human Rights Monitor said.

By the end of 2019, around 2,000 individuals reached the UK through the English Channel by small inflatable boats. The number alarmingly grew from only 300 the year before. The dangers of such journey cannot be overemphasized; given that most asylum seekers cross the channel in unequipped, unseaworthy and overloaded vessels; putting many lives at risk of drowning. In 2019, at least four individuals have died while attempting to make such dangerous journey.

What forces people to take such risk is a combination of French government crackdown on refugees, particularly on migrant camps in Calais and Dunkirk, in addition to joint French-British efforts to curb smuggling by trucks and shipping containers, and profound fear that Brexit would soon mean a closure of British borders. This puts significant pressure on asylum seekers to rush and undertake such dangerous trips before it's too late.

In December 2018, the UK's then Home Office Minister, Sajid Javid, declared boat arrivals a “major incident.” Consequently, France and the UK invested 6 million pounds in surveillance equipment, drones and other measures, in addition to intensifying British and French Patrols to capture sea migrants.

Unfortunately, such efforts aim to rather thwart people from crossing the channel than to aid asylum seekers find to a safe refuge. This can only force refugees and migrants to take more dangerous and extreme alternatives in desperation to secure their future and avoid being sent back to home countries where conflicts, wars and persecution await deportees.

Therefore, the Euro-Med Monitor emphasizes that the UK must introduce clear and dignifying mechanisms for refugees to request asylum more safely instead of imposing greater restrictions that would only force people to take more dangerous routes to find their way to the UK. For instance, last year, 39 people were found dead in a lorry in the city of Essex, after they suffocated inside while attempting to get smuggled to the UK.

We equally call on France to ensure more respect for the rights of asylum seekers and make their lives more stable, rather than complicating asylum procedures, imposing more restrictions and cracking down on refugees and migrants.