Euro-Mid Calls on Tunisia to Bring Lawless Individuals to Justice 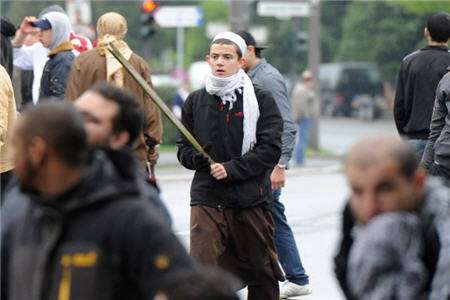 Tunisia - Euro-Med Monitor for Human Rights condemned the storming of a cultural gathering carried out by Salefist group in Bizerte Governorate Southern Tunisia, assaulting coordinators and participants in the activity.

Euro-Med Monitor statement, issued on Saturday August 9, urged the Tunisian government to bring to justice the individuals accused of the attack against participants in the cultural gathering last Thursday.

Further, Euro-Med Monitor demanded the Tunisian authorities to question the police over being hesitant to interfere and prevent around a hundred lawless Salifist armed with knives and daggers from breaking into the gathering hall, resulting in injuring three civilians and a security officer.

Euro-Med Monitor for Human Rights, based in Geneva, expressed its intense concern over the recurrences of such violence in Tunisia dispersing a considerable number of cultural and human rights activities last week.

The statement attributed the increase of violence in the Tunisian territories to the absence of legal deterrence against Salifists lawless groups who carried out attacks against a number of activities during the past few days including a Sophist Music Festival in Kairouan, a theatre show in the House of Culture in Bizerte, and ending up with this last attack against a cultural gathering in Bizerte.

Euro-Med Monitor for Human Rights warned that the repetition of such violent acts will lead to the downfall of the "Freedom of Expression" in Tunisia, and the spread of the "culture of violence and the logic of powerand thuggery."

The statement, above all, stressed the importance of taking strict legal actions to prevent breaches by Salifist groups, in addition to bringing all suspects to justice. Euro-Med Monitor also praised the Tunisian Interior Ministry for arresting 4 Salifist suspects pointing out to the importance of officially announcing the inquiry results and the sentences issued against the suspects.

The statement  by Euro-Med Monitor stressed  the need of the Tunisian authorities to keep control over the region and  ensure its role in preserving  and promoting public and individual freedoms, and also to hold to account everyone threatening individuals and public right to express their views and thoughts.