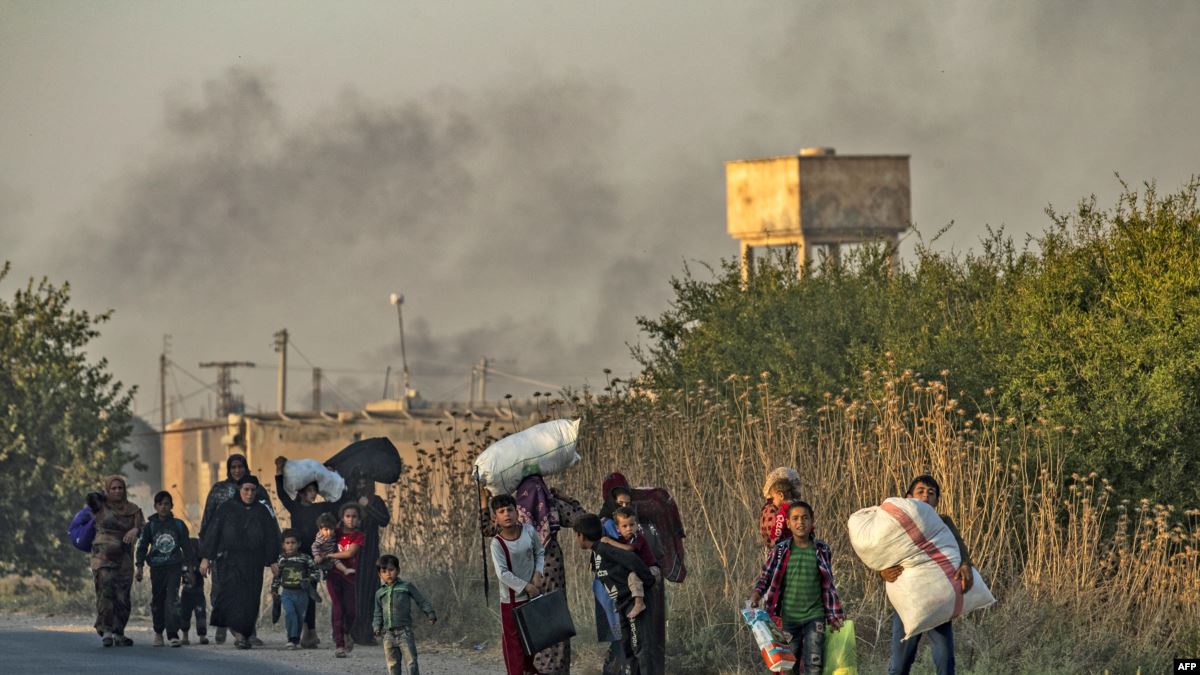 Geneva - The Euro-Mediterranean Human Rights Monitor expressed grave concern over the escalation of violence in several regions in northern Syria, and the mounting civilian casualties, calling for an immediate opening of safe corridors for the displaced, and providing an urgent provision of their basic needs.

The parties to the Syrian conflict, the United Nations, and the international community’s intervention are highly needed to stop the military escalation in Idlib, its countryside, and the western countryside of Aleppo, to save the lives of millions of civilians there.

The exchange of fire between the Syrian and Turkish forces on Monday in Idlib, which resulted in a number of deaths from the two sides, is a dangerous escalation that may increase violence in the region, while the continuous escalation of the Syrian regime forces is claiming more victims, especially among the displaced.

Euro-Med Monitor received reports of the killing of nine civilians, including four children today in an airstrike by the Syrian regime's warplanes which targeted a vehicle that was carrying them away from the western countryside of Aleppo where the military tension is.

Yesterday, 14 civilians were killed by Syrian and Russian raids on areas in Idlib Governorate and its countryside, including seven from one family who were killed in Sarmin town in Idlib’s eastern countryside.

Idlib, its countryside, and areas in the western countryside of Aleppo, where more than three million people, nearly half of them are displaced, live as a military escalation by the Syrian regime forces and Russia since last December continue. The escalation has left more than 260 civilians dead, in addition to the displacement of more than 400,000 others towards areas safer in the north, lacking the most minimum human needs.

Euro-Med Monitor warned of the continuing influx of displaced Syrians towards the Turkish border in large numbers, calling for urgent international action to stop the attacks that amount to war crimes against civilians.

The organization expressed its disappointment at the continued failure of the international community, including the United Nations, to take action to stop the violations against Syrian civilians, leaving them under indiscriminate shelling and systematic killings and displacement.

The Euro-Mediterranean Human Rights Monitor warned that the continued targeting of civilians and civilian objects in Idlib and its countryside constitutes a serious violation of the international humanitarian law, and may amount to a war crime according to the Fourth Geneva Convention for the Protection of Civilians, noting the parties involved must be held accountable.