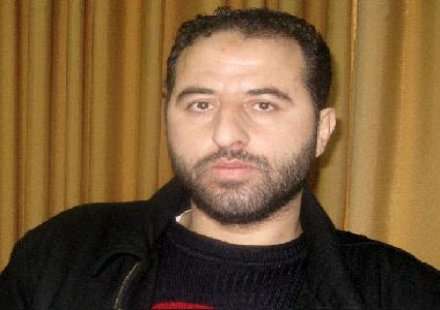 Update:  After Euro-Med Monitor and 4 other European human rights organizations called on the UN to take immediate action for saving the lives of the three Palestinian hunger strikers, Israel agrees to release Samer Albarq and decides to banish him to Egypt.

However, fellow hunger strikers Hassan Safadi (on his 88th day) and Ayman Sharawni ( on his 79th day) are still in a grave danger as their health continues to deteriorate. Sharawni's family has confirmed that their son has lost all feeling in his left leg and hand, and lost vision in his left eye. Euro-Mid Observer for Human Rights, therefore, is gravely concerned over the failure in the left part of the prisoner's body and fears this could be a result of critical damage to brain cells that may develop to partial paralysis.

Five European and Mideast human rights organizations have warned that three Palestinian prisoners in Israeli jails are near death after a hunger strike that lasted for over three months.

The five organizations demanded the UN to live up to responsibility by moving immediately to save the lives of the Palestinian hunger strikers ( Samer Albarq on his 117th day, Hassan Safadi on his 87th day, and Ayman Sharawni on his 77th day facing critical and life threatening health problems.

A joint statement issued Sunday, September 16 by the five organizations said "The three prisoners, particularly Albarq, are under threats of brain cells damages that could seriously cripple the brain from functioning properly and prevent it from healing". "Alarming Medical reports from Assaf Harofeh hospital, where the prisoners are staying, indicate that the prisoners could face death or incurable diseases "the statement added

The three hunger strikers are utterly unable to perform any physical activity, while Safadi has lost feelings in his limbs, the statement pointed according to a recent report by the International Committee of the Red Cross.

Euro-Med Monitor for Human Rights-Geneva, Friends of Humanity International-Vienna, Rights for All-Geneva, Houraia Wa Insaf( Liberty and Equality)- Tunisia, and Palestinian Justice Center- Stockholm urged the relevant human rights commissions to use their legal powers to  pressure Israel to stop its illegal detention terms against the hunger strikers and to find an urgent settlement to save their lives.

The aforementioned human rights bodies called for an immediate end to Israel's torture policy against the three hunger strikers laying on their death beds in Assaf Harofeh hospital warning that this policy will prompt the prisoners to carry on in their strike. Let alone that such a policy violates the right of patients to enjoy psychological care and safety.

The human rights organizations made clear that Israel turns a blind eye to the UN's condemnation of arbitrary detention without a trial practiced by Israel against Palestinians. In fact, Israel continues to ignore appeals made by European officials to put an immediate end for arbitrary detention.