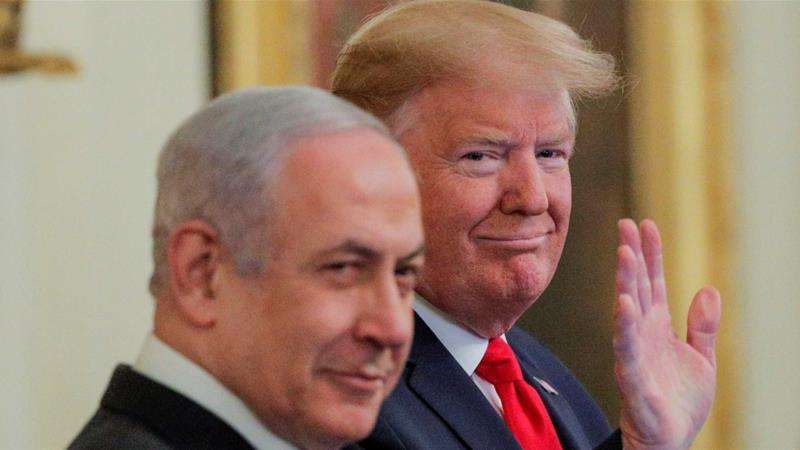 These are the strangest of times. On this almost everyone will agree.

Lives all over the planet are being torn apart either by the COVID-19 pandemic or as a result of its devastating social and economic dislocations. In such a moment, it is hardly surprising that the best and worst of humanity is being showcased.

Yet what seems worse beyond even these forebodings is the persistence of gangster geopolitics in its various manifestations.

Intensifying United States sanctions in the midst of the health crisis on already deeply afflicted countries such as Iran and Venezuela is one striking example. This display of the primacy of geopolitics is highlighted by its rejections of numerous high-profile humanitarian appeals for the suspension of sanctions, at least for the duration of the pandemic. Instead of suspension and empathy, we find a tone-deaf Washington almost gleefully upping its "maximum pressure" policy, perversely grabbing the opportunity to rachet up the pain level.

Another dark tale is the macabre Israeli dance around the disruptive lawlessness of the annexation of parts of the occupied West Bank promised by Israeli Prime Minister Benjamin Netanyahu.

The insistence that any annexation of occupied Palestinian territory directly violates fundamental norms of international law seems no longer to be taken seriously. Maybe because of this, Israel is poised to annex without even attempting to offer legal justifications for overriding the widely endorsed and rigidly interpreted rule that a sovereign state is not allowed to annex foreign territory acquired by force.

This instance of annexation additionally involves an extreme repudiation of international humanitarian law as embodied in the Fourth Geneva Convention. It amounts to a unilateral move by Israel to change the status of land in the West Bank from that of occupied since 1967 to that of its sovereign territorial authority. And further, such contemplated annexation directly challenges the authority of the United Nations, which by an overwhelming continuous consensus regards Israel's presence in the West Bank, East Jerusalem, and Gaza as solely based on force and occupation, making any modification dependent on a prior authoritative expression of Palestinian consent, which is hard to imagine ever being given.

For all these reasons it is not surprising that even Israeli heavyweights, including former heads of Mossad and Shin Bet, as well as retired army officers are sounding the alarm. Of course, none of this Israeli internal debate objects to annexation because it violates international law, rejects UN or European Union authority, and ignores Palestinian inalienable rights.

All the objections to annexation from within Israel are couched by exclusive reference to a variety of concerns about alleged negative impacts on Israeli security. In particular, these critics from within Israel's national security establishment are worried about disturbing Arab neighbours and further alienating international public opinion, especially in Europe, and to some extent the critics worry about weakening the solidarity of American and European Jews for Israel.

The pro-annexation side of the Israeli policy debate also mentions security considerations, especially with respect to the Jordan Valley and the settlements, but much less so. Unlike the critics, the more ardent proponents of annexation are land claimants.

They invoke a Jewish biblical entitlement to Judea and Samaria (known internationally as the West Bank). This entitlement is reinforced by referencing Jewish deep cultural traditions and centuries of historical connections between a small Jewish presence and this land held sacred.

As with Israeli critics of annexation, supporters feel no need to explain, or even notice, the disregard of Palestinian grievances and rights. Annexationists do not dare put forward an argument that the Jewish claims are more deserving of recognition than are the competing national claims of Palestinians, undoubtedly because their case is so weak in terms of modern ideas of law and the ethics of entitlement.

As has been the case throughout the Zionist narrative, Palestinian grievances, aspirations, and even the existence of a Palestinian people is not part of the Zionist imaginary except as political obstacles and demographic impediments.

At the same time, all along Zionism has been tactically opportunistic about disclosing the full extent of its project, instead focusing on what it could gain under a given set of circumstances as all that it wanted.

When one considers the evolution of the main drift of Zionism since its inception, the longer-term aspiration of marginalising Palestinians in a single dominant Jewish state that encompassed the whole of Israel's "promised land" has never been forsaken. In this sense the UN partition plan - while accepted as a solution at the time - is better understood as a stepping stone to recovering as much of the promised land as possible. In the course of the last 100 years, from a Zionist perspective utopia became reality, while for the Palestinians reality became dystopia.

How the prelude to annexation is being addressed by Israel and the US is as dismaying as the underlying erasure of the Palestinians, who will be cast out as a restive population to be kept fragmented and as disunited as possible so that their resistance and objections can be efficiently muted.

Netanyahu managed to secure approval for his annexation plan in the unity government deal with his rival-turned-coalition-partner, Benny Gantz. The only precondition for the proposal he is set to submit after July 1 was conforming the contours of the annexation to the territorial allocations embodied in the notoriously one-sided "Peace to Prosperity" proposal put forward by the Trump administration.

Even without the disclosure of the Trump peace plan, US tacit approval for annexation was hardly ever in doubt. It follows from Trump's endorsement of Israel's annexation of the occupied Syrian territory of the Golan Heights in March 2019.

As could be expected, Donald Trump's America is creating no friction, not even whispering to Netanyahu at least to offer legal justifications or explain away the negative effects of annexation on Palestinian peace prospects. Instead, the US Secretary of State, Mike Pompeo, gave a green light to West Bank annexation even before Israel formalised its claim, declaring provocatively that annexation is a matter for the Israelis to determine on their own (as if neither Palestinians nor international law had any relevance). He added that the US will convey its opinions privately to the government of Israel.

In the undisclosed background, the callousness of the annexation initiative seems designed to neuter the UN and blunt international criticism of Israel. It is expected that the annexation will be greeted by strong rhetoric of denunciation from several European leaders and possibly the presumptive Democratic presidential nominee Joe Biden, but unaccompanied by any serious push for an international campaign to reverse this taking of Palestinian land.

On the basis of past experience, it seems likely that after a few days of media coverage, concerns will subside, and the world will move on. Even the Palestinians, discouraged by years of fruitless waiting, seem to be suffering, at least temporarily, from a combination of resistance fatigue and ineffectual solidarity initiatives.

Such an assessment is one more sign that Israeli-US relations are being managed in accord with "gangster geopolitics", and without paying heed to international law or UN authority. It is a despicable act that sweeps law and morality aside while political space is forcibly cleared for land theft.

It follows an incredible pattern of official behaviour both in the US and Israel.

First, there is the defiant nature of the Israeli annexation claim. Secondly, there is the single qualification that Israel must obtain a geopolitical stamp of approval from the US government before going forward with annexation. Thirdly, there is the US government's move to throw the ball back to Israel by saying the decision to annex is Israel's to make, yet it will give Israel the benefit of its private opinion on the matter, presumably on the tactics of timing and presentation, without any consideration of matters of principle.

There is a ghostly melody accompanying this macabre dance. Israel tames its unilateralism by a gesture of geopolitical deference, and by this posturing, acts as if the approval of the US matters as something more than a political show of support. The US does not question the Israeli logic, yet it does not want to accept responsibility for a public show of approval. It declares in public that Israel is free to act as it wishes although withholding, at least for now, any public expression of approval or disapproval with respect to annexation.

Whether this will cause any problems as the July date approaches is unlikely, especially as Israel will present annexation as a partial implementation of the Trump proposals.

I suspect that the US private message will be one of discreet approval, which Netanyahu will undoubtedly treat as satisfying the agreement with Gantz.

What stands out here is the arrogance of the politics of annexation. Not only are the rules and procedures of the world public order cast aside, but the internal discourse on the transfer of rights is carried on as if the people most affected are irrelevant, a kind of "internal Orientalism". Such is the reality of gangster geopolitics.