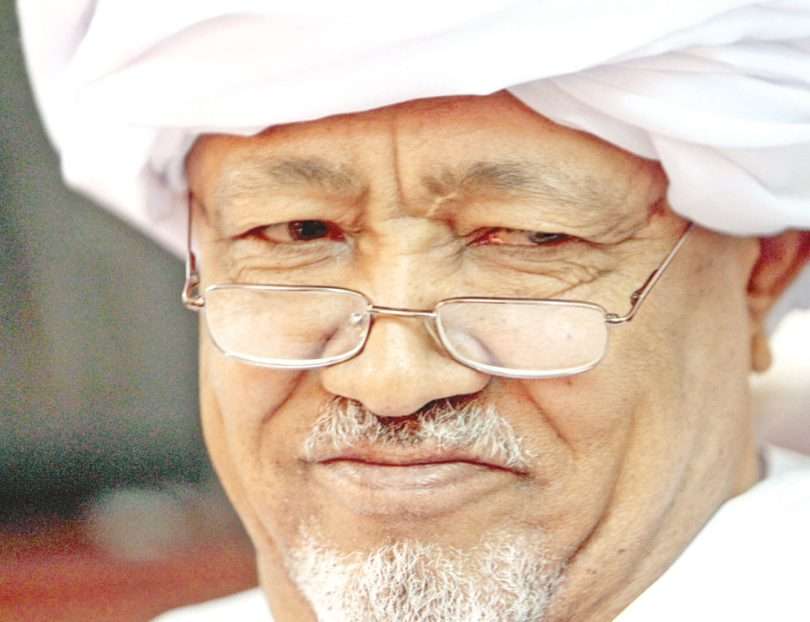 Geneva - Sudanese journalist writer and the head of the Just Peace Forum Party,Al-Tayeb Mustafa, was arrested on June 2, 2020 on the background of publishing articles criticizing the Sudanese government, the Euro-Mediterranean Human Rights Monitor said in statement condemning the arrest.

Arresting Mustafa over his public views is a serious violation of freedom of opinion and expression and the relevant international conventions and agreements.

Mustafa, who previously served as the former Director-General of the Sudanese TV and a formerMinister of State for Information Affairs, was arrested from his house in the Sudanese capital Khartoum. He was placed in a police station in the Al-Muqrin district in the city center. The Sudanese Public Prosecution charged him with “defamation, and attempting to undermine the Constitutional system," because he criticized the commission in charge of dismantling the ousted regime in his newspaper articles.

The arrest of Mustafa is an arbitrary measure that violates international agreements guaranteeing freedom of opinion and expression, including the International Covenant on Civil and Political Rights, which Sudan ratified in 1986, which stipulates in Article 19 that: “Everyone shall have the right to freedom of expression; this right shall include freedom to seek, receive and impart information and ideas of all kinds, regardless of frontiers, either orally, in writing or in print, in the form of art, or through any other media of his choice.”

Anas Aljerjawi, The Euro-Med Monitor’s Middle East and North Africa Regional Director stressed the implications that might result from the return to the former regime’s policy of muzzling mouths and arresting opponents. He called on the Sudanese government to fulfill their obligations in line with local laws and relevant international agreements, but also to fulfil the aspirations of the Sudanese people who rose up against repressive policies and paid a heavy price for the sake of realizing change and democratization.

“The persistence of the policy of silencing people and pursuing opponents undermines the chances of building a democratic society,” Aljerjawi said. “This raises doubts about the authorities' intentions to provide a safe environment for the work of all parties and political trends in the country.”
“The transitional government in Sudan should release Mustafa immediately and respect freedom of expression and stop any violations of human rights, including arbitrary detention,” he noted.

In April 2019, the Sudanese Army Command removed Omar al-Bashir from power following widespread protests over the deterioration of political and economic conditions. The Sudanese military and opposition civilian parties agreed to share power and formed a transitional governing council of civilian and military members paving the way for democratic elections 39 months later.