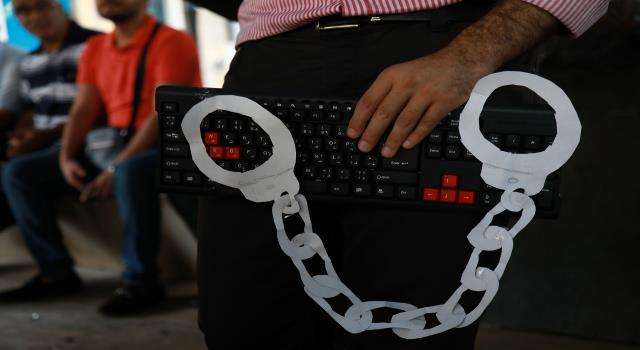 Geneva -The Lebanese attorney general’s campaign to identify people who criticize the president online and charge them with “crimes of libel, defamation and insult,” is a crude attempt to silence dissenting voices, says the Euro-Mediterranean Human Rights Monitor.

Ghassan Oueidat ordered the Central Criminal Investigation Department to investigate to people who post on social media complaints about the poor economic, political and social conditions in the country.

This is an unacceptable tightening of censorship on social media to subdue and intimidate activists and independent media. The authorities should abide by the Lebanese constitution and international agreements and covenants related to human rights and freedom of expression.

Paragraph (b) of the introduction to the constitution affirms that “Lebanon is a founding and working member in the United Nations organization and is committed to its covenants and to the Universal Declaration of Human Rights. The state embodies these principles in all fields without exception.” Paragraph (c) stipulates that Lebanon is a parliamentary democratic republic based on respect for public freedoms, in the forefront of which is freedom of opinion.”Article 13 affirms that “freedom of opinion, expression through speech and writing, freedom of the press, freedom of assembly, and freedom of association are all guaranteed within the scope of the law.”

Article 19 of the Universal Declaration of Human Rights states that “everyone has the right to freedom of opinion and expression; this right includes freedom to hold opinions without interference and to seek, receive and impart information and ideas through any media, regardless of frontiers.”

Lebanese authorities should respect the principle of separation of powers enshrined in paragraph five of the introduction to the national constitution, and refrain from interfering in the work of the judicial authority. Otherwise, the constitution and international covenants will be merely “dead letters.”