Trapped Along the Balkan Route: Border Push-Backs, No Man’s Land Other Illegal and Degrading Treatments Against Migrants 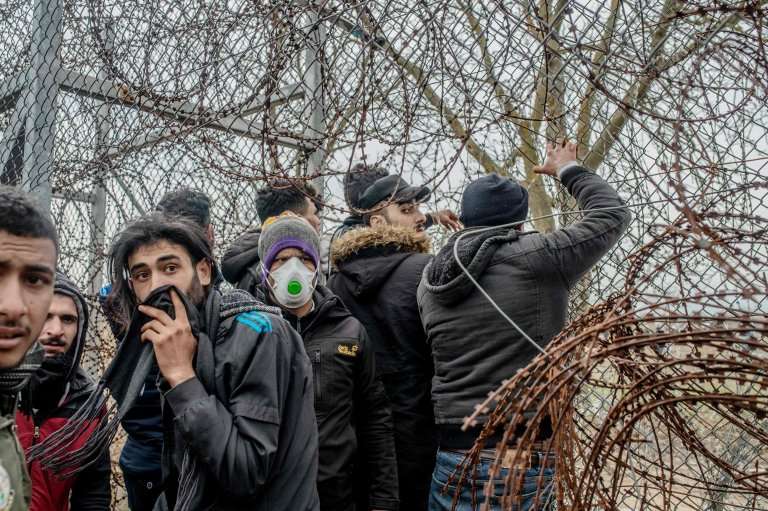 Each state has the right to control its borders, but this sovereignty should not come at the expense of fundamental human rights of people on the move, making excessive or disproportionate use of force and avoiding compliance with international commitments.

Push-backs are illegal. They are coercive operations in which the authorities of a country refuse entry to people or return them back to the country they are trying to leave, or in some cases even into the high seas, denying them the procedural guarantees and the possibility to apply for asylum.

Since 2019, and more particularly since May 2020, several human rights organizations expressed strong concern over the brutal chain of push-backs of migrants carried out between Italy, Slovenia and Croatia to Bosnia, out of the EU zone. Two Italian migrant-aid organizations, the Italian Consortium of Solidarity (ICS) and Caritas in Trieste, published a statement on May 28, condemning border authorities in north-eastern Italy of illegally returning asylum seekers to Slovenia, but their concerns remained unanswered.

In July, the Administrative Court in Ljubljana ruled that the pushback of a 24-year-old Cameroonian asylum seeker to Croatia in 2019 was illegal and that Slovenian police failed to provide the legal guarantees demanded under EU law. This court decision re-opened the discussion on push-backs and shed a light on this long-standing and brutal practice, that Italy, Slovenia and Croatia’s governments used to hide, which they now aim to normalize.

Indeed, in July Italy’s interior ministry admitted to informally returning migrants to Slovenia, defining the rejections as perfectly legal "informal readmission procedures", allegedly in application of the bilateral Readmission Agreement between the Italian and Slovenian governments signed in Rome on 3 September 1996. Likewise, Slovenian authorities have justified these "readmissions" citing a bilateral agreement signed in 2006 with Croatia.

Yet Italian and Slovenian legal experts do not share the same opinion. According to ASGI, the Italian Association for Legal Studies on Immigration, the whole procedure has major flaws, as the agreement cited by Italian authorities is dubious in its legitimacy. The PIC, the Legal Centre for the Protection of Human Rights and Environment in Slovenia, agree with Italy's ASGI lawyers in stating that this agreement goes “against the European legal order”.

The summary return of asylum seekers – without consideration of their protection needs and without going through any official procedure – constitutes a violation of the prohibition of collective expulsions and the principle of non-refoulement and is contrary to European Union asylum law - in particular the rules defined by EU Regulation 604/2013 (Dublin III Regulation) and EU Regulation 2016/399 (Schengen Border Code) - the EU Charter of Fundamental Rights, the European Convention on Human Rights and the 1951 Refugee Convention.

Deported migrants are not guaranteed access to asylum procedures, making it impossible to carry out an individualized assessment of their need for international protection. During the push-backs there is no written decision on why or where migrants are transferred, no official report nor evidence. According to the words of migrants who experienced these push-backs, like Ahmed, they are given a report of identification, declaration of domicile and appointment of the defender together with a complaint for illegal entry into the country by the Italian border police, then, without any explanation nor the possibility to legally appeal against this decision, they are transferred to a van, handed over to the Slovenian and then Croatian authorities to find themselves in Bosnia, often robbed of their money, clothes and mobile phones and become victims of psychological and physical violence by the border police.

In July the Italian Ministry of the Interior stated that it considers Slovenia and Croatia safe countries as members of the European Union, yet it seems appropriate to express strong concerns as, between January and May 2020, physical violence and degrading treatment against migrants have been reported in more than 60 percent of all recorded pushback cases from Croatia, and recent reports indicate the number of forced returns is rising.

The Italian government cannot continue to pretend to ignore the fact that migrants pushed back from Italy to Slovenia and then to Croatia are forcibly transferred to Bosnia and out of EU zone. Neither can they continue to pretend to ignore that such operations are carried out without informing deported migrants of their rights, especially their right to apply for asylum. These operations are also conducted  without giving deported migrants legal and linguistic assistance. It leaves migrants abandoned at the mercy of the brutal violence of the police, who should not have the authority to decide whether a person may or may not apply for asylum.

Yet Italy, Slovenia and Croatia have continued to send extra police to control their borders since July and, at the beginning of September, Bosnian authorities have deployed more police officers in north-eastern Bosnia, along a main transit highway, to prevent migrants who are headed to western Europe from entering this territory. As neighbouring administrative regions of Bosnia have too started to block migrants from walking back and heavy-handed Croatian police is deployed on the border to hunt, push back and punish those who try “the game”, i.e. the attempt of entering the EU, migrants are finding themselves trapped in a “no man’s land” in Una-Sana Canton – the final departure point for trying to enter in Croatia – in a never-ending and cruel cat-and-mouse game.