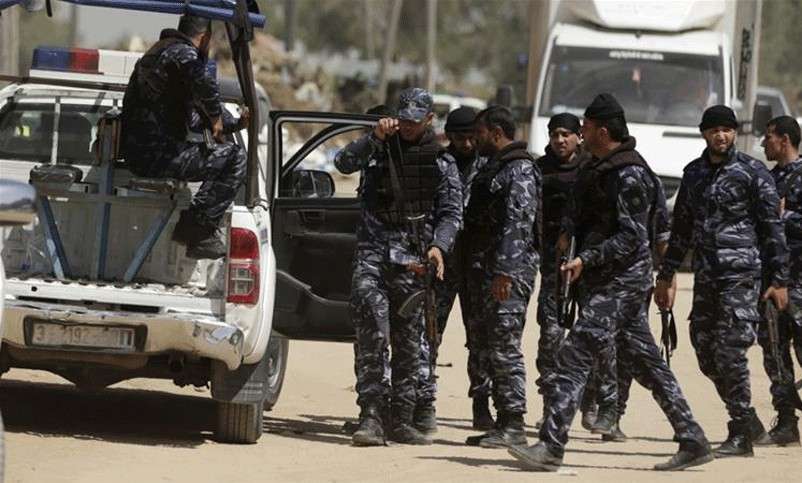 Geneva - The security services in the Gaza Strip have been repeatedly assaulting civilians under the pretext of quarantine measures and preventing the spread of the Coronavirus, the Euro-Mediterranean Human Rights Monitor said in statement on Thursday.

The measures imposed by the ruling authorities in the Gaza Strip – although important – do not in any way justify law enforcement forces’ violations of the rights of individuals. The authorities must fully adhere to the rule of law while implementing these procedures, and refrain from arbitrary practices that would add to the suffering of Gazans.

Since the authorities in Gaza imposed a curfew on the Strip on the evening of Monday, August 24, 2020 to limit the spread of the Coronavirus, after discovering the first cases outside quarantine centers, Euro-Med Monitor has received dozens of complaints of violations committed by the security services in Gaza during the implementation of quarantine procedures.

These violations include arresting individuals during their movement during curfew periods; and severe beatings, with batons, hands and feet, while some were taken to police stations, where they were held for hours. Some individuals were also attacked by the security forces, although the areas in which they were arrested were subject the limited movement orders.

On the evening of Sunday, September 20, the Gaza police assaulted two brothers, Muhammad and Rajab Hamdan 23 and 22 years old in Al-Nuseirat refugee camp in the central Gaza Strip, claiming they violated the quarantine measures and did not close the grocery store of their father where they work. According to the testimony of family members, when their mother, Manal Abdel Fattah Hamdan, 47, who has breast cancer, tried to intervene, the security forces members attacked  her and pushed her back. Half an hour later, she fell unconscious and was transferred to the Al-Aqsa Martyrs Hospital in Deir Al-Balah where she was announced dead of a heart attack.

In addition, arrests were carried out by non-law enforcement agencies, such as what was reported by young man Abdul Aziz Abu Zayed, 26, who was arrested by a force during curfew hours at one o'clock in the morning of Wednesday, September 24 2020, near the Gaza beach. He was arrested and taken to an unknown location after the force that arrested him refused his justification for leaving his home at the time of the ban and refusing to give the security force his mobile phone password. He was beaten by a group of people, and later was handed over to the Internal Security Forces.

Abu Zayed said: “Verbal and physical insults such as punches and other things did not stop until I arrived at the investigation room at the [Internal Security Forces] headquarters, where I received another round of insults, accusations, mockery, and beating with a stick on my head and a rubber tube on my shoulders, head and back. They confiscated my phone and viewed my personal data and private photos. Their repeated insults continued until about 3:30 in the morning, before I was placed in a cell, approximately 2.5*1 meters, with a toilet and unclean bed for sleeping. I was released at noon on the same day”.

Euro-Med Monitor has received complaints related to the violation of freedom of opinion and expression on social media. Activists were summoned and detained, while the Public Prosecution announced daily opening of investigations into cases related to communication crimes and circulating rumors and false news, the most recent of which was the opening of investigations in 45 cases on 23 September 2020.

The ruling authorities in the Gaza Strip should adhere to the legal standards during the implementation of their various procedures away from any arbitrary measures, and to ensure that law enforcement abide by these standards and do not violate the rights of citizens.

Although the government has the authority to impose exceptional restrictions and measures to confront the pandemic based on the state of emergency, this should not affect the right to not be subjected to torture and inhumane, cruel and degrading treatment, as confirmed by Articles 4 and 7 of the International Covenant on Civil and Political Rights of 1966.

The authorities should not exploit the situation to force a policy of gagging, violating the right to opinion and expression, or restricting the practice of journalism. The Public Prosecutor should investigate the incidents of assault, abuse and unlawful detention that took place; rehabilitate the victims; and hold the perpetrators accountable.