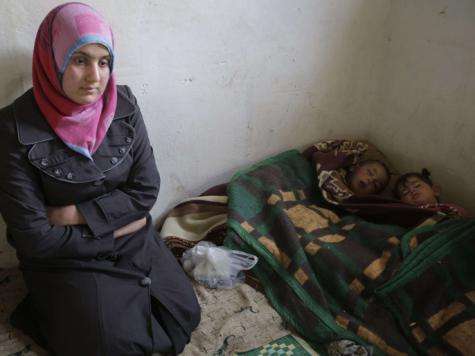 GENEVA, (UNHCR) – The UN refugee agency, citing data received from UNHCR's offices in the Syria region, on Wednesday (March 6) announced that the number of Syrians either registered as refugees or being assisted as such has reached the 1 million mark.

"With a million people in flight, millions more displaced internally, and thousands of people continuing to cross the border every day, Syria is spiralling towards full-scale disaster," said UN High Commissioner for Refugees António Guterres. "We are doing everything we can to help, but the international humanitarian response capacity is dangerously stretched. This tragedy has to be stopped."

The number of Syrian refugees fleeing their country has increased dramatically since the beginning of the year. More than 400,000 people have become refugees since January 1, 2013. They arrive traumatized, without possessions and having lost members of their families. Around half of the refugees are children, the majority under the age of eleven. Most have fled to Lebanon, Jordan, Turkey, Iraq and Egypt. Increasingly, Syrians are also fleeing to North Africa and Europe.

"This number translates into 1 million people who are dependent on the generosity of host countries, the response of humanitarian agencies and the financial support of governments and individuals," said Guterres.

The High Commissioner noted that the impact of this large number of refugees arriving in neighbouring countries is severe. Lebanon's population has increased by as much as 10 per cent. Jordan's energy, water, health and education services are being strained to the limit. Turkey has spent over US$600 million setting up 17 refugee camps, with more under construction. Iraq, juggling its own crisis with more than 1 million Iraqis internally displaced, has received more than 100,000 Syrian refugees in the past year.

"These countries should not only be recognized for their unstinting commitment to keeping their borders open for Syrian refugees, they should be massively supported as well," said Guterres.
UNHCR named Bushra, a 19-year-old mother of two, as the symbolic 1 millionth refugee. She was registered in the coastal city of Tripoli in northern Lebanon on Wednesday. She has been living in a dilapidated two-room building in a Tripoli slum since crossing the border just over two weeks ago.

When UNHCR visited her earlier this week, she was holding her son Sleiman in the corner where they sleep at night. Her daughter Hanin, aged three, huddled close to her mother in the room they share with 12 other refugees.

Her flight to Lebanon was a desperate last measure. She moved with her children from the city of Homs, where she lived, and sought safety in several villages to avoid tanks and shelling and gangs of men whom she feared would rape or kill her and her little ones. But soon, she said, the shooting would begin, the shelling would rain down and it would be time to leave.

Before the conflict, she lived with her husband of five years and his family. He was a truck driver and was able to provide for the family. Now he is missing. "We need help," Bushra said. "We hope this will end so we can go back to our house. We need to feel peace and stability. We cannot ask for anything more."

In December, the UN's Regional Response Plan for Syrian Refugees estimated that 1.1 million Syrian refugees would arrive in neighbouring countries by the end of June 2013. UNHCR is in the process of adjusting this plan, in light of the new figures. Currently, the plan is only about 25 per cent funded.

Without a political solution to the conflict, Guterres said, "at a minimum, humanitarian actors should receive the funds needed to save lives and ease suffering."

The Syria crisis will be two years old next week. High Commissioner Guterres will be travelling to the region later this week to visit UNHCR operations in Turkey, Jordan, and Lebanon.