Iraq: Kidnapping of Sajjad El-Iraqi must be dealt with as part of broader approach to strengthen rule of law 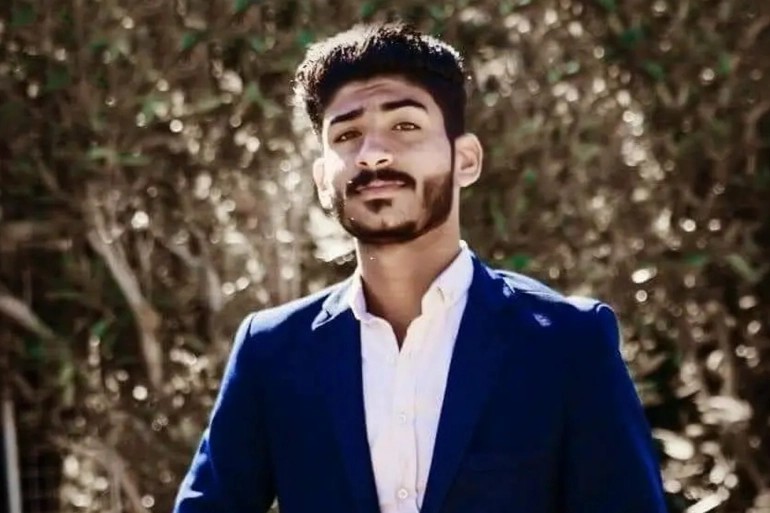 Geneva-based Euro-Mediterranean Human Rights Monitor strongly condemns the kidnapping of activist Sajjad El-Iraqi and calls on the authorities to deal with the situation in a clear manner to strengthen the rule of law and dissolve armed militias targeting civil activities in the country.

In a press release on Sunday, 27 September, 2020 Euro-Med Monitor stated that on Sunday, September 20, activist Sajjad El-Iraqi was kidnapped from one of the streets of Nasiriyah city in Dhi Qar Governorate in southern Iraq. While he was in a private care with his friends going to visit a patient, two pickup cars carrying seven armed persons asked Sajjad’s friends to hand him over quietly. Once they refused, the armed persons severely beat them, injured Sajjad’s friend Basem Falih, and kidnapped Sajjad and disappeared.

The incident sparked outrage in Nasiriyah city, where protestors closed the city exists, cut off some of the city’s roads and bridges, and started gathering in front of the town hall, calling for rescuing Sajjad and catching the kidnappers.

During protests, riots started where protesters burned the headquarters of religious institutions belonging to some of the armed parties accused of the kidnapping. One of these headquarters belongs to the Abbas party, one of the prominent parties of the Popular Mobilization Forces.

The police commander of Nasiriyah city stated that one of the kidnappers’ identities had been identified. Security assessments indicate that one of the armed clans has Sajjad in one of the villages in Syed Kheel to the east of Nasiriyah. It was reported that the Prime Minister, Mustafa Al-Kadhimi, sent a Combating Terrorism Center’s military force to Nasiriyah to free Sajjad. In addition, security forces have been cordoning off the area that Sajjad is expected to be in for five days. However, no results have been obtained yet.

Euro-Med Monitor stressiz the importance of expanding the process of dealing with the kidnapping Sajjad to strengthen the rule of law and put an end for assassinations and kidnappings of armed militias against the Iraqi people. Further, it is unacceptable that militias keep using violence and threatening whoever opposes their illegal practices.

Euro-Med Monitor stressed the importance for the Iraqi Prime Minister to take a courageous decision to dismantle all outlawed militias and to firmly control the conduct of regular forces according to the rules of law. Further, combatting the terrorism of these militias is as important as combatting Daesh's terrorism, where the latter attacked Iraq in 2014. The participation of some of the militias in the war against Daesh does not, under any circumstance, grant them the immunity to repeat those horrific practices that plagued Iraqis in recent years.

According to activists close to Sajjad, he was threatened more than once to be killed and to have his house bombed as he possesses files of corruption that incriminate senior officials in the country. In particular, on the night of August 22nd, 2020, Sajjad became the target of an attempted assassination with an explosive bomb attached to a motorcycle that targeted two tents belonging to protestors at Al Habobi Square in Nasiriyah city. As a result, 11 injuries were reported.

In a related context, after a TV interview, where lawyer and political activist, Hussein Gharabi referred to the kidnappers of Sajjad and to what entity they belong to, on September 25th unknown assailants targeted the house of Hussein in Dhi Qar Governorate using an explosive bomb, stated Euro-Med Monitor.

Euro-Med Monitor’s legal advisor, Tariq Iliwa, stated that “the subsequent constitutional documents in Iraq guaranteed the freedom of peaceful protest and expression of opinion, where Article 26 in Iraq’s Constitution of 1970 stipulates “The constitution shall guarantee the freedom of opinion, publication, meeting, demonstration, forming political parties, unions and societies in accordance with the aims of the Constitution and within the limits of the Law. The State shall endeavor to provide the required means for practicing these freedoms,” indicating that peaceful demonstrations in Iraq do not violate this law under any circumstances but express the citizens’ just demands, who call for improving their living conditions and fighting unemployment.”

He added, “After 2003, Iraq witnessed the issuance of several constitutional documents, ensuring the freedom of demonstration in accordance with Article 13 that stipulates “the freedom of demonstration and peaceful protest within the limits of the law.” However, these militias’ practices, including kidnapping, detention of protestors and civilians, and suppressing their freedoms and demands for a better life, grossly violate this law. The government's role is to send its security forces to ensure the protection of the civilians and meet their humanitarian aspirations.”

Euro-Med Monitor calls on the Iraqi authorities to scale up its efforts to find Sajjad and set him free, hold the responsible parties accountable, take more decisive measures to stop the infringement of armed militias, put an end for the state of chaos in the country, and provide a safe political and social environment away from threats and reprisals.