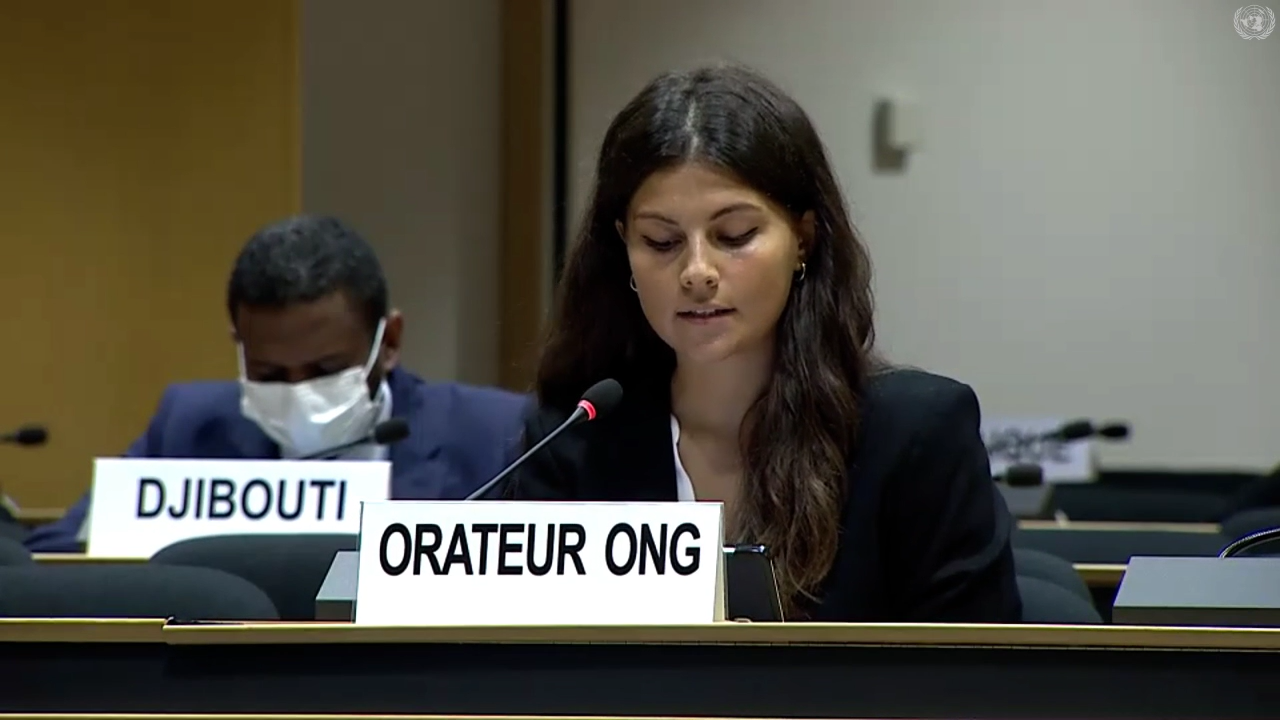 Geneva – In an oral statement before the United Nations Human Rights Council (UNHRC), the Euro-Mediterranean Human Rights Monitor expressed its deep concern over the escalation of Israeli violations against human rights organizations and defenders in the Occupied Palestinian Territories (oPts) in light of the absence of any serious action from the international community to address such violations and to put an end to the policy of impunity.

In a joint statement with the International Institute for Rights and Development (IRDG) as part of UNHRC’s general debate on the human rights situation in Palestine and other occupied Arab territories during the 45th session of UNHRC, Euro-Med Monitor reviewed examples of  Israeli attacks against human rights defenders in the Palestinian territories to highlight the serious impact of this policy on restricting human rights work and impeding the documentation, monitoring, and combating of ongoing violations.

Michela Pugliese, a researcher at Euro-Med Monitor, noted in the statement that the Euro-Med Monitor, its chairman Ramy Abdu, and some of its staff are subjected to continuous Israeli harassment such as smear campaigns and restrictions on their work and movement. These restrictions are against the backdrop of the organization’s work in exposing Israeli violations, especially the blockade of the Gaza Strip and the devastating military attack in the summer of 2014.

The statement added that the Israeli authorities keep preventing, under the pretext of undeclared “security concerns”, Amnesty International’s officer Laith Abu Ziyad from accompanying his mother to East Jerusalem to attend to her chemotherapy sessions.  These justifications are often used for mere revenge over his activities in documenting Israeli violations.

Based on a law adopted by the authorities in 2017 that allows the deportation of foreigners supporting the boycott of Israel due to its inhumane treatment with Palestinians, the Israeli Supreme Court (ISC) upheld in November 2019  another arbitrary decision to deport Omar Shakir, the Director of Human Rights Watch (HRW) in the oPts.

In 2016, Israel used the Defense (Emergency) Regulations of 1945, dating back to the British Mandate, to prohibit the work of a large number of civil and charitable associations in the oPts, including that of the Euro-Med Monitor. Israel uses those regulations on a large scale to punish and deter whoever criticizes and documents its violations.

The two organizations called on the international community to confront the Israeli systematic policy of muzzling any voice that criticizes its practices and exposes its violations in the Palestinian territories and to support the work of these organizations to ensure that monitoring and documenting Israeli violations continues, which will contribute to holding it accountable.

Euro-Med Monitor regularly participates in the United Nations Human Rights Council’s events, which holds three sessions annually. Through oral statements and special seminars on the sidelines of the Council, Euro-Med Monitor highlights pressing human rights issues in the Middle East and North Africa, to amplify the victims’ voices and expose violations and their perpetrators. Euro-Med Monitor repeatedly calls upon the Council and member states to take appropriate actions to protect human rights and stop violations.