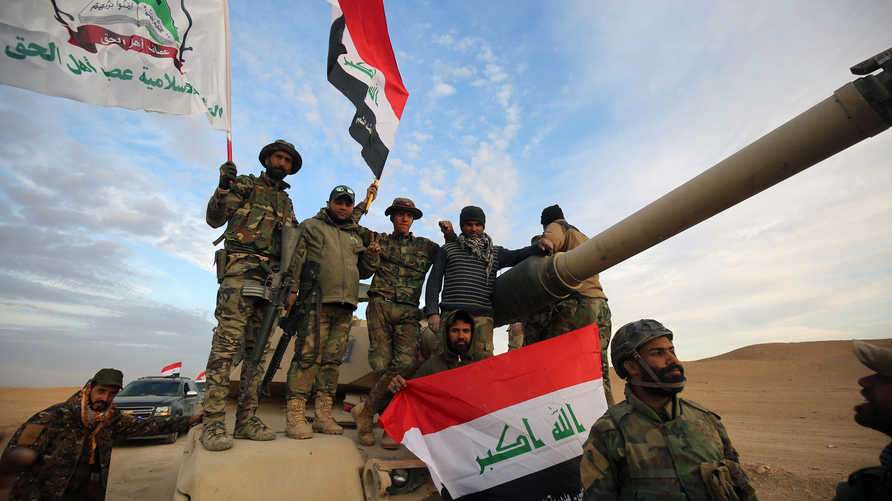 Government-backed militia in Salah al-Din governorate kidnapped and executed a number of civilians. The Iraqi government bears full responsibility for the incident and maintaining security and order in the country, the Euro-Mediterranean Human Rights Monitor said in a statement.

Armed groups believed to be affiliated with the Asa'ib Ahl al-Haq militia, one of the Popular Mobilization factions (officially belongs to the Iraqi regular forces), stormed at dawn on Saturday 17 October the village of Al Farhatah and kidnapped 25 civilians. Hours later, residents of the village found the bodies of eight, including children, near an agricultural road, with gunshot wounds in the chest and head, while the fate of four others remain unknown until now, as 13 were released.

Sheikh Jassim al-Majma'i, director of Ishaqi town in Salah al-Din governorate, told Euro-Med Monitor that “A security force affiliated with one of the Popular Mobilization factions – according to the testimony of the residents of the region – entered the adjacent Al Farhatah and Rafiyat areas at 3:00 am on Saturday and kidnapped 25 people. They released 13 while the rest are still detained. Residents of the area were surprised on the same day at 11 am when they found the bodies of eight of the kidnapped persons, including children, in an agricultural area 500 meters away from the village. Four of them are still missing until this moment.

Local sources, and analysis of videos recorded by eyewitnesses, revealed that the gunmen who carried out the raid wore military uniforms and were traveling in 4x4 vehicle with the title "43rd Brigade". The forces were led by a person called Abu Haidar. They carried out the kidnapping and killing campaign in revenge for the killing of a member of the militia in an attack by ISIS in Sayed Gharib area in Salah al-Din governorate.

Eyewitness testimonies indicated that the perpetrators stormed the village four days before the execution of the crime, and detained the residents of village and photographed them. On Saturday at dawn, they returned to carry out the kidnapping, as gunmen told the residents that they had "got permission to execute them". Hours later, the brutal crime was discovered.

A resident of Al Farhatah said: “On Saturday at 3:00 am, the residents of the village were surprised that a security force belonging to one of the Popular Mobilization factions entered the area, where they forcibly entered a house and hit a woman (mother) with a gun butt, which caused her to fall on the ground. They kidnapped her children, Muhannad Ibrahim Ali Al-Qaisi, 20 years, and Aziz Ibrahim Ali Al-Qaisi, 23, and took them to an unknown destination. At 11:00 am we were shocked by the presence of corpses near the area, with signs of torture, beating with knives and shooting. This force kidnaps people repeatedly. Many have been missing for a long time".

Testimonies indicated that after the kidnapping, the armed groups crossed the Ishaqi town, where a security checkpoint of the Federal Police gave them the permission to pass without objection. It is worth mentioning that the area where the incident took place is surrounded by the army and local police forces, whose role is supposed to protect the population against armed attacks.

"The Iraqi Prime Minister demanded opening a direct investigation into the incident. Until this moment, however, we have not seen any of the investigation results; instead, the Iraqi army forces in the area increased," said Al-Majami. "People in the area sent their complaints to the Prime Minister regarding the fact that security forces belonging to the Popular Mobilization prevent them from returning to their homes, since the people of Al Farhatah and Rafitayt were among the displaced after the battles with ISIS. A significant number of people from Rafitayt cannot return to their home as the kidnappings and killings are a part of the plan to intimidate them and perpetuate their displacement".

Euro-Med Monitor’s MENA Regional Manager, Anas Aljerjawi, stated that kidnapping and field executions against a group of Iraqis may amount to "a crime against humanity". He warned against the danger of cover-up following the opening of an investigation into this crime and the need to hold the perpetrators accountable.

"Brutal crime comes are a result of governmental weakness in dealing with the armed militia’s control of the public. This governmental inaction towards the chaos in the country will result in the increase of kidnappings, executions, assassinations, and forced disappearances,” Aljerjawi added, stating that it is authorities’ responsibility to protect Iraqis’ lives and ensure security in the country.

Domestic laws criminalize any violations against the right to life in a number of its provisions. Article 15 of the Constitution of Iraq stipulates that “every individual has the right to enjoy life, security and liberty. Deprivation or restriction of these rights is prohibited except in accordance with the law and based on a decision issued by a competent judicial authority".

On the International Law level, Article 3 in the Universal Declaration of Human Rights stipulates that “Everyone has the right to life, liberty and security of person” while Article 3/b in the Convention on the Rights of the Child, which Iraq signed, stipulates that “no child shall be deprived of his or her liberty unlawfully or arbitrarily. The arrest, detention or imprisonment of a child shall be in conformity with the law and shall be used only as a measure of last resort and for the shortest appropriate period of time".

The Iraqi authorities should open an immediate investigation into the crime, scale up their efforts to know the fate of the rest of the kidnapped, and hold whoever planned and committed this crime accountable.

The Iraqi government should adopt more strict measures to put an end to crimes committed by armed militias against civilians and to end the state of chaos in the county.