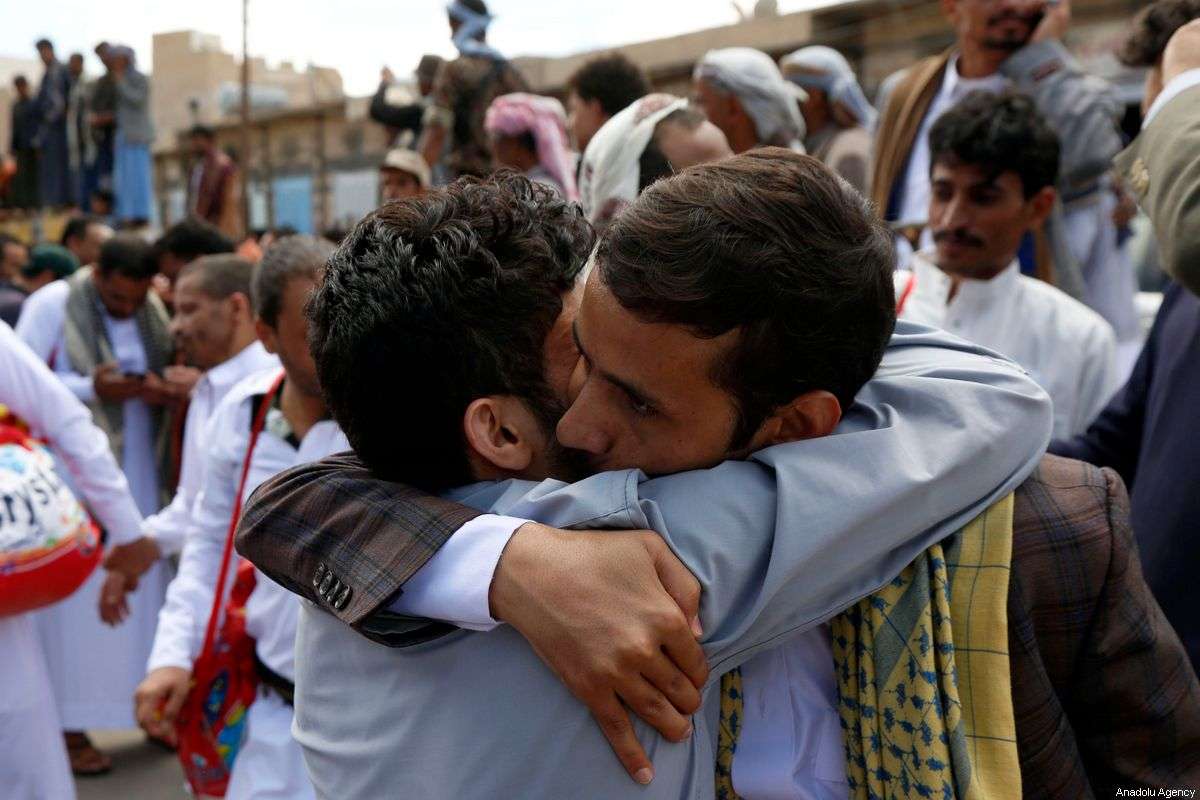 We are proud to bring about real change through concrete steps to bring justice to victims of human rights violations in collaboration with other organizations around the world. After decades of armed conflicts and wars, the Middle East and North Africa have become a hub for human rights violations, with most perpetrators enjoying impunity. People have lost faith in the ability of human rights defenders to help them. Nonetheless, change is happening at the hands of hundreds of thousands of these courageous human rights defenders. In the words of Professor Richard Falk, chair of the Euro-Med Monitor Board of Trustees: “It is important to continue the struggle despite frustrations and disappointment based on an ultimate faith in the triumph of justice”. Here are some of our accomplishments:

In September, the Yemeni government and the Houthis, the main parties to the conflict in Yemen, reached an agreement on arranging a swap deal of more than 1,000 prisoners. On October 15, under the supervision of the United Nations (UN) and the International Committee of the Red Cross (ICRC), the two parties implemented the first phase, which included more than 1,000 Yemeni prisoners, 15 Saudis, and four Sudanese.

Implementing the swap deal between the parties to the conflict in Yemen is a golden opportunity to put an end to the issue of prisoners and enforced disappearance and is a positive step towards reaching a political solution Yemenis have been waiting for five years.

Throughout the years of the conflict, Euro-Med Monitor documented dozens of cases of people who were enforcedly disappeared and arrested by the Yemeni government and the Houthis. Also, complaints regarding disappeared persons were issued to the UN Special Procedures.

A report about the violations in Hanish prison in Yemen

A press release about the fate of Khaleda Al-Asbahi

On October 23, the parties to the conflict in Libya signed a ceasefire agreement at the Geneva-based UN headquarters. This agreement may put an end to years of war and instability, enable Libyans to live peacefully, and ensure a democratic future, guaranteeing all their rights without violence.

Like other organizations, Euro-Med Monitor has worked, since the conflict started, to urge decision-makers, UN officials, and the international community to seriously work on putting an end to the conflict between the concerned parties.

During its participation in the 45th session of the HRC, Euro-Med Monitor called on relevant UN entities, including the Security Council, to adopt the agreement and follow up its implementation and hold whoever breaches it, whether Libyan parties or their foreign allies, to account.

After fire sparked at Moria camp in last September, the German authorities stated their intention to receive 1,553 assylum seekers from the Greek islands. On October 29, they received 66 migrants who make a total of 14 families.

In partnership with other human rights organizations, Euro-Med Monitor addressed the European Union after the horrific Moria camp fire and demanded it to shed light on the difficult conditions in refugee camps, especially in Greece, to improve the conditions of asylum seekers, especially those living in overcrowded camps, to accommodate more asylum seekers, and distribute the burden among EU member states.

-On October 18, the Italian authorities ended the detention of migrants infected with the Coronavirus and held on quarantine boats. Holding migrants on these ships added to the deterioration of the physical and mental health of migrants and asylum seekers rescued at sea.

On October 16, Euro-Med Monitor addressed the authorities in Italy to end the detention of migrants infected with the Coronavirus and held on quarantine boats, calling on them to stop illegal practices that violate the basic rights of people rescued at sea, and to place migrants who have tested positive for the Coronavirus in proper facilities that guarantee their safety and dignity.

-On October 21, Italian President Sergio Mattarella approved partial amendments of the security decrees presented by former Minister of the Interior, Matteo Salvini, regarding managing migration affairs and search and rescue work at sea. The amendments included some improvements that would make the asylum system in the country more humane.

In lobbying and advocacy campaigns that spanned over years, Euro-Med Monitor worked with international partner organizations to pressure the European Union governments, including Italy, to absorb more asylum seekers and distribute the burden between them. Euro-Med Monitor also addressed the Italian authorities on October 11 to carry out comprehensive and courageous reforms to the asylum and migration system and not only conduct partial reforms that would only cause a limited improvement in the difficult reality of migrants and asylum seekers.

On October 28, members of the European Parliament called for holding the European Border and Coast Guard Agency (Frontex) accountable for purchasing drones to monitor asylum seekers at sea, and evading its responsibilities towards the distressed.

On May 6 of this year, Euro-Med Monitor addressed members of the European Parliament and the European Union, demanding them to impose more transparency and accountability measures on Frontex, including the establishment of an independent oversight committee to investigate any violations and to prevent the commitment of more violations in the future. Euro-Med Monitor's letters included warning against the grave violations resulting from using drones to intercept asylum seekers.