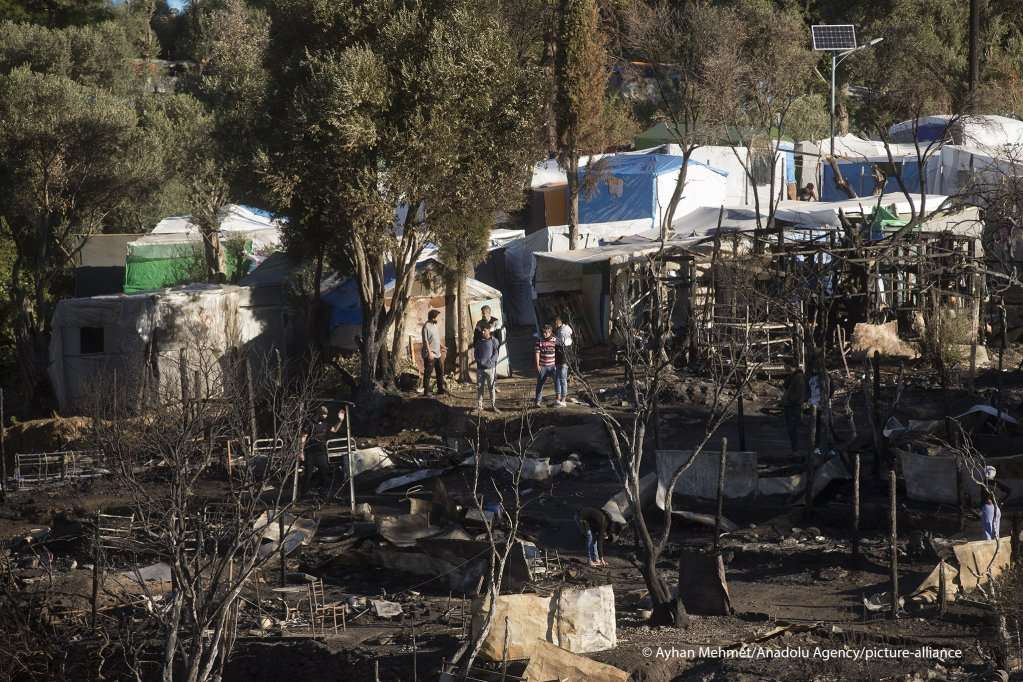 With another fire breaking out this week in yet another grossly overcrowded Greek refugee camp, the fact that these camps are dangerously unsustainable becomes clear cut, the Euro-Mediterranean Human Rights Monitor said in a statement today, the unlivable conditions migrants and asylum seekers are forced to endure indefinitely in these camps pose serious risks to their physical and mental safety and wellbeing.

Last Monday, a fire broke out at Vathy refugee camp on the Greek island of Samos, where 4,500 migrants are sheltered in a facility built for 650. According to the Greece's Ministry of Migration and Asylum, the fire erupted in Vathy camp in the early morning hours and caused no injuries but destroyed 15 tents and left at least 150 persons without shelter.

Fortunately, the fire was brought under control soon after, but authorities do not know what caused it yet. In the month of September two other fires broke out in the same camp, while just a few days ago the island of Samos was hit by a 6.7-magnitude earthquake causing a mini-tsunami.

Vathy is one of the most overcrowded and unhygienic refugee camps in Greece, with terribly inadequate infrastructure. More than 100 residents of the camp have tested positive for COVID-19, however, they lack proper access to medical treatment, and have been in a continuing lockdown.

“The fire has once again revealed how desperate and unsafe the situation in Greek refugee camps is”, said Michela Pugliese, Legal Researcher at the Euro-Med Monitor, “The restriction of movement, the overcrowding, the lack of proper infrastructure, the rise in COVID-19 cases and the unhygienic and inhumane conditions of Vathy camp make such outcome predictable.”

The dire conditions of Vathy camp, worsened by the recent fire, violate international human rights law, particularly the migrants’ right to adequate housing and health, enshrined inter alia in the Universal Declaration of Human Rights and the International Covenant on Economic, Social and Cultural Rights. In particular, Art. 25 of the Universal Declaration of Human Rights affirms that “Everyone has the right to a standard of living adequate for the health and well-being of himself and of his family, including food, clothing, housing and medical care and necessary social services, and the right to security in the event of (…) lack of livelihood in circumstances beyond his control”.

Euro-Med Monitor calls on Greece to immediately close Vathy camp and other similar overcrowded, unsafe and unsanitary camps in the Aegean islands and transfer the asylum seekers to adequate accommodation centers in Greece or in other EU states.

Euro-Med Monitor calls on the European Union to respect, protect and fulfill international and regional law concerning asylum seekers and migrants’ rights. Particularly Art. 12  of the International Covenant on Economic, Social and Cultural Rights, ratified by all 27 EU member states, and Art. 17.2 of the Directive 2013/33/EU laying down standards for the reception of applicants for international protection and stating that “Member States shall ensure that material reception conditions provide an adequate standard of living for applicants, which guarantees their subsistence and protects their physical and mental health”.