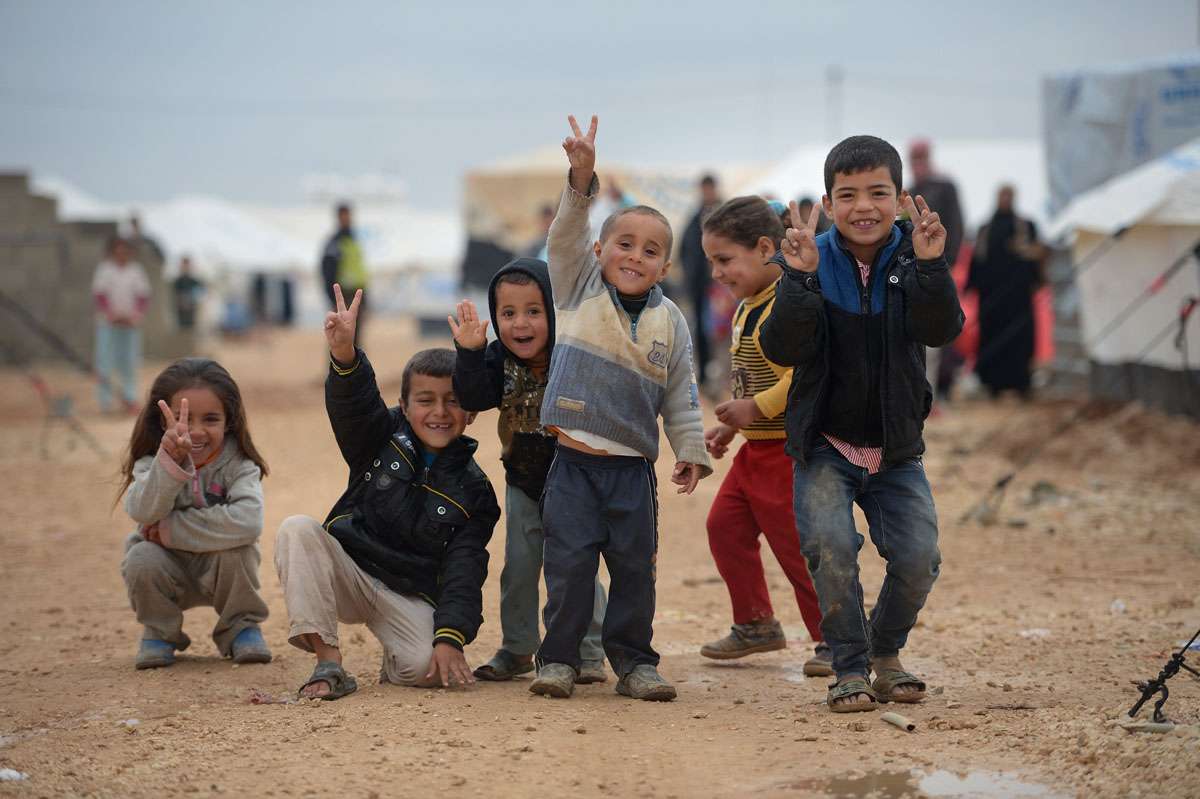 We are proud to bring about real change through concrete steps to bring justice to victims of human rights violations in collaboration with other organizations around the world. After decades of armed conflicts and wars, the Middle East and North Africa have become a hub for human rights violations, with most perpetrators enjoying impunity. People have lost faith in the ability of human rights defenders to help them. Nonetheless, change is happening at the hands of hundreds of thousands of these courageous human rights defenders. In the words of Professor Richard Falk, chair of the Euro-Med Monitor Board of Trustees: “It is important to continue the struggle despite frustrations and disappointment based on an ultimate faith in the triumph of justice”. Here are some of our accomplishments:

The European Commission issued a new notice/ procedure against Hungary in which it considers Hungary's new laws against refugees and asylum seekers illegal and violates the European Union laws for asylum seekers. The Hungarian government closed its transit areas and approved a new law prohibiting asylum seekers from entering the country. Under the new law, asylum seekers must first submit "a declaration of intent" at the embassies of Hungary in Serbia or Ukraine, and if they were approved by the National Directorate-General for Aliens Policing (formerly the Office of Immigration), asylum seekers can then enter the territory of Hungary to formally submit an asylum application.

During a lobbying and advocacy campaign extending for more than three years, Euro-Med Monitor has worked with partner international organizations to pressure the EU governments to accommodate more asylum seekers and distribute the burden among them. Euro-Med Monitor called on the EU to search for the best mechanisms to redistribute refugees and asylum seekers in Hungary in a fair manner between the EU member states, pressure the Hungarian government to take full responsibility for migrants and asylum seekers in its custody, and put an end to violations of their basic rights.

Euro-Med Monitor worked with its partners to urge the Hungarian government to immediately stop all violations, provocations, and harassments against refugees and asylum seekers on its territory, and to treat them in a manner that preserves their human dignity.

The EU Ombudsman announced on 10 November that an investigation has been opened into the possible complicity of the EU's Executive in mismanaging funds allocated for overseeing the conduct of the Croatian border officers accused of participating in violence against asylum seekers, including shootings of refugees.

On May 19, Euro-Med Monitor addressed the Croatian government and concerned parties in the EU to immediately put an end to all illegal and discriminatory practices against asylum seekers and to conduct an independent investigation into violations committed by the Croatian police against refugees.

On 30 November, the Spanish authorities have cleared and dismantled dock camp in Gran Canaria, which was used to accommodate thousands of migrants and asylum seekers in very adverse conditions since last August.

On November 26, Euro-Med Monitor issued an urgent appeal to the Spanish authorities to end the overcrowding conditions in refugee camps in the Canary Islands, to deal with unsanitary conditions, to increase alternative reception centers, to transfer asylum seekers to the Spanish mainland in a quicker manner, and to establish fair asylum procedures for migrants and asylum seekers.

The EU called on the Israeli government to halt its policy of home demolitions in the occupied Palestinian territories (oPt), including demolishing housing units funded by the EU. This comes amid the high rate of demolitions this year.

In lobbying and advocacy campaigns that spanned over years, Euro-Med Monitor representatives met with members of the European Parliament and launched an intensive correspondence campaign revealing the high number of demolitions against projects funded by the EU in the Palestinian territories. Euro-Med Monitor brought the case to the United Nations Human Rights Council (UNHRC), providing a number of reports and statements, and contacted the Special Rapporteur on housing to exert pressure on Israel to put an end to its violations and demolitions last September.

The Jericho Magistrate’s Court issued a decision to release Palestinian activist Nizar Banat after he was arrested for publishing a video on Facebook criticizing the resumption of relations between the Palestinian Authority (PA) and Israel.

On November 22, Euro-Med Monitor called on concerned bodies in the PA and its Public Prosecutor to immediately release Banat, and urged the PA to to review its security policies in dealing with opponents and to put an end to all violations committed against the rights guaranteed by relevant international laws and treaties.

Negotiators in the European Council and the European Parliament approved new rules on November 8 that would control the export of dual-use goods such as electronic surveillance equipment to third countries that might use these technologies to harm their own citizens and are involved in human rights violations.

During the past months, Euro-Med Monitor, in cooperation with partner organizations, addressed several European Parliament members and representatives. The Euro-Med released several reports revealing the grave human rights violations committed by both Saudi Arabia and the UAE against civilians, including the war in Yemen, enforced disappearances, and arrest campaigns against journalists and activists for opposing the regime. Euro-Med Monitor, in cooperation with its partners in the region, called on the European Union (EU) countries to stop the export of weapons and modern surveillance technologies to countries that violate human rights in the Middle East.

On November 10, members of the European Parliament called for ensuring accountability for the European Border and Coast Guard Agency (Frontex) over returning migrants and asylum seekers from Greece to Turkish territorial waters.

On May 6, 2020, Euro-Med Monitor addressed members of the European Parliament and the EU to impose transparency and accountability measures against Frontex practices and to establish an independent oversight committee to investigate and prevent any violations.