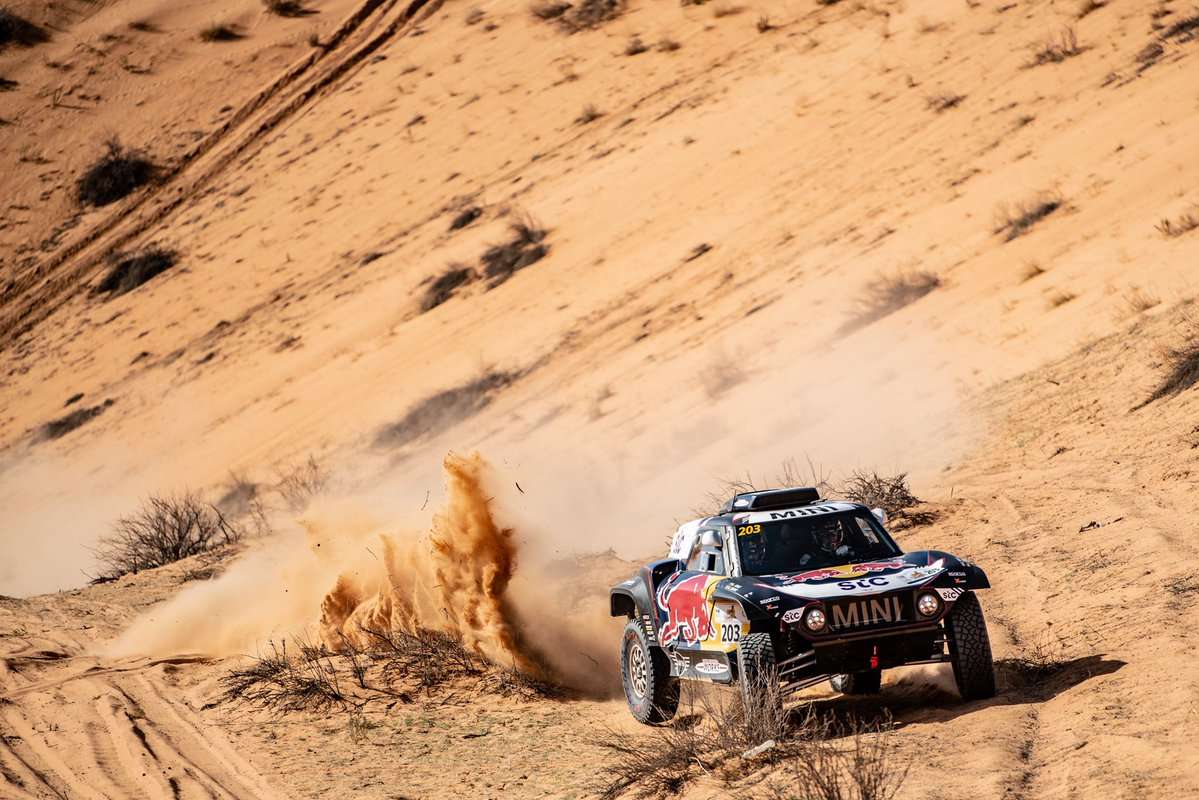 The Dakar Rally, the world's most famous off-road endurance race, is due to take place in Saudi Arabia for its second edition from 3 to 15 of January 2021. As hundreds of participants will drive across beautiful landscapes in what has been labelled “the world’s most challenging rally,” thousands of peaceful dissidents, human rights defenders, women’s rights activists and others continue to languish in Saudi prisons without access to legal redress or contact with the outside world.

The annual off-road endurance rally organized by the French Amaury Sport Organisation (ASO) signed a contract in 2019 promising a five-year partnership with Saudi Arabia as the host. While the partnership plays a part of Saudi Arabia’s “Vision 2030” economic reform plan, it also contributes to “sportswashing” of the country’s human rights record— hosting major events that seek to gloss over serious human rights violations committed by Saudi authorities. Although the Dakar Rally’s director David Castera said they “signed in to a development programme in Saudi Arabia that is moving towards more openness,” the undersigned believe that the authorities must first be held accountable for the human rights violations committed domestically and abroad. Saudi Arabia is using the 2021 Dakar Rally as part of an extensive public relations campaign to improve its current image and influence the tourism sector in the Kingdom, instead of addressing gross human rights abuses.

In recent years, Saudi Arabia has been increasingly scrutinized for its human rights record after the murder of journalist Jamal Khashoggi in October 2018 at the Saudi consulate in Istanbul, Turkey. Lack of transparency in the investigation into Khashoggi’s murder, combined with the government’s crackdown on human rights defenders and peaceful dissenting voices, and the Kingdom’s role in war crimes committed during its military operations in Yemen, have led to mounting pressure from the international community.

In 2018, Saudi Arabia conducted a nationwide crackdown on notable Saudi women activists challenging the prejudiced male guardianship system including by peacefully campaigning for their right to drive. Loujain al-Hathloul, Samar Badawi, Nassima al-Sadah, Nouf Abdulaziz, and Mayaa al-Zahrani are among some of the activists currently detained for their activism. It has been reported that they were subjected to torture in detention, including flogging, electric shocks, sexual harassment and being held in solitary confinement. Several other women’s rights defenders have been temporarily released; however, many are still awaiting trial and could face lengthy prison sentences. Loujain’s case was recently heard before the Specialized Criminal Court and she is now facing trumped-up charges related to terrorism and national security.

It is important to note that whilst these women activists suffer in prison after advocating for their right to drive, 16 women drivers will be participating in the 2021 Dakar Rally, unrestrained.

The Kingdom gave women the right to drive in June 2018 and removed travel restrictions for women over 21; however, the authorities have yet to fully dismantle the male guardianship system, address gender inequality, end the arbitrary detention and prosecution of human rights activists and suspend unlawful military operations and attacks on civilians in Yemen.

The Saudi government claims that the Dakar Rally will show the world the “true face of the Kingdom,” if so, it is a face veiled by the country’s poor human rights record and bloody war in Yemen.

The implementation of human rights policies into ASO’s business could affect millions of people in the sports and media ecosystem – from the youngest cyclists, to female rally racers, to LGBTQIA+ fans watching international sporting competitions and journalists. The ability of civil society to operate where ASO holds events is essential to upholding the company’s credibility and avoiding any contribution or linkage to human rights violations.

Finally, we encourage media outlets and official broadcasters covering the event to present a realistic picture of Saudi Arabia in their programming, including the undoubted natural beauty of the land, but also its less inspiring human rights abuses. The undersigned believe people are free to make the Kingdom their tourist destination of choice; however that choice must be an informed one and it is the duty of the media to provide balanced and comprehensive information to the public, instead of relaying Saudi Arabia’s narrative.

The undersigned NGOs call upon the Dakar Rally participants, organizers, sponsors, media outlets, government institutions, businesses and supporters to urge the Saudi authorities to release immediately and unconditionally all dissidents and human rights defenders currently in jail for their peaceful activism and take a stand to help counter the Saudi government’s public relations campaign by highlighting the true face of Saudi Arabia.

You can genuinely make a difference in these activists’ lives and their struggle for freedom and gender equality. We are asking Dakar Rally participants to help increase awareness of the #StandWithSaudiHeroes campaign by getting creative with a display of solidarity; one suggestion could be to wear something pink during the event.

In the lead up to the Rally, please add your voice to the campaign by showing support on social media channels using the hashtag #StandWithSaudiHeroes, follow campaign developments online and reach out to competitors representing your home country and ask them to participate.

Geneva Council for Rights and Liberties